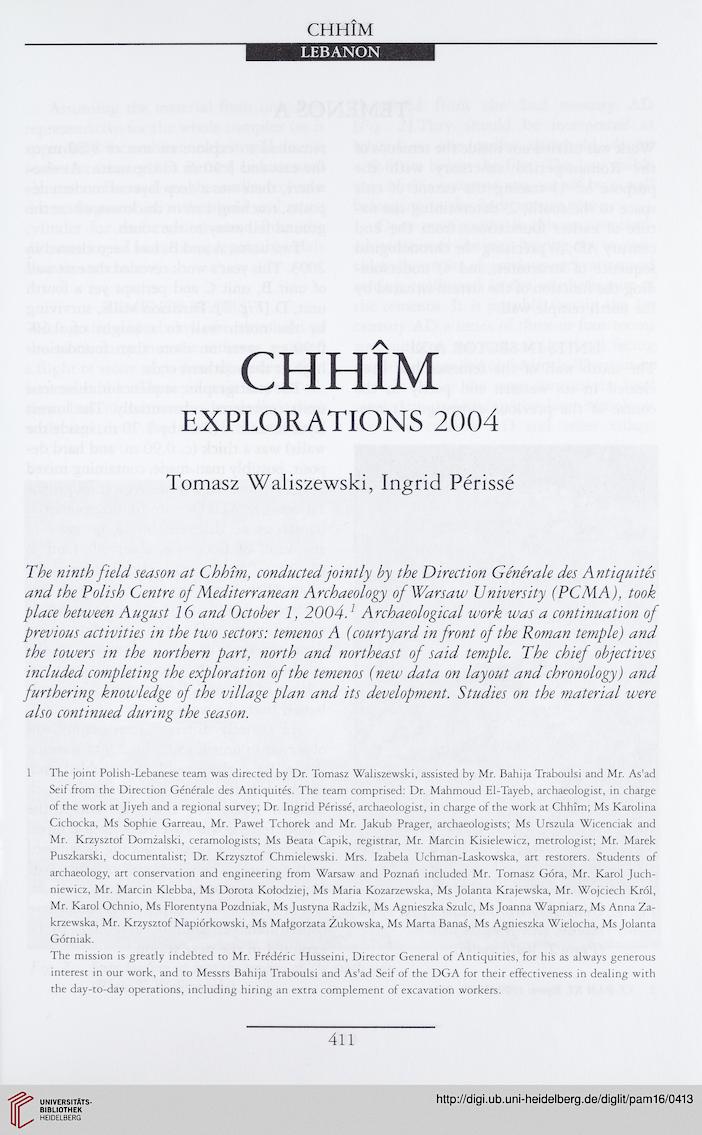 The ninth field season at Chhim, conducted jointly by the Direction Generale des Antiquites
and the Polish Centre of Mediterranean Archaeology of Warsaw University {PCM A), took
place between August 16 and October 1, 2004.1 Archaeological work was a continuation of
previous activities in the two sectors: temenos A (courtyard in front of the Roman temple) and
the towers in the northern part, north and northeast of said temple. The chief objectives
included completing the exploration of the temenos (new data on layout and chronology) and
furthering knowledge of the village plan and its development. Studies on the material were
also continued during the season.