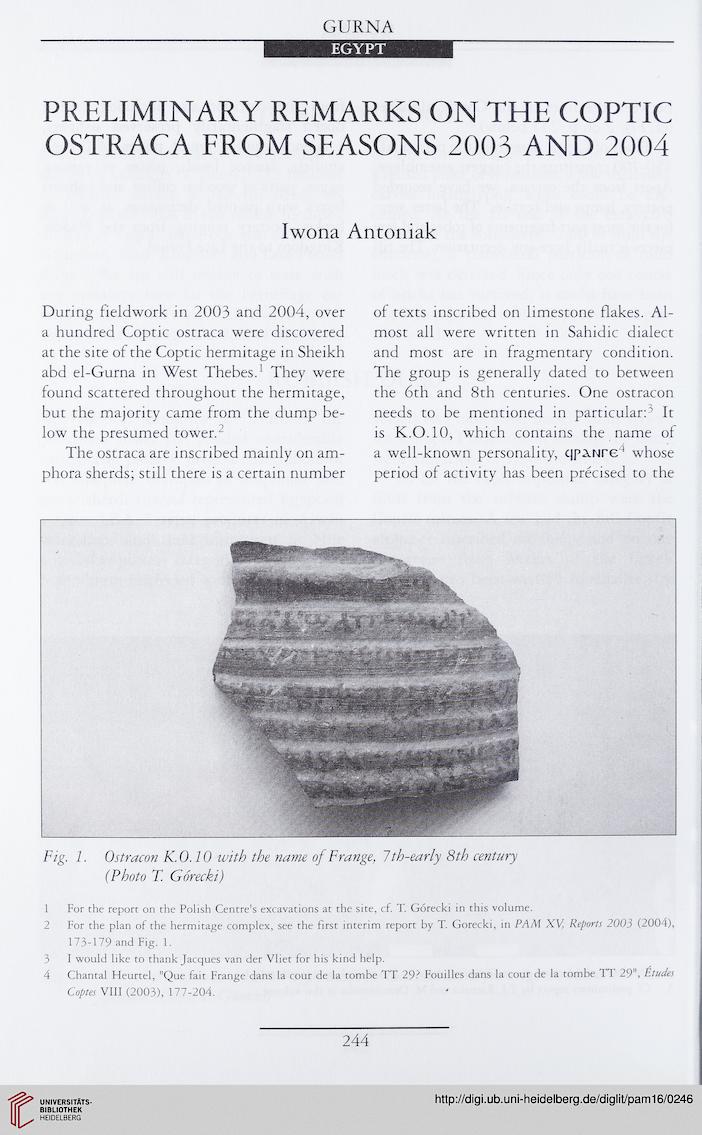 PRELIMINARY REMARKS ON THE COPTIC
OSTRACA FROM SEASONS 2003 AND 2004

During fieldwork in 2003 and 2004, over
a hundred Coptic ostraca were discovered
at the site of the Coptic hermitage in Sheikh
abd el-Gurna m West Thebes.1 They were
found scattered throughout the hermitage,
but the majority came from the dump be-
low the presumed tower.2
The ostraca are inscribed mainly on am-
phora sherds; still there is a certain number

of texts inscribed on limestone flakes. Al-
most all were written in Sahidic dialect
and most are in fragmentary condition.
The group is generally dated to between
the 6th and 8th centuries. One ostracon
needs to be mentioned in particular:3 It
is K.O.10, which contains the name of
a well-known personality, qp^Nre4 whose
period of activity has been precised to the