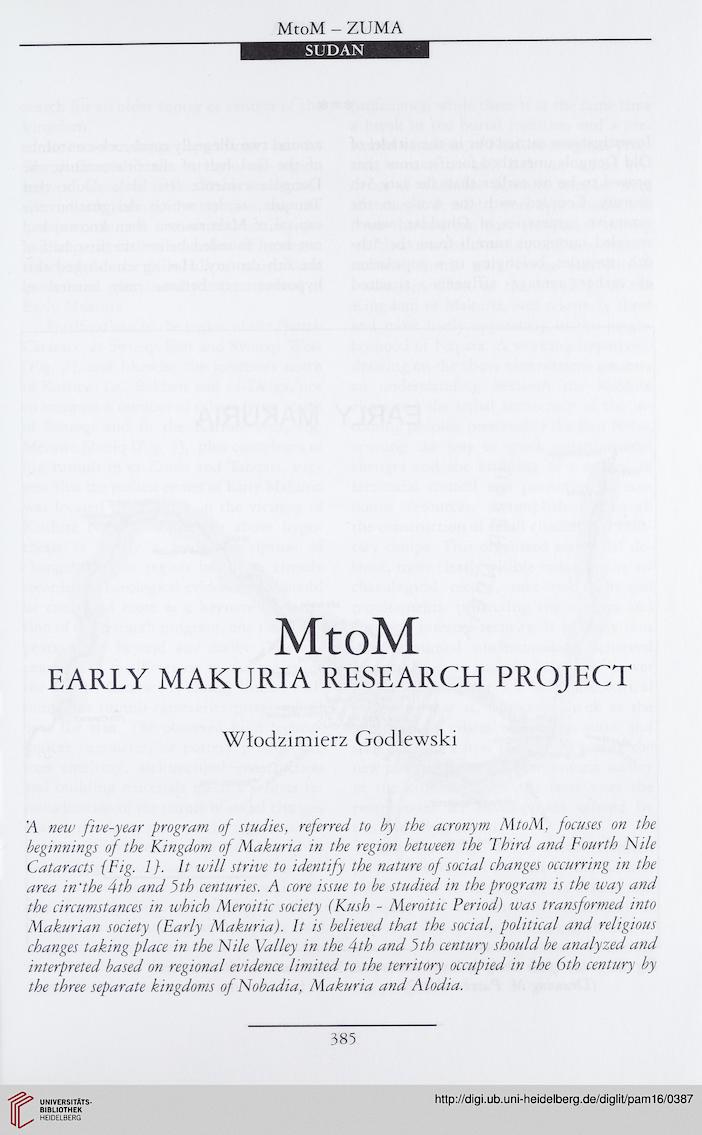 A new five-year program of studies, referred to by the acronym MtoM, focuses on the
beginnings of the Kingdom of Makuria in the region between the Third and Fourth Nile
Cataracts {Fig. 1}. It will strive to identify the nature of social changes occurring in the
area in'the 4th and 5 th centuries. A core issue to be studied in the program is the way and
the circumstances in which Meroitic society (Kush - Meroitic Period) was transformed into
Makurian society (Early Makuria). It is believed that the social, political and religious
changes taking place in the Nile Valley in the 4th and 5th century should be analyzed and
interpreted based on regional evidence limited to the territory occupied in the 6th century by
the three separate kingdoms of Nobadia, Makuria and Alodia.