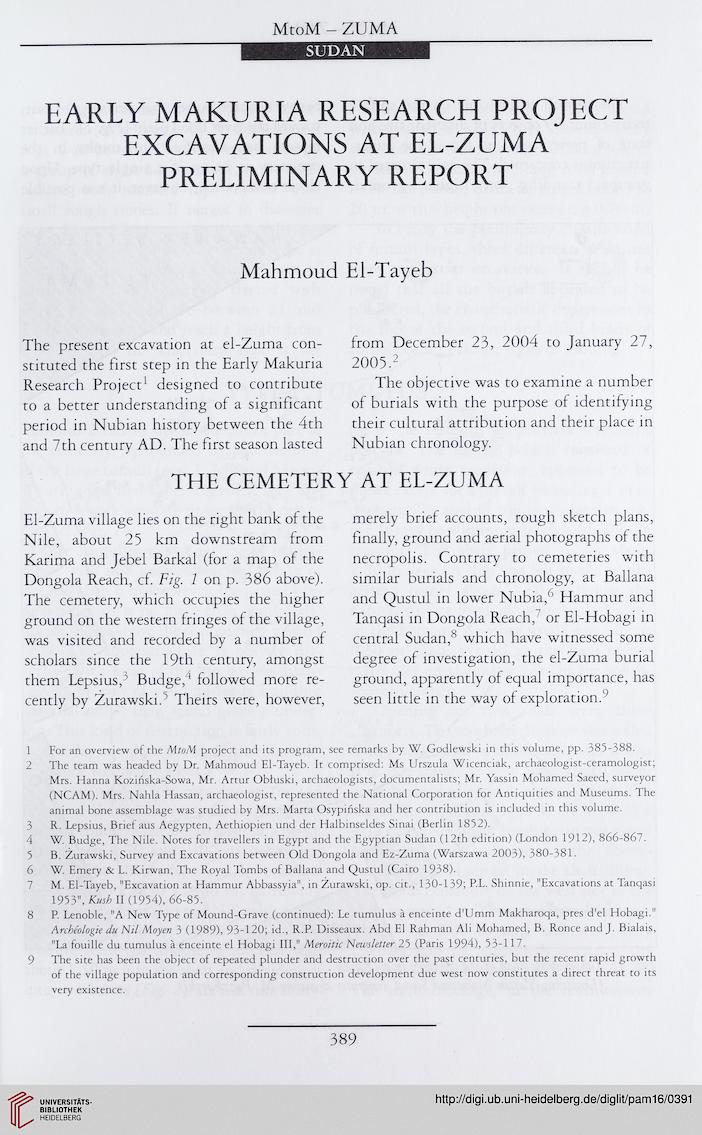 The present excavation at el-Zuma con-
stituted the first step in the Early Makuria
Research Project1 designed to contribute
to a better understanding of a significant
period in Nubian history between the 4th
and 7th century AD. The first season lasted

from December 23, 2004 to January 27,
2005.2
The objective was to examine a number
of burials with the purpose of identifying
their cultural attribution and their place in
Nubian chronology.

El-Zuma village lies on the right bank of the
Nile, about 25 km downstream from
Karima and Jebel Barkal (for a map of the
Dongola Reach, cf. Fig. 1 on p. 386 above).
The cemetery, which occupies the higher
ground on the western fringes of the village,
was visited and recorded by a number of
scholars since the 19th century, amongst
them Lepsius,3 Budge,4 followed more re-
cently by Zurawski.5 Theirs were, however,

merely brief accounts, rough sketch plans,
finally, ground and aerial photographs of the
necropolis. Contrary to cemeteries with
similar burials and chronology, at Ballana
and Qustul in lower Nubia,6 Hammur and
Tanqasi in Dongola Reach,7 or El-Hobagi in
central Sudan,8 which have witnessed some
degree of investigation, the el-Zuma burial
ground, apparently of equal importance, has
seen little in the way of exploration.9