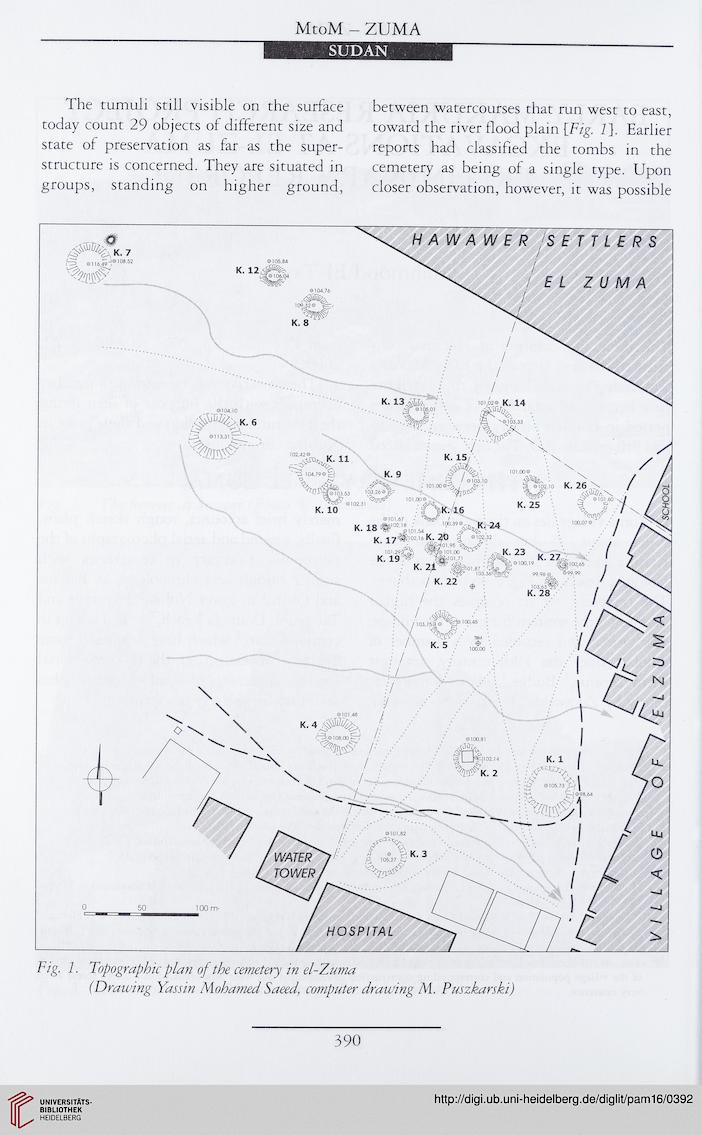 The tumuli still visible on the surface
today count 29 objects of different size and
state of preservation as far as the super-
structure is concerned. They are situated in
groups, standing on higher ground,

between watercourses that run west to east,
toward the river flood plain {Fig. 1]. Earlier
reports had classified the tombs in the
cemetery as being of a single type. Upon
closer observation, however, it was possible