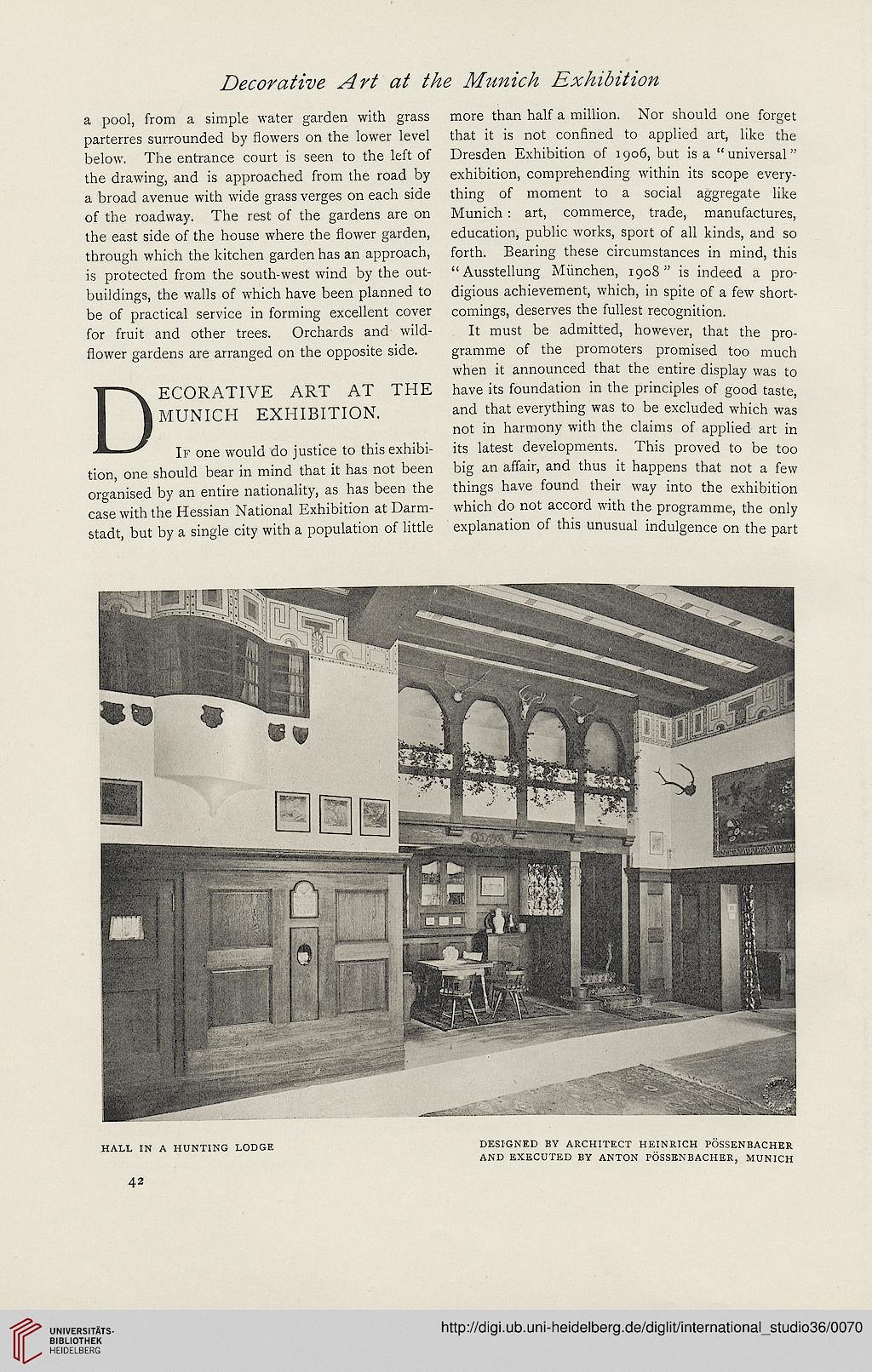 a pool, from a simple water garden with grass
parterres surrounded by dowers on the lower level
below. The entrance court is seen to the left of
the drawing, and is approached from the road by
a broad avenue with wide grass verges on each side
of the roadway. The rest of the gardens are on
the east side of the house where the Hower garden,
through which the kitchen garden has an approach,
is protected from the south-west wind by the out-
buildings, the walls of which have been planned to
be of practical service in forming excellent cover
for fruit and other trees. Orchards and wild-
dower gardens are arranged on the opposite side.

ECORATIVE ART AT THE
MUNICH EXHIBITION.

IF one would do justice to thisexhibi-
tion, one should bear in mind that it has not been
organised by an entire nationality, as has been the
case with the Hessian National Exhibition at Darm-
stadt, but by a single city with a population of little

more than half a million. Nor should one forget
that it is not conhned to applied art, like the
Dresden Exhibition of 1906, but is a " universal"
exhibition, comprehending within its scope every-
thing of moment to a social aggregate like
Munich : art, commerce, trade, manufactures,
education, public works, sport of all kinds, and so
forth. Bearing these circumstances in mind, this
"Ausstellung Miinchen, 1908" is indeed a pro-
digious achievement, which, in spite of a few short-
comings, deserves the fullest recognition.
It must be admitted, however, that the pro-
gramme of the promoters promised too much
when it announced that the entire display was to
have its foundation in the principles of good taste,
and that everything was to be excluded which was
not in harmony with the claims of applied art in
its latest developments. This proved to be too
big an aHair, and thus it happens that not a few
things have found their way into the exhibition
which do not accord with the programme, the only
explanation of this unusual indulgence on the part


HALL IN A HUNTING LODGE