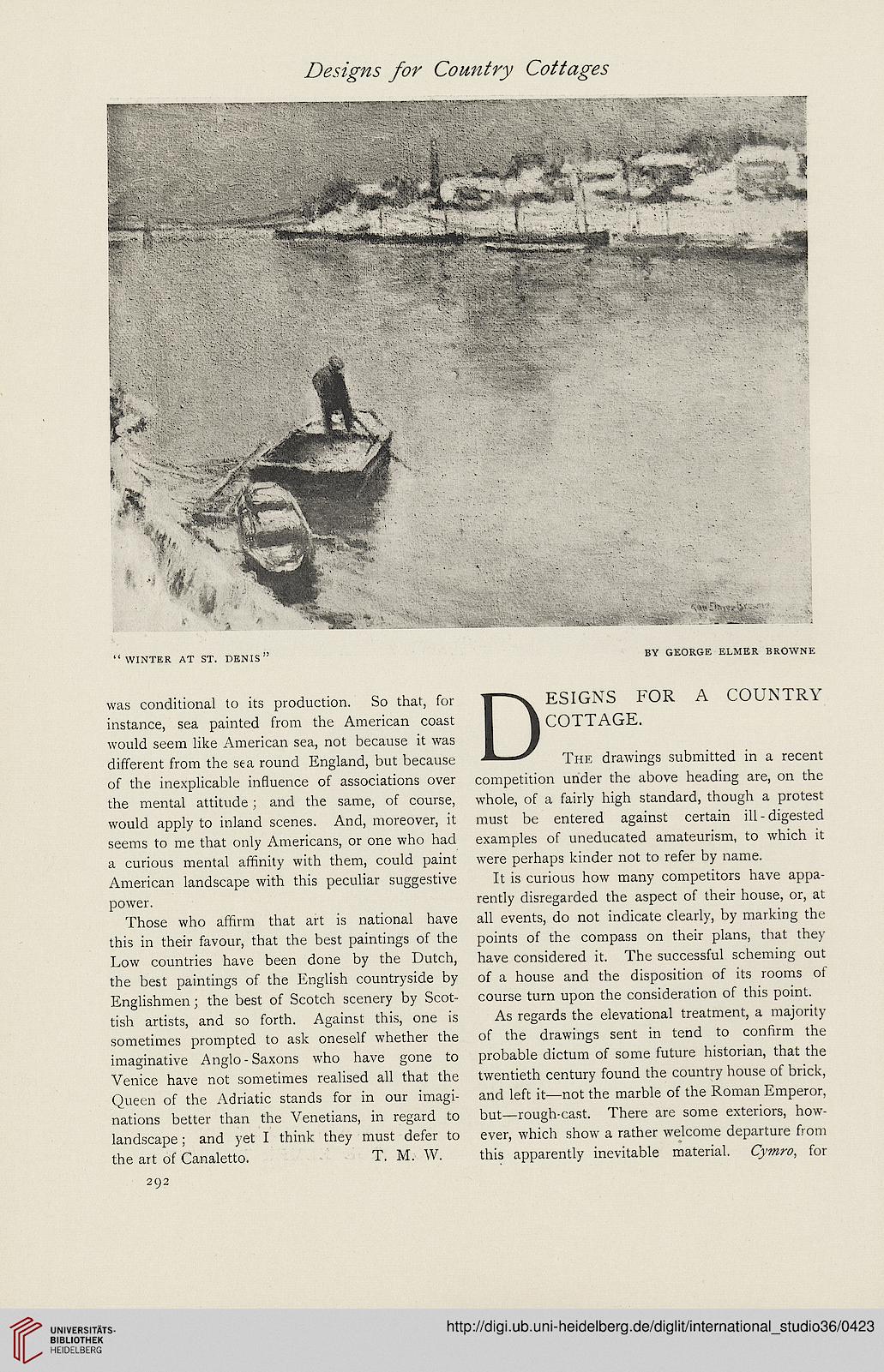 was conditionat to its production. So that, for
instance, sea painted from the American coast
would seem iike American sea, not because it was
different from the sea round England, but because
of the inexpiicabie inhuence of associations over
the mental attitude; and the same, of course,
wouid appiy to inland scenes. And, moreover, it
seems to me that only Americans, or one who had
a curious mentai athnity with them, couid paint
Anrerican iandscape with this pecuiiar suggestive
power.
Those who afhrnr that art is nationai have
this in their favour, that the best paintings of the
Low countries have been done by the Dutch,
the best paintings of the Engiish countryside by
Engiishmen; the best of Scotch scenery by Scot-
tish artists, and so forth. Against this, one is
sometimes prompted to ask oneseif whether the
imaginative Angio - Saxons who have gone to
Venice have not sometimes reaiised all that the
Queen of the Adriatic stands for in our imagi-
nations better than the Venetians, in regard to
landscape; and yet I think they must defer to
the art of Canaletto. T. M. W.

THE drawings submitted in a recent
competition under the above heading are, on the
whole, of a fairiy high standard, though a protest
must be entered against certain iii-digested
examples of uneducated amateurism, to which it
were perhaps kinder not to refer by name.
It is curious how many competitors have appa-
rentiy disregarded the aspect of their house, or, at
aii events, do not indicate ciearly, by marking the
points of the compass on their pians, that they
have considered it. The successfui scheming out
of a house and the disposition of its rooms of
course turn upon the consideration of this point.
As regards the eievationai treatment, a majority
of the drawings sent in tend to confirm the
probabie dictum of some future historian, that the
twentieth century found the country house of brick,
and ieft it—not the marble of the Roman Emperor,
but—rough-cast. There are some exteriors, how-
ever, which show a rather weicome departure from
this apparentiy inevitable material. CyTww, for