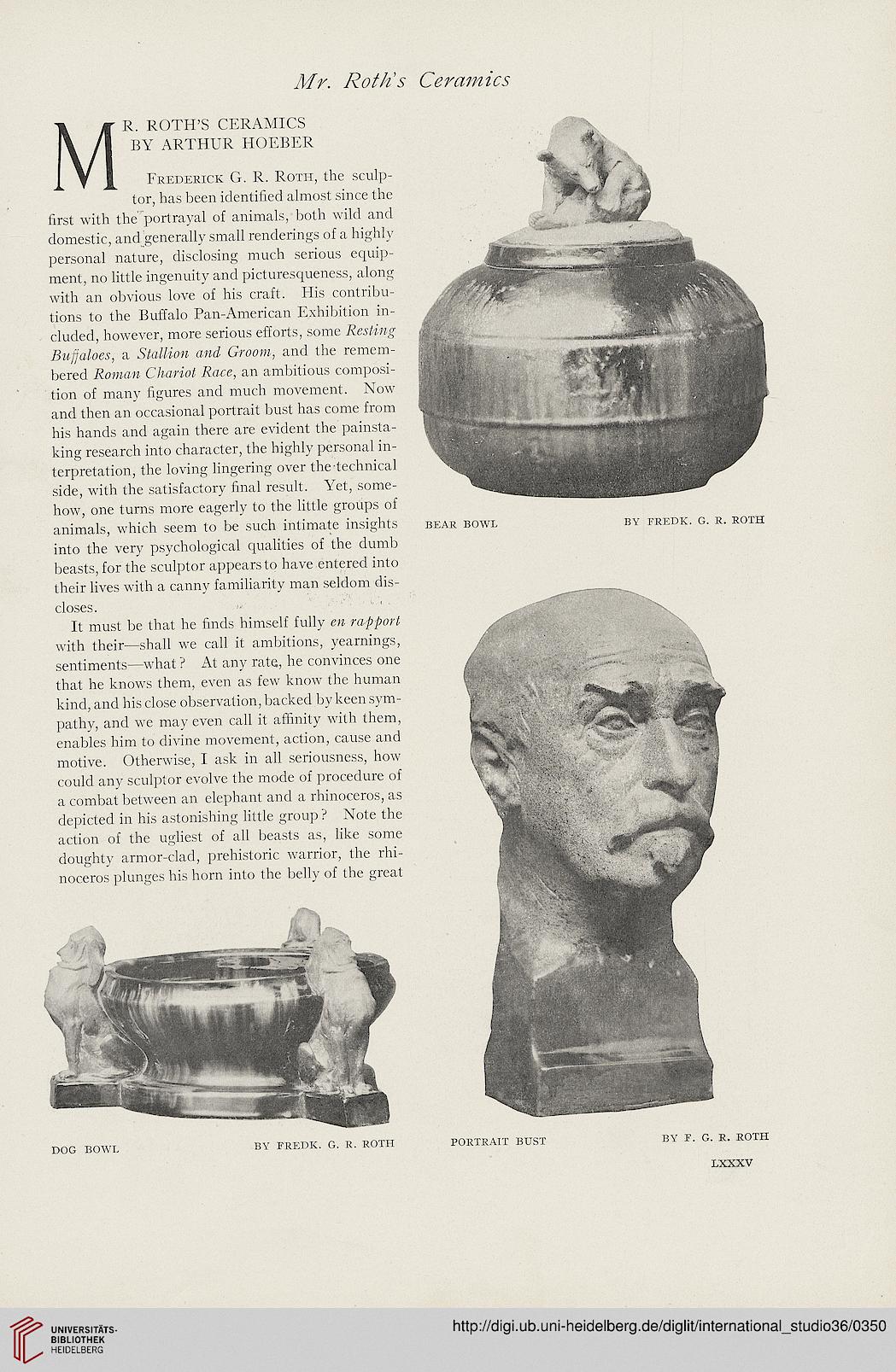 FREDERiCK G. R. RoTn, the sculp-
tor, ha.s been identihed almost since the
hrst with the portrayal of animats, both wild and
domestic, and generaiiy smail renderings of a highiy
personal nature, disclosing much serious equip-
ment, no iittie ingenuity and picturesqueness, aiong
with an obvious iove of his craft. His contribu-
tions to the Buffaio Pan-American Exhibition in-
ciuded, however, more serious efforts, some
a .SMfiow Gwow, and the remem-
bered Rowaw C/tuHot Roce, an ambitious composi-
tion of many figures and much movement. Now
and then an occasionai portrait bust has come from
his hands and again there are evident the painsta-
king research into character, the highiy personai in-
terpretation, the loving lingering over the technical
side, with the satisfactory Anai resuit. Yet, some-
how, one turns more eageriy to the little groups of
animais, which seem to be such intimate insights
into the very psychological qualities of the dumb
beasts, for the scuiptor appears to have entered into
their iives with a canny familiarity man seldom dis-
closes.
It must be that he finds himseif fuliy ew
with their—shaii we cali it ambitions, yeamings,
sentiments—what ? At any rate, he convinces one
that he knows them, even as few know the human
kind, and his ciose observation, backed by keen sym-
pathy, and we may even call it afhnity with them,
enables him to divine movement, action, cause and
motive. Otherwise, I ask in all seriousness, how
could any sculptor evolve the mode of procedure of
a combat between an elephant and a rhinoceros, as
depicted in his astonishing little group ? Note the
action of the ugliest of all beasts as, like some
doughty armor-clad, prehistoric warrior, the rhi-
noceros plunges his horn into the belly of the great