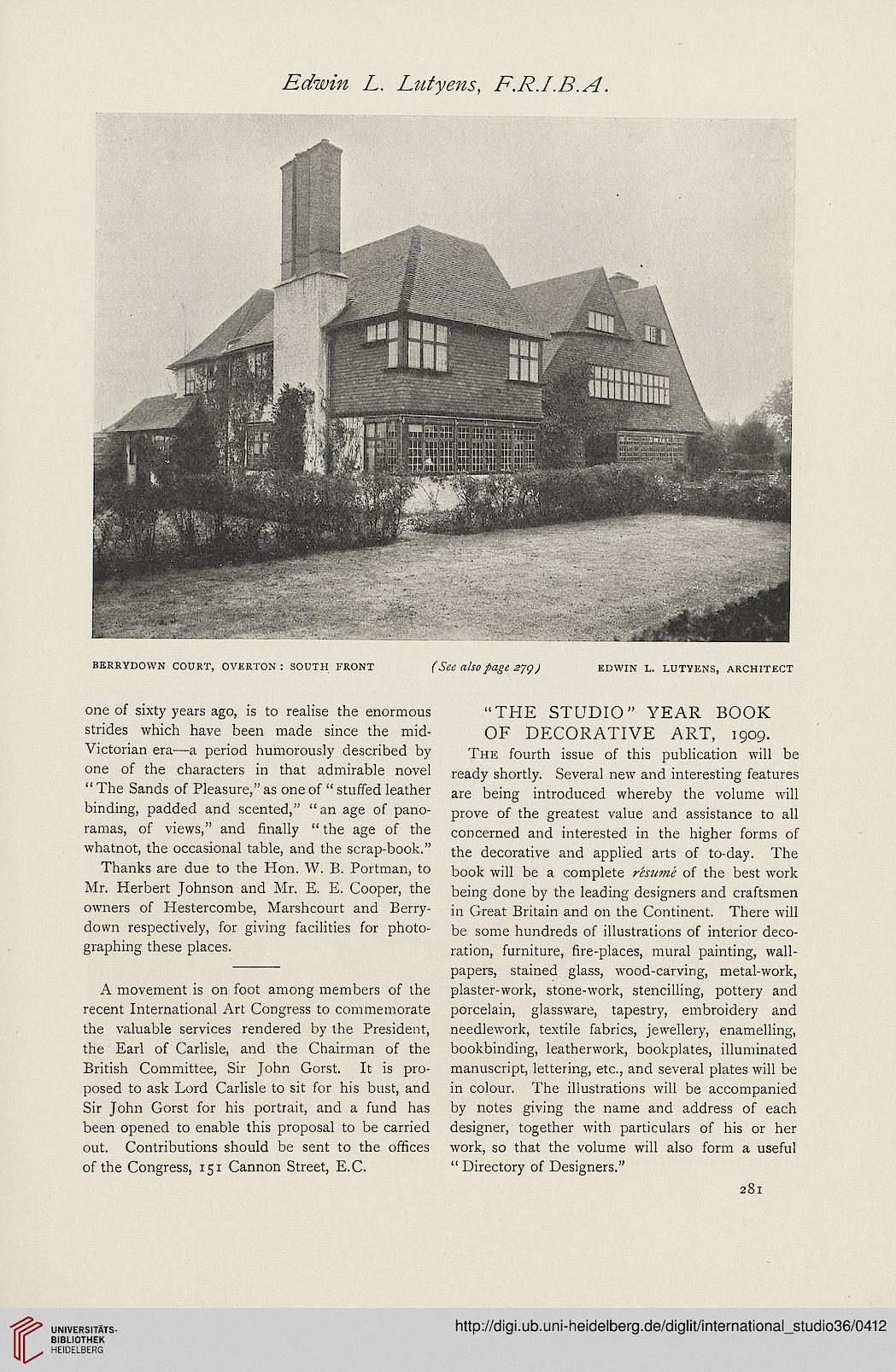 one of sixty years ago, is to realise the enormous
strides which have been made since the mid-
Victorian era—a period humorousiy described by
one of the characters in that admirable novei
" The Sands of Pleasure," as one of " stuffed leather
binding, padded and scented," " an age of pano-
ramas, of views," and finaHy " the age of the
whatnot, the occasional table, and the scrap-book."
Thanks are due to the Hon. W. B. Portman, to
Mr. Herbert Johnson and Mr. E. E. Cooper, the
owners of Hestercombe, Marshcourt and Berry-
down respectively, for giving facilities for photo-
graphing these places.

A movement is on foot among members of the
recent International Art Congress to commemorate
the valuable services rendered by the President,
the Earl of Carlisle, and the Chairman of the
British Committee, Sir John Gorst. It is pro-
posed to ask Lord Carlisle to sit for his bust, and
Sir John Gorst for his portrait, and a fund has
been opened to enable this proposal to be carried
out. Contributions should be sent to the ofHces
of the Congress, igi Cannon Street, E.C.

"THE STUDIO" YEAR BOOK
OF DECORATIVE ART, 1909.
THE fourth issue of this publication will be
ready shortly. Several new and interesting features
are being introduced whereby the volume will
prove of the greatest value and assistance to all
concerned and interested in the higher forms of
the decorative and applied arts of to-day. The
book will be a complete of the best work
being done by the leading designers and craftsmen
in Great Britain and on the Continent. There will
be some hundreds of illustrations of interior deco-
ration, furniture, Hre-places, mural painting, wall-
papers, stained glass, wood-carving, metal-work,
plaster-work, stone-work, stencilling, pottery and
porcelain, glassware, tapestry, embroidery and
needlework, textile fabrics, jewellery, enamelling,
bookbinding, leatherwork, bookplates, illuminated
manuscript, Iettering, etc., and several plates will be
in colour. The illustrations will be accompanied
by notes giving the name and address of each
designer, together with particulars of his or her
work, so that the volume will also form a useful
" Directory of Designers."