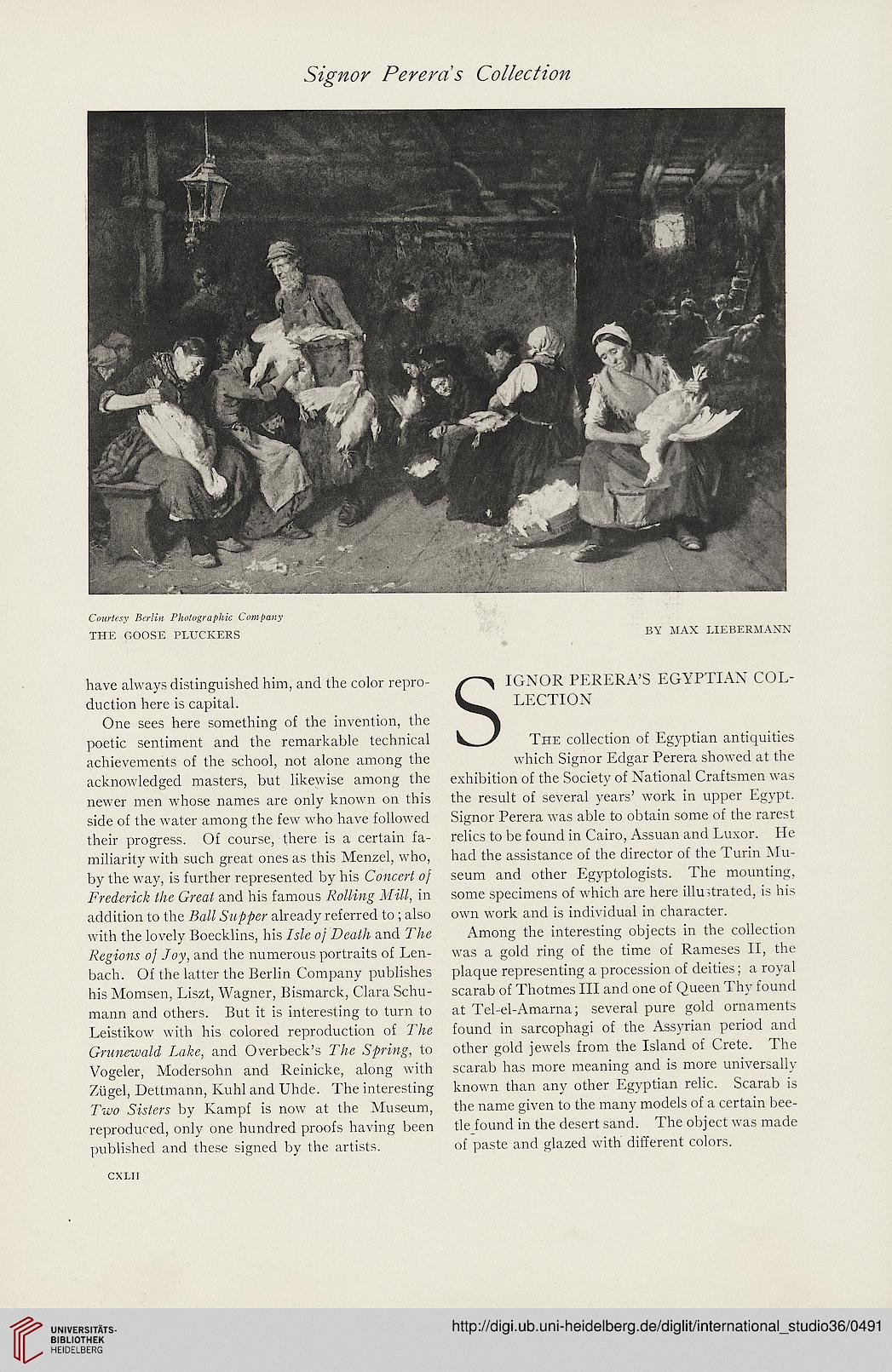 
THE GOOSE PLUCKERS BY MAX LIEBERMANN

ha,ve always distinguished him, and the color repro-
duction here is capital.
One sees here something of the invention, the
poetic sentiment and the remarkable technical
achievements of the school, not alone among the
acknowledged masters, but likewise among the
newer men whose names are only known on this
side of the water among the few who have followed
their progress. Of course, there is a certain fa-
miliarity with such great ones as this Menzel, who,
by the way, is further represented by his o/
and his famous RoMwg AffM, in
addition to the .BaM already referred to; also
with the lovely Boecklins, his Zs/e o/ and TAe
7s!cgM?M c/ Joy, and the numerous portraits of Len-
bach. Of the latter the Berlin Company publishes
his Momsen, Liszt, Wagner, Bismarck, Clara Schu-
mann and others. But it is interesting to turn to
Leistikow with his colored reproduction of LAe
GrMMgwaM and Overbeck's LAe to
Vogeler, Modersohn and Reinicke, along with
Ziigel, Dettmann, Kuhl and Uhde. The interesting
Two by Kampf is now at the Museum,
reproduced, only one hundred proofs having been
published and these signed by the artists.

THE collection of Egyptian antiquities
which Signor Edgar Perera showed at the
exhibition of the Society of National Craftsmen was
the result of several years' work in upper Egypt.
Signor Perera was able to obtain some of the rarest
relics to be found in Cairo, Assuan and Luxor. He
had the assistance of the director of the Turin Mu-
seum and other Egyptologists. The mounting,
some specimens of which are here illustrated, is his
own work and is individual in character.
Among the interesting objects in the collection
was a gold ring of the time of Rameses II, the
plaque representing a procession of deities; a royal
scarab of Thotmes III and one of Queen Thy found
at Tel-el-Amarna; several pure gold ornaments
found in sarcophagi of the Assyrian period and
other gold jewels from the Island of Crete. The
scarab has more meaning and is more universally
known than any other Egyptian relic. Scarab is
the name given to the many models of a certain bee-
tle found in the desert sand. The object was made
of paste and glazed with different colors.