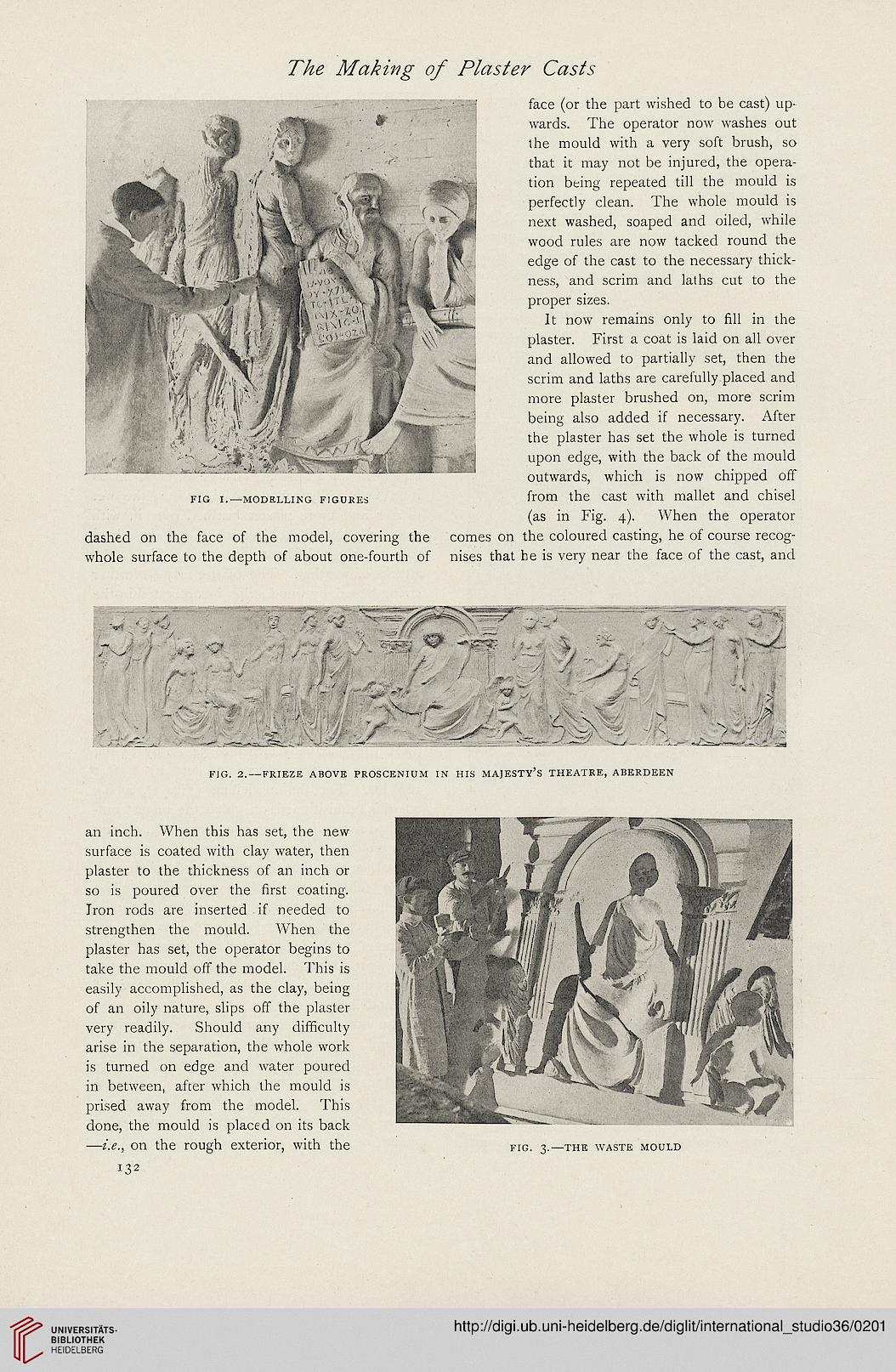 
FIG I.—MODELLIKG FIGURES
dashed on the face of the model, covering the
whole surface to the depth of about one-fourth of

face (or the part wished to be cast) up-
wards. The operator now washes out
the mould with a very soft brush, so
that it may not be injured, the opera-
tion being repeated tiil the mouid is
perfectly ciean. The whoie mouid is
next washed, soaped and oiied, white
wood rules are now tacked round the
edge of the cast to the necessary thick-
ness, and scrim and iaths cut to the
proper sizes.
It now remains oniy to fiil in the
plaster. First a coat is laid on ail over
and aiiowed to partialiy set, then the
scrim and laths are carefuliy piaced and
more piaster brushed on, more scrim
being also added if necessary. After
the plaster has set the whoie is turned
upon edge, with the back of the mouid
outwards, which is now chipped off
from the cast with maliet and chisei
(as in Fig. 4). When the operator
comes on the coioured casting, he of course recog-
nises that he is very near the face of the cast, and


an inch. When this has set, the new
surface is coated with ciay water, then
piaster to the thickness of an inch or
so is poured over the first coating.
Iron rods are inserted if needed to
strengthen the mould. When the
piaster has set, the operator begins to
take the mould off the modei. This is
easiiy accompiished, as the ciay, being
of an oiiy nature, siips oif the plaster
very readiiy. Shouid any difficuity
arise in the separation, the whole work
is turned on edge and water poured
in between, after which the mould is
prised away from the model. This
done, the mould is placed on its back
—f.^., on the rough exterior, with the
132