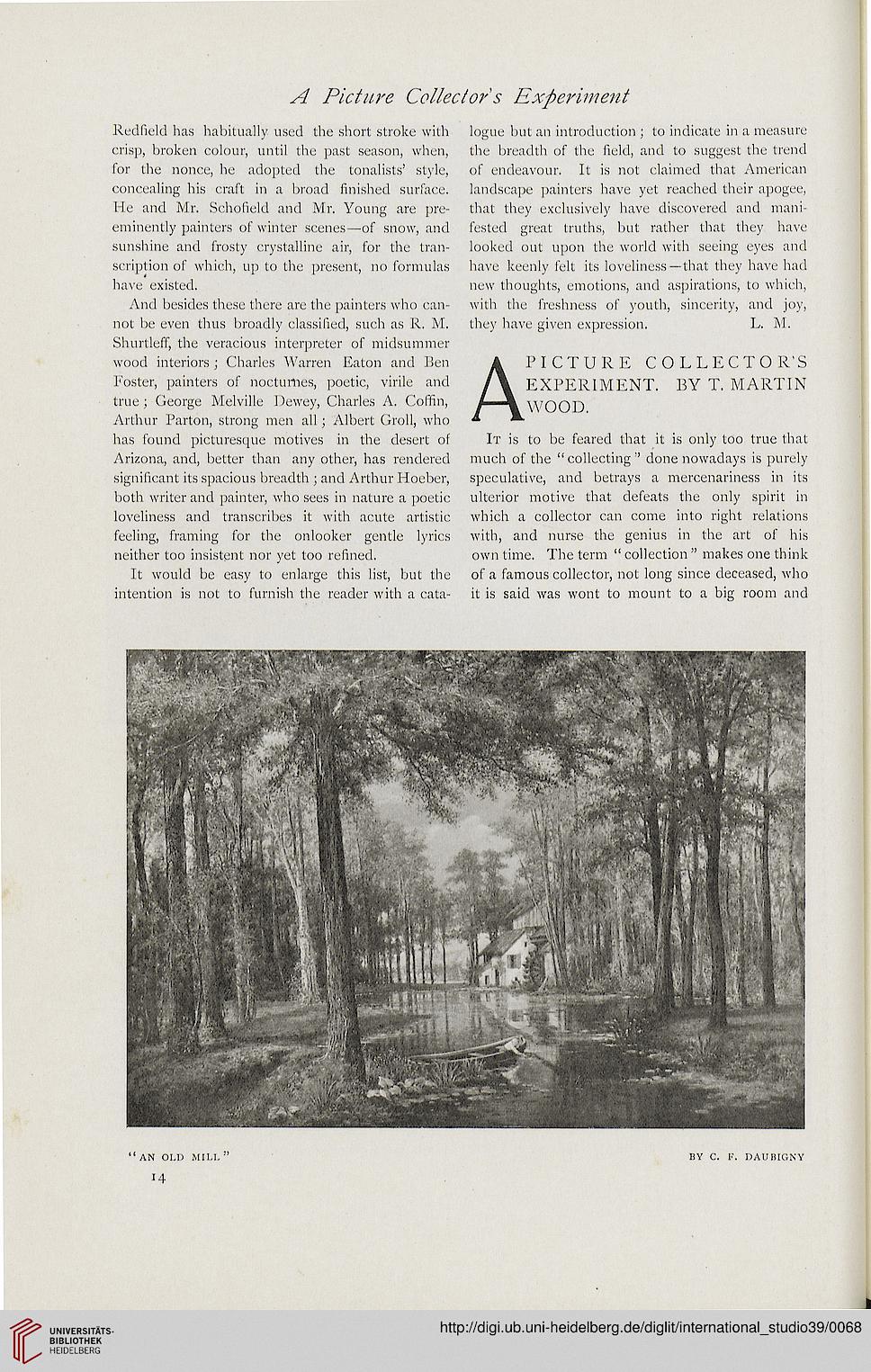 Redlield has habitually used die short stroke with logue but an introduction ; to indicate in a measure

crisp, broken colour, until the past season, when, the breadth of the field, and to suggest the trend

for the nonce, he adopted the tonalists' style, of endeavour. It is not claimed that American

concealing his craft in a broad finished surface. landscape painters have yet reached their apogee,

He and Mr. Schofield and Mr. Young are pre- that they exclusively have discovered and mani-

eminently painters of winter scenes—of snow, and fested great truths, but rather that they have

sunshine and frosty crystalline air, for the tran- looked out upon the world with seeing eyes and

scription of which, up to the present, no formulas have keenly felt its loveliness —that they have had

have existed. new thoughts, emotions, and aspirations, to which,

And besides these there are the painters who can- with the freshness of youth, sincerity, and joy,

not be even thus broadly classified, such as R. M. they have given expression. L. M.
Shurtleff, the veracious interpreter of midsummer

Arizona, and, better than any other, has rendered much of the "collecting" done nowadays is purely

significant its spacious breadth ; and Arthur Hoeber, speculative, and betrays a mercenariness in its

both writer and painter, who sees in nature a poetic ulterior motive that defeats the only spirit in

loveliness and transcribes it with acute artistic, which a collector can come into right relations

feeling, framing for the onlooker gentle lyrics with, and nurse the genius in the art of his

neither too insistent nor yet too refined. own time. The term " collection " makes one think

It would be easy to enlarge this list, but the of a famous collector, not long since deceased, who