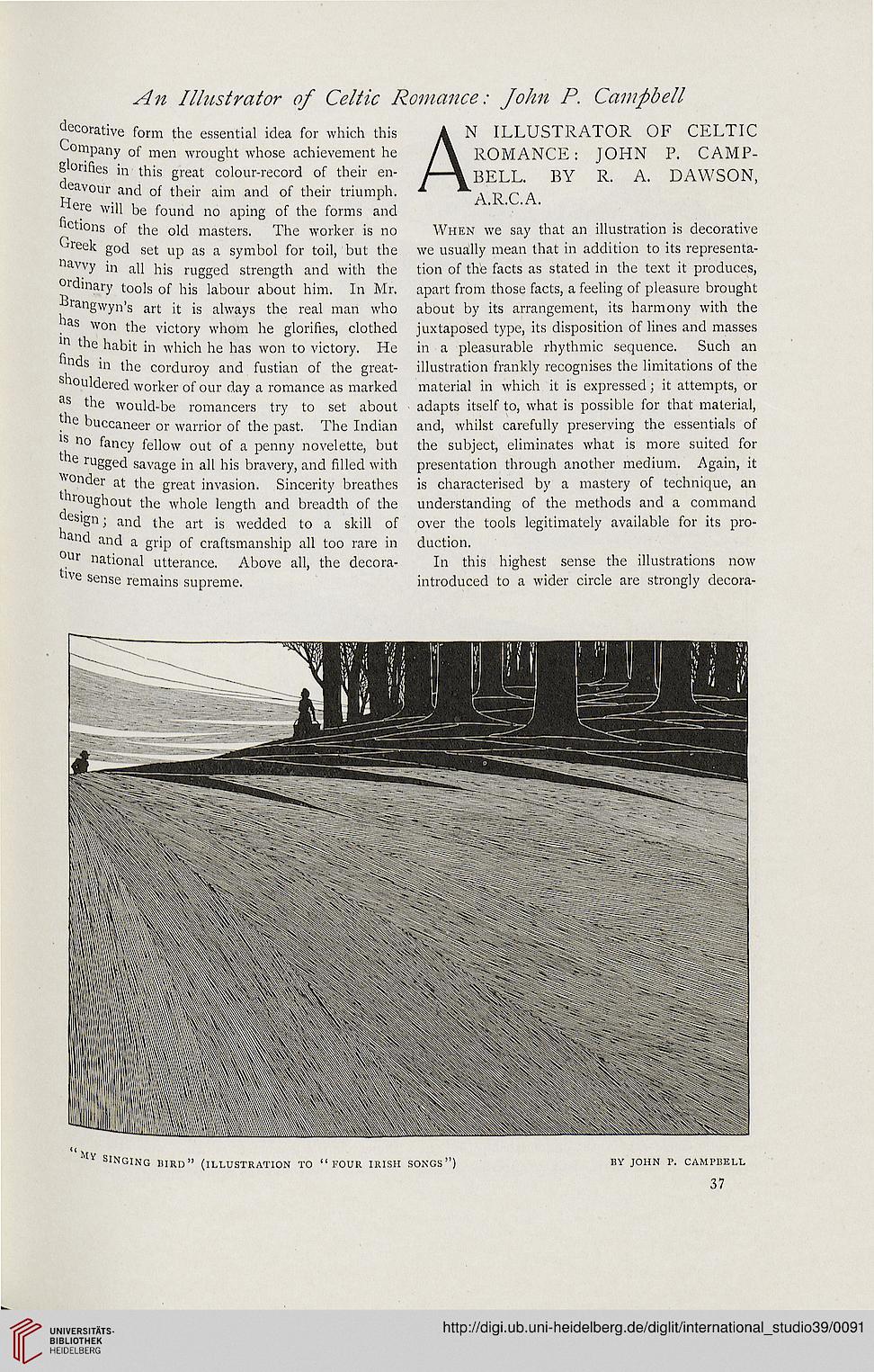 gloriBes in this great colour-record of their en- /—\ BELL. BY R. A. DAWSON,

"ctions of the old masters. The worker is no When we say that an illustration is decorative
Greek god set up as a symbol for toil, but the we usually mean that in addition to its representa-
nawy i„ aU his rugged strength and with the lion of the facts as stated in the text it produces,
ordinary tools of his labour about him. In Mr. apart from those facts, a feeling of pleasure brought
Brangwyn's art it is always the real man who about by its arrangement, its harmony with the
has won the victory whom he glorifies, clothed juxtaposed type, its disposition of lines and masses
in the habit in which he has won to victory. He in a pleasurable rhythmic sequence. Such an
finds in the corduroy and fustian of the great- illustration frankly recognises the limitations of the
Mouldered worker of our day a romance as marked material in which it is expressed; it attempts, or
as the would-be romancers try to set about adapts itself to, what is possible for that material,
ll'e buccaneer or warrior of the past. The Indian and, whilst carefully preserving the essentials of
is no fancy fellow out of a penny novelette, but the subject, eliminates what is more suited for
the rugged savage in all his bravery, and filled with presentation through another medium. Again, it
wonder at the great invasion. Sincerity breathes is characterised by a mastery of technique, an
throughout the whole length and breadth of the understanding of the methods and a command
design j and the art is wedded to a skill of over the tools legitimately available for its pro-
band and a grip of craftsmanship all too rare in duction.

0l»" national utterance. Above all, the decora- In this highest sense the illustrations now

My SINGING BIRD" (ILLUSTRATION TO " four IRISH sonos") BY JOHN I'. CAMPBELL