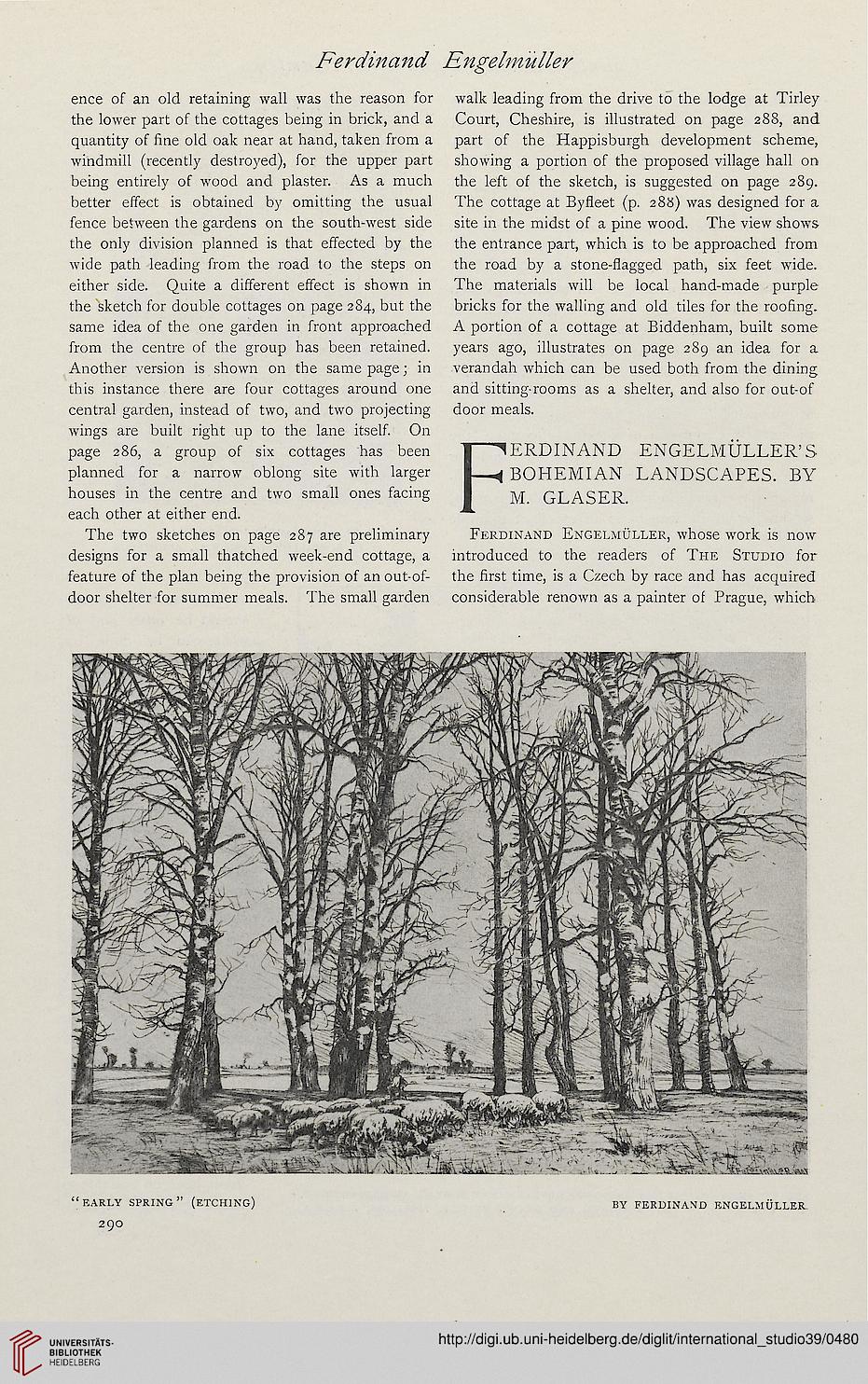 the lower part of the cottages being in brick, and a Court, Cheshire, is illustrated on page 288, and

quantity of fine old oak near at hand, taken from a part of the Happisburgh development scheme,

windmill (recently destroyed), for the upper part showing a portion of the proposed village hall on

being entirely of wood and plaster. As a much the left of the sketch, is suggested on page 289.

better effect is obtained by omitting the usual The cottage at Byfleet (p. 288) was designed for a

fence between the gardens on the south-west side site in the midst of a pine wood. The view shows

the only division planned is that effected by the the entrance part, which is to be approached from

wide path leading from the road to the steps on the road by a stone-flagged path, six feet wide,

either side. Quite a different effect is shown in The materials will be local hand-made purple

the sketch for double cottages on page 284, but the bricks for the walling and old tiles for the roofing,

same idea of the one garden in front approached A portion of a cottage at Biddenham, built some

from the centre of the group has been retained. years ago, illustrates on page 289 an idea for a

Another version is shown on the same page; in verandah which can be used both from the dining

this instance there are four cottages around one and sitting-rooms as a shelter, and also for out-of

central garden, instead of two, and two projecting door meals,
wings are built right up to the lane itself. On

page 286, a group of six cottages has been 1 FERDINAND ENGELMULLER'S

planned for a narrow oblong site with larger BOHEMIAN LANDSCAPES. BY

houses in the centre and two small ones facing jyj GLASER
each other at either end.

The two sketches on page 287 are preliminary Ferdinand Engelmuller, whose work is now

designs for a small thatched week-end cottage, a introduced to the readers of The Studio for

feature of the plan being the provision of an out-of- the first time, is a Czech by race and has acquired

door shelter for summer meals. The small garden considerable renown as a painter of Prague, which