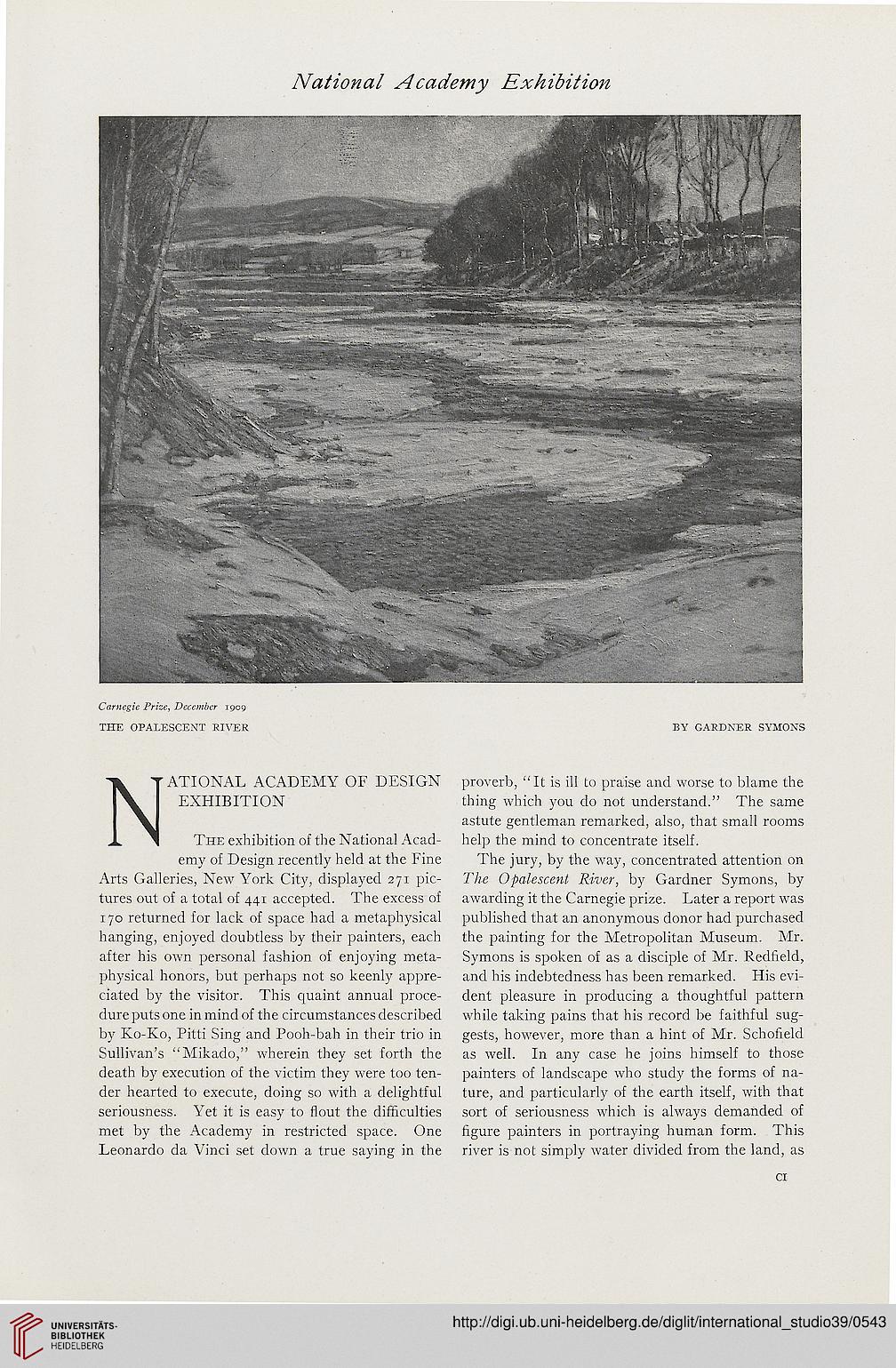 the opalescent river by gardner symoxs

NATIONAL ACADEMY OF DESIGN proverb, "It is ill to praise and worse to blame the

EXHIBITION thing which you do not understand." The same
astute gentleman remarked, also, that small rooms

The exhibition of the National Acad- help the mind to concentrate itself,

emy of Design recently held at the Fine The jury, by the way, concentrated attention on

tures out of a total of 441 accepted. The excess of awarding it the Carnegie prize. Later a report was

hanging, enjoyed doubtless by their painters, each the painting for the Metropolitan Museum. Mr.

after his own personal fashion of enjoying meta- Symons is spoken of as a disciple of Mr. Redfield,

physical honors, but perhaps not so keenly appre- and his indebtedness has been remarked. His evi-

ciated by the visitor. This quaint annual proce- dent pleasure in producing a thoughtful pattern

by Ko-Ko, Pitti Sing and Pooh-bah in their trio in gests, however, more than a hint of Mr. Schofield

Sullivan's "Mikado," wherein they set forth the as well. In any case he joins himself to those

der hearted to execute, doing so with a delightful ture, and particularly of the earth itself, with that

seriousness. Yet it is easy to flout the difficulties sort of seriousness which is always demanded of

met by the Academy in restricted space. One figure painters in portraying human form. This

Leonardo da Vinci set down a true saying in the river is not simply water divided from the land, as