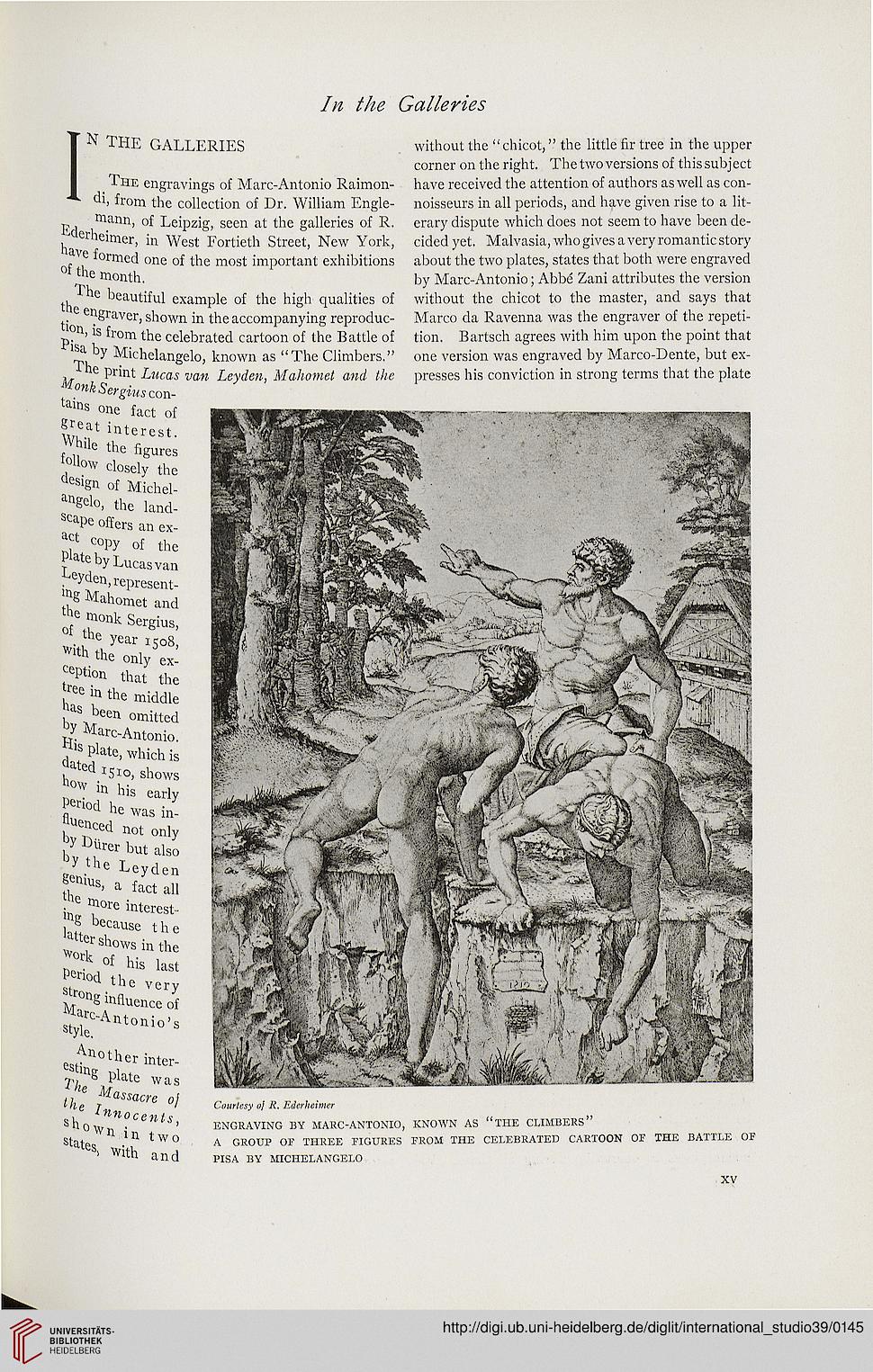 N THE GALLERIES without the "chicot," the little fir tree in the upper

corner on the right. The two versions of this subject

di, from the collection of Dr. William Engle- noisseurs in all periods, and have given rise to a Iit-

of th mC(' (>n° °^ l'1C m°sl 'mI>or,ant exhibitions about the two plates, states that both were engraved

the 1C ')Caut'^u' example of the high qualities of without the chicot to the master, and says that

I is from the celebrated cartoon of the Battle of tion. Bartsch agrees with him upon the point that

e pnnt Lucas van Leyden, Mahomet and the presses his conviction in strong terms that the plate
onkSergiuscon-
tains one fact „f

While the figures
follow closely the
design of Michel-
angelo, the land-
scape offers an ex-
act copy of the
plate by Lucas van
Leyden, represent-
ing Mahomet and
the monk Sergius,
<>i the year 1508,
with the only ex-
ception that the
tree in the middle

11s plate, which is
dated 1510, shows
how in his early
period he was in-
fluenced not only
hy Durer but also
hy the Leyden
genius, a fact all
the more interest-
ing because the
latter shows in the
work of his last
period the very

""Wn in tWO a group of three figures from the ceixbka