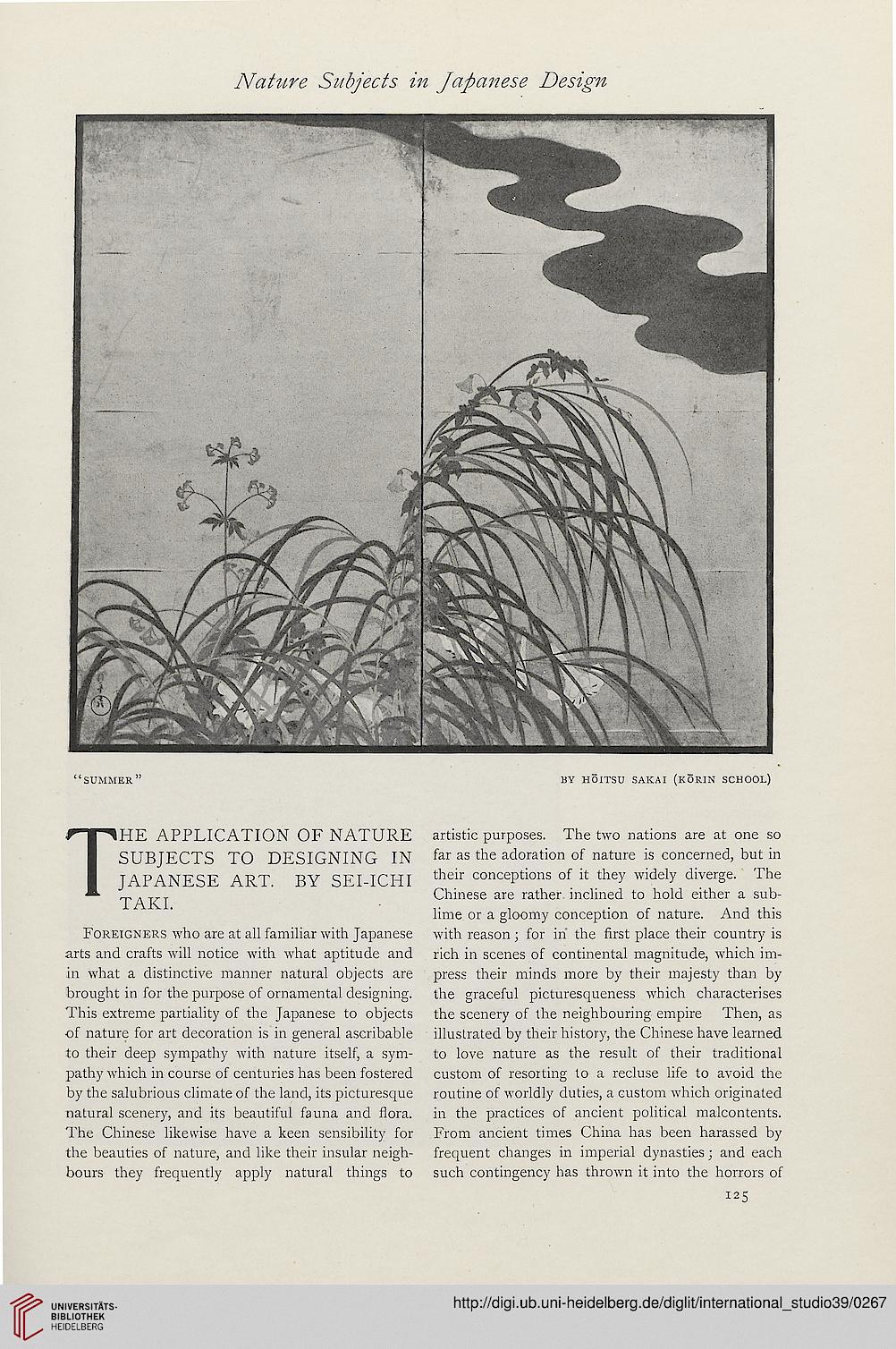 Information about OCR text
THE APPLICATION OF NATURE
SUBJECTS TO DESIGNING IN
JAPANESE ART. BY SEI-ICHI
TAKI.

Foreigners who are at all familiar with Japanese
arts and crafts will notice with what aptitude and
in what a distinctive manner natural objects are
brought in for the purpose of ornamental designing.
This extreme partiality of the Japanese to objects
of nature for art decoration is in general ascribable
to their deep sympathy with nature itself, a sym-
pathy which in course of centuries has been fostered
by the salubrious climate of the land, its picturesque
natural scenery, and its beautiful fauna and flora.
The Chinese likewise have a keen sensibility for
the beauties of nature, and like their insular neigh-
bours they frequently apply natural things to

artistic purposes. The two nations are at one so
far as the adoration of nature is concerned, but in
their conceptions of it they widely diverge. The
Chinese are rather, inclined to hold either a sub-
lime or a gloomy conception of nature. And this
with reason; for in the first place their country is
rich in scenes of continental magnitude, which im-
press their minds more by their majesty than by
the graceful picturesqueness which characterises
the scenery of the neighbouring empire Then, as
illustrated by their history, the Chinese have learned
to love nature as the result of their traditional
custom of resorting to a recluse life to avoid the
routine of worldly duties, a custom which originated
in the practices of ancient political malcontents.
From ancient times China has been harassed by
frequent changes in imperial dynasties; and each
such contingency has thrown it into the horrors of