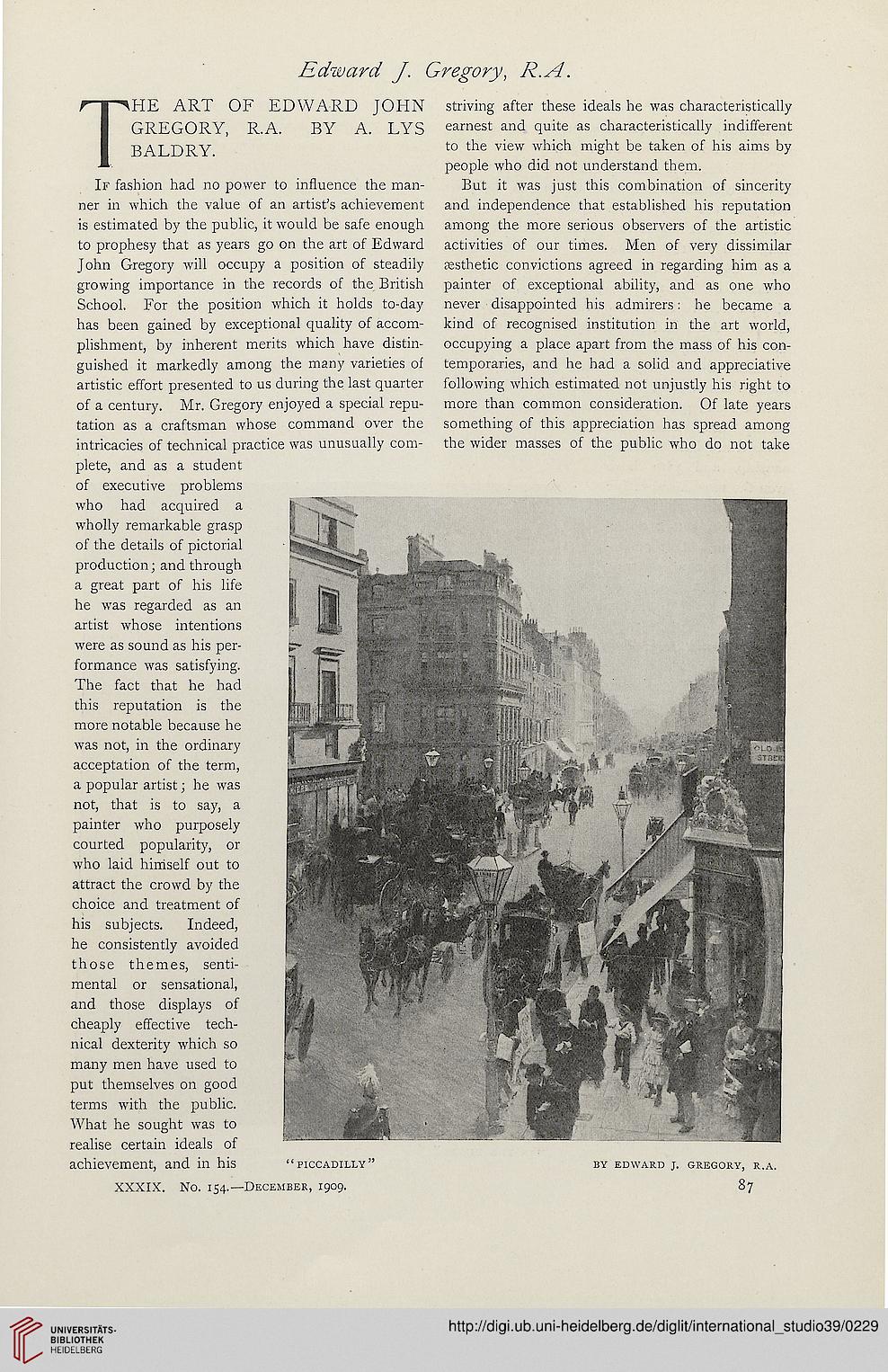 people who did not understand them.
If fashion had no power to influence the man- But it was just this combination of sincerity
ner in which the value of an artist's achievement and independence that established his reputation
is estimated by the public, it would be safe enough among the more serious observers of the artistic
to prophesy that as years go on the art of Edward activities of our times. Men of very dissimilar
John Gregory will occupy a position of steadily aesthetic convictions agreed in regarding him as a
growing importance in the records of the British painter of exceptional ability, and as one who
School. For the position which it holds to-day never disappointed his admirers: he became a
has been gained by exceptional quality of accom- kind of recognised institution in the art world,
plishment, by inherent merits which have distin- occupying a place apart from the mass of his con-
guished it markedly among the many varieties of temporaries, and he had a solid and appreciative
artistic effort presented to us during the last quarter following which estimated not unjustly his right to
of a century. Mr. Gregory enjoyed a special repu- more than common consideration. Of late years
tation as a craftsman whose command over the something of this appreciation has spread among
intricacies of technical practice was unusually com- the wider masses of the public who do not take
plete, and as a student
of executive problems
who had acquired a
wholly remarkable grasp
of the details of pictorial
production; and through
a great part of his life
he was regarded as an
artist whose intentions
were as sound as his per-
formance was satisfying.
The fact that he had
this reputation is the
more notable because he
was not, in the ordinary
acceptation of the term,
a popular artist; he was
not, that is to say, a
painter who purposely
courted popularity, or
who laid himself out to
attract the crowd by the
choice and treatment of
his subjects. Indeed,
he consistently avoided
those themes, senti-
mental or sensational,
and those displays of
cheaply effective tech-
nical dexterity which so
many men have used to
put themselves on good
terms with the public.
What he sought was to
realise certain ideals of

achievement, and in his "Piccadilly" by edward j. Gregory, r.a.