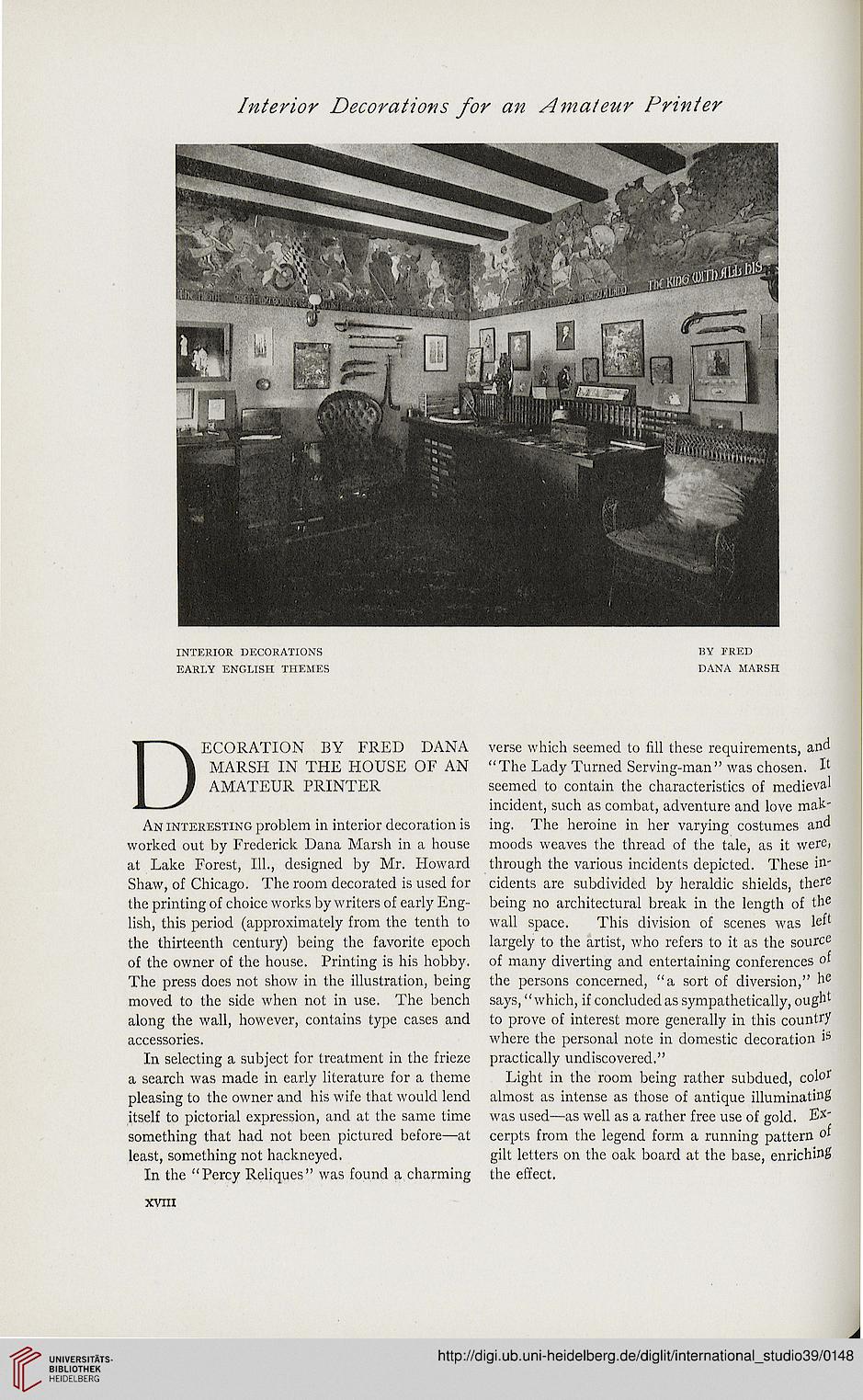 Information about OCR text
Interior Decorations for an Amateur Printer

DECORATION BY FRED DANA verse which seemed to fill these requirements, and

MARSH IN THE HOUSE OF AN "The Lady Turned Serving-man" was chosen. P

AMATEUR PRINTER seemed to contain the characteristics of medieval
incident, such as combat, adventure and love mak-

An interesting problem in interior decoration is ing. The heroine in her varying costumes and

worked out by Frederick Dana Marsh in a house moods weaves the thread of the tale, as it were,

at Lake Forest, 111., designed by Mr. Howard through the various incidents depicted. These in-

Shaw, of Chicago. The room decorated is used for cidents are subdivided by heraldic shields, there

lish, this period (approximately from the tenth to wall space. This division of scenes was let1

the thirteenth century) being the favorite epoch largely to the artist, who refers to it as the source

of the owner of the house. Printing is his hobby, of many diverting and entertaining conferences of

The press docs not show in the illustration, being the persons concerned, "a sort of diversion," he

moved to the side when not in use. The bench says, "which, if concluded as sympathetically, ougW

along the wall, however, contains type cases and to prove of interest more generally in this country

accessories. where the personal note in domestic decoration's

In selecting a subject for treatment in the frieze practically undiscovered."

a search was made in early literature for a theme Light in the room being rather subdued, col"1

itself to pictorial expression, and at the same time was used—as well as a rather free use of gold. Ex'

least, something not hackneyed. gilt letters on the oak board at the base, enriching

In the "Percy Reliques" was found a charming the effect.