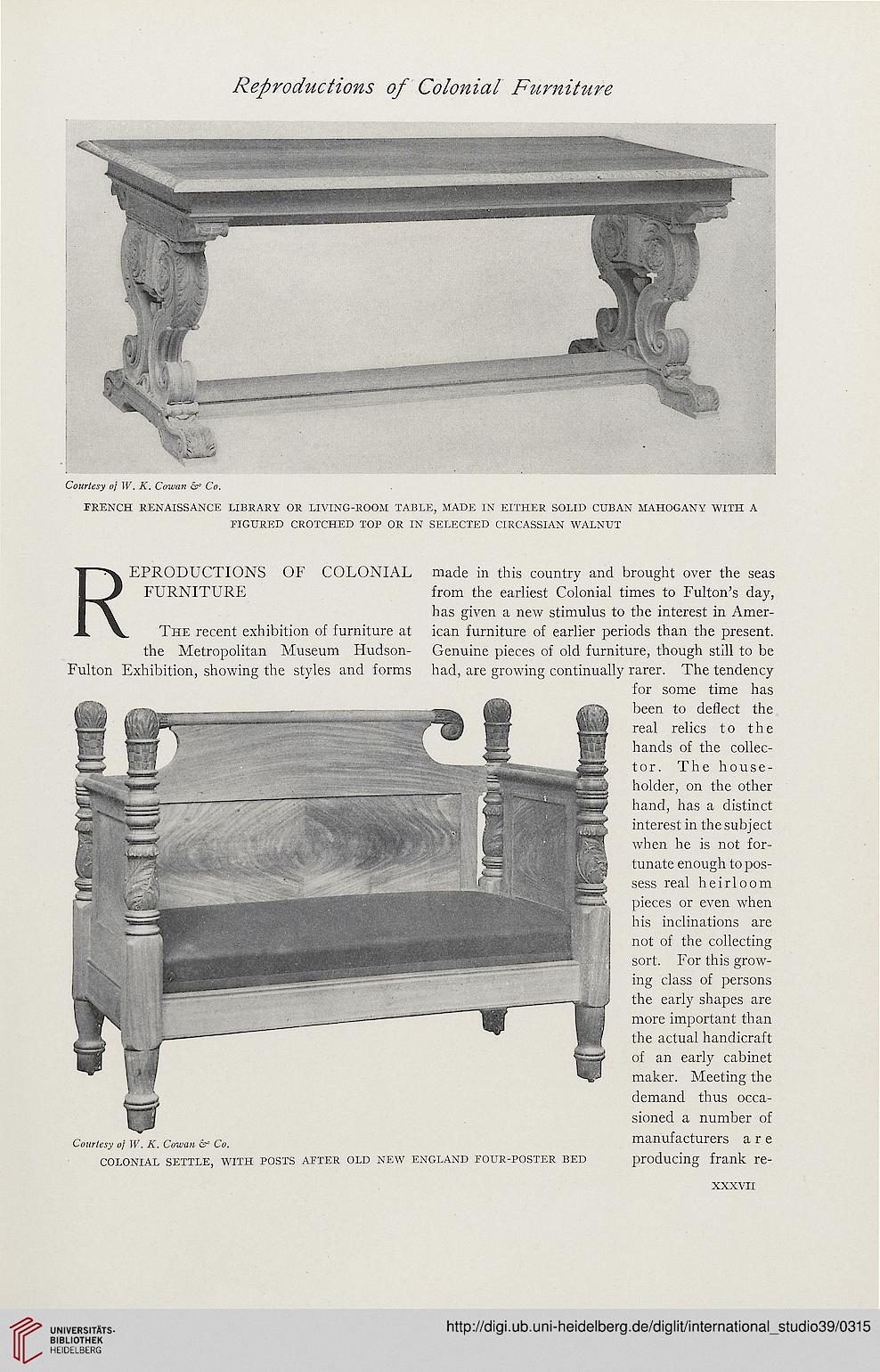 french renaissance library or living-room table, made in either solid cuban mahogany with a
figured crotched top or in selected circassian walnut

REPRODUCTIONS OF COLONIAL made in this country and brought over the seas
FURNITURE from the earliest Colonial times to Fulton's day,

has given a new stimulus to the interest in Amer-
The recent exhibition of furniture at ican furniture of earlier periods than the present,
the Metropolitan Museum Hudson- Genuine pieces of old furniture, though still to be
Fulton Exhibition, showing the styles and forms had, are growing continually rarer. The tendency

for some time has
been to deflect the
real relics to the
hands of the collec-
tor. The house-
holder, on the other
hand, has a distinct
interest in the subject
when he is not for-
tunate enough to pos-
sess real heirloom
pieces or even when
his inclinations are
not of the collecting
sort. For this grow-
ing class of persons
the early shapes are
more important than
the actual handicraft
of an early cabinet
maker. Meeting the
demand thus occa-
sioned a number of

Courtesy of W.K.Cwa»& Co, manufacturers are