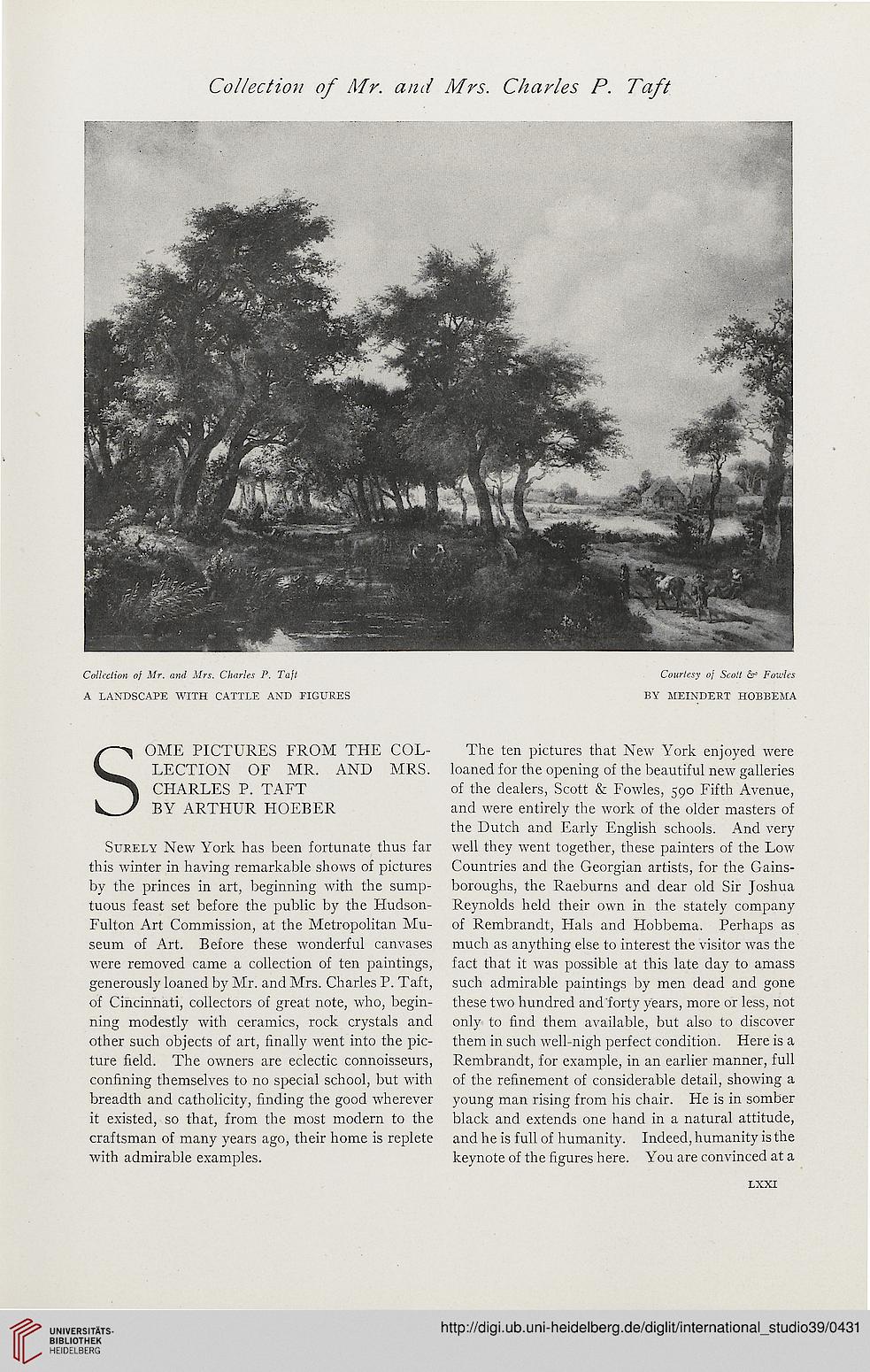 a landscape with cattle and figures by meindert hobbema

LECTION OF MR. AND MRS. loaned for the opening of the beautiful new galleries

the Dutch and Early English schools. And very

Surely New York has been fortunate thus far well they went together, these painters of the Low

this winter in having remarkable shows of pictures Countries and the Georgian artists, for the Gains-

by the princes in art, beginning with the sump- boroughs, the Raeburns and dear old Sir Joshua

Fulton Art Commission, at the Metropolitan Mu- of Rembrandt, Hals and Hobbema. Perhaps as

seum of Art. Before these wonderful canvases much as anything else to interest the visitor was the

were removed came a collection of ten paintings, fact that it was possible at this late day to amass

of Cincinnati, collectors of great note, who, begin- these two hundred and forty years, more or less, not

ning modestly with ceramics, rock crystals and only to find them available, but also to discover

other such objects of art, finally went into the pic- them in such well-nigh perfect condition. Here is a

ture field. The owners are eclectic connoisseurs, Rembrandt, for example, in an earlier manner, full

confining themselves to no special school, but with of the refinement of considerable detail, showing a

breadth and catholicity, finding the good wherever young man rising from his chair. He is in somber

it existed, so that, from the most modern to the black and extends one hand in a natural attitude,

craftsman of many years ago, their home is replete and he is full of humanity. Indeed, humanity is the

with admirable examples. keynote of the figures here. You are convinced at a