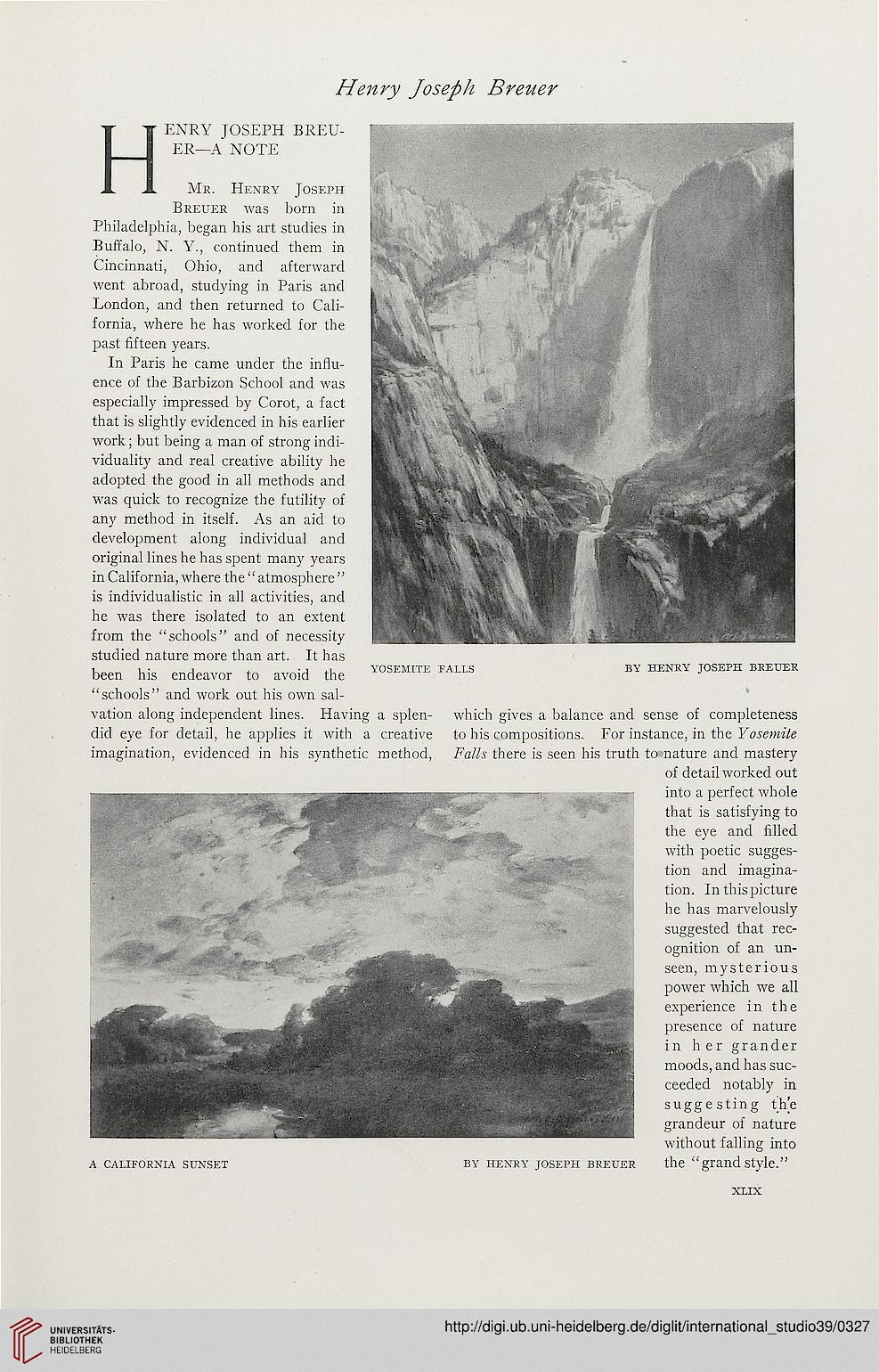 Mr. Henry Joseph
Breuer was born in
Philadelphia, began his art studies in
Buffalo, N. Y., continued them in
Cincinnati, Ohio, and afterward
went abroad, studying in Paris and
London, and then returned to Cali-
fornia, where he has worked for the
past fifteen years.

In Paris he came under the influ-
ence of the Barbizon School and was
especially impressed by Corot, a fact
that is slightly evidenced in his earlier
work; but being a man of strong indi-
viduality and real creative ability he
adopted the good in all methods and
was quick to recognize the futility of
any method in itself. As an aid to
development along individual and
original lines he has spent many years
in California, where the "atmosphere "
is individualistic in all activities, and
he was there isolated to an extent
from the "schools" and of necessity
studied nature more than art. It has

been his endeavor to avoid the
"schools" and work out his own sal-
vation along independent lines. Having a splen- which gives a balance and sense of completeness
did eye for detail, he applies it with a creative to his compositions. For instance, in the Yosemite
imagination, evidenced in his synthetic method, Falls there is seen his truth to nature and mastery

of detail worked out

with poetic sugges-
tion and imagina-

power which we all
experience in the

moods, and has suc-
ceeded notably in
suggesting the
grandeur of nature
without falling into

a California sunset by henry Joseph breuer the "grand style."