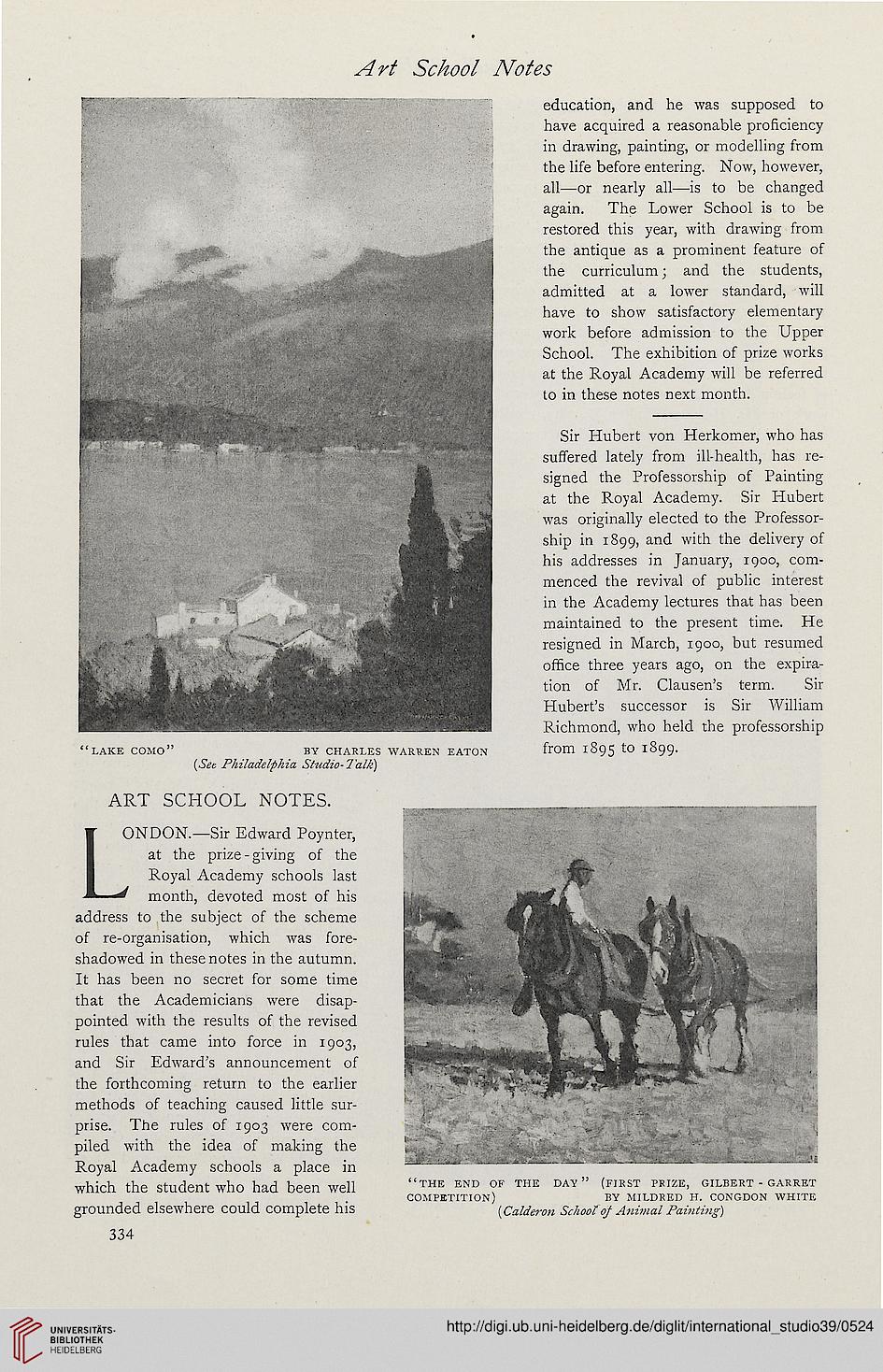 education, and he was supposed to
have acquired a reasonable proficiency
in drawing, painting, or modelling from
the life before entering. Now, however,
all—or nearly all—is to be changed
again. The Lower School is to be
restored this year, with drawing from
the antique as a prominent feature of
the curriculum; and the students,
admitted at a lower standard, will
have to show satisfactory elementary
work before admission to the Upper
School. The exhibition of prize works
at the Royal Academy will be referred
to in these notes next month.

Sir Hubert von Herkomer, who has
suffered lately from ill-health, has re-
signed the Professorship of Painting
at the Royal Academy. Sir Hubert
was originally elected to the Professor-
ship in 1899, and with the delivery of
his addresses in January, 1900, com-
menced the revival of public interest
in the Academy lectures that has been
maintained to the present time. He
resigned in March, 1900, but resumed
office three years ago, on the expira-
tion of Mr. Clausen's term. Sir
Hubert's successor is Sir William
Richmond, who held the professorship

LONDON.—Sir Edward Poynter,
at the prize-giving of the
Royal Academy schools last
' month, devoted most of his
address to the subject of the scheme
of re-organisation, which was fore-
shadowed in these notes in the autumn.
It has been no secret for some time
that the Academicians were disap-
pointed with the results of the revised
rules that came into force in ^03,
and Sir Edward's announcement of
the forthcoming return to the earlier
methods of teaching caused little sur-
prise. The rules of 1903 were com-
piled with the idea of making the
Royal Academy schools a place in
which the student who had been well
grounded elsewhere could complete his