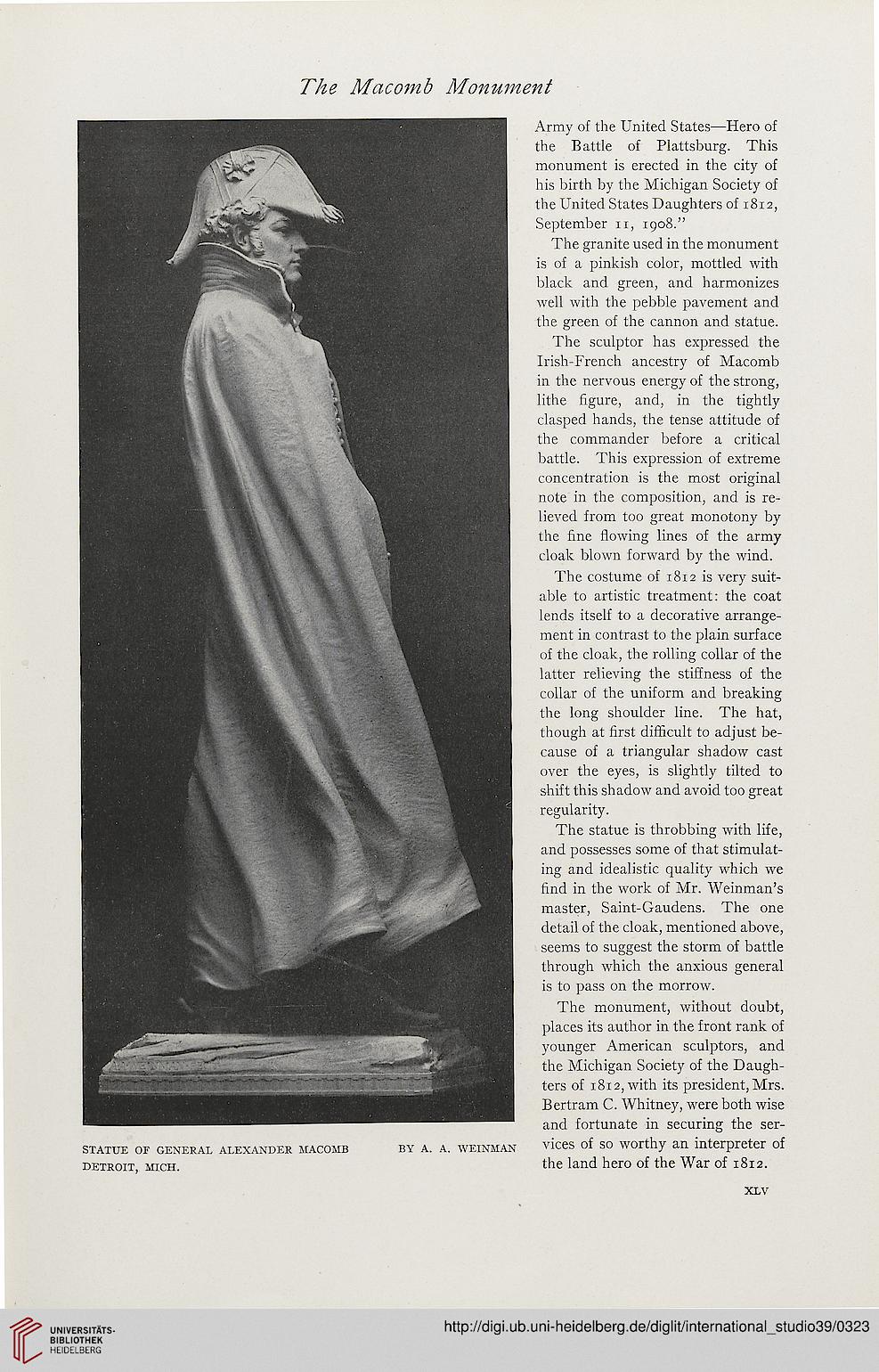 Army of the United States—Hero of
the Battle of Plattsburg. This
monument is erected in the city of
his birth by the Michigan Society of
the United States Daughters of 1812,
September n, 1908."

The granite used in the monument
is of a pinkish color, mottled with
black and green, and harmonizes
well with the pebble pavement and
the green of the cannon and statue.

The sculptor has expressed the
Irish-French ancestry of Macomb
in the nervous energy of the strong,
lithe figure, and, in the tightly
clasped hands, the tense attitude of
the commander before a critical
battle. This expression of extreme
concentration is the most original
note in the composition, and is re-
lieved from too great monotony by
the fine flowing lines of the army
cloak blown forward by the wind.

The costume of 1812 is very suit-
able to artistic treatment: the coat
lends itself to a decorative arrange-
ment in contrast to the plain surface
of the cloak, the rolling collar of the
latter relieving the stiffness of the
collar of the uniform and breaking
the long shoulder line. The hat,
though at first difficult to adjust be-
cause of a triangular shadow cast
over the eyes, is slightly tilted to
shift this shadow and avoid too great
regularity.

The statue is throbbing with life,
and possesses some of that stimulat-
ing and idealistic quality which we
find in the work of Mr. Weinman's
master, Saint-Gaudens. The one
detail of the cloak, mentioned above,
seems to suggest the storm of battle
through which the anxious general
is to pass on the morrow.

The monument, without doubt,
places its author in the front rank of
younger American sculptors, and
the Michigan Society of the Daugh-
ters of 1812, with its president, Mrs.
Bertram C. Whitney, were both wise
and fortunate in securing the ser-

statue of general Alexander macomb by a. a. weinman yices °f s0 worthy an interpreter of