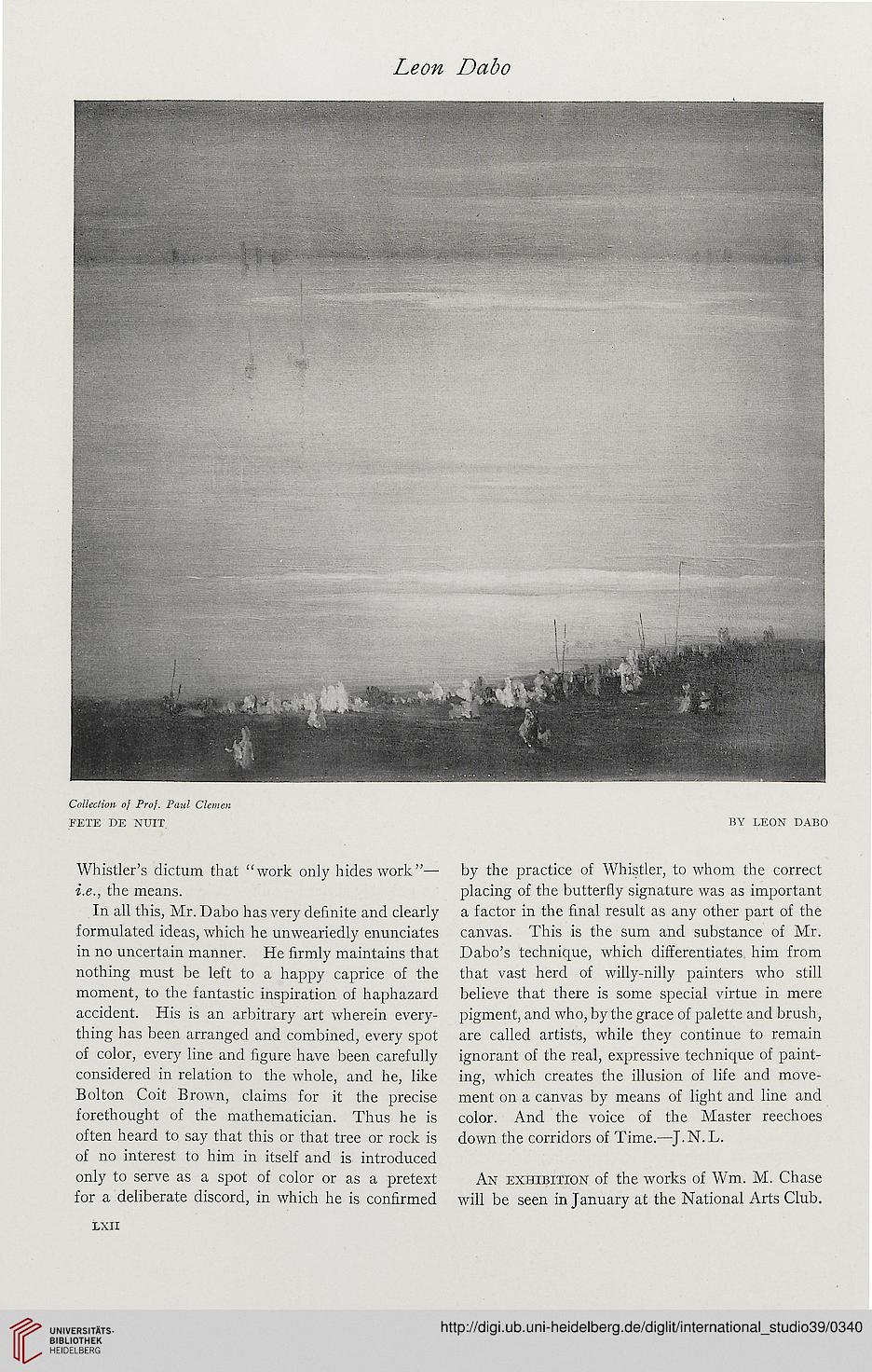 Whistler's dictum that "work only hides work"—
i.e., the means.

In all this, Mr. Dabo has very definite and clearly
formulated ideas, which he unweariedly enunciates
in no uncertain manner. He firmly maintains that
nothing must be left to a happy caprice of the
moment, to the fantastic inspiration of haphazard
accident. His is an arbitrary art wherein every-
thing has been arranged and combined, every spot
of color, every line and figure have been carefully
considered in relation to the whole, and he, like
Bolton Coit Brown, claims for it the precise
forethought of the mathematician. Thus he is
often heard to say that this or that tree or rock is
of no interest to him in itself and is introduced
only to serve as a spot of color or as a pretext
for a deliberate discord, in which he is confirmed

by the practice of Whistler, to whom the correct
placing of the butterfly signature was as important
a factor in the final result as any other part of the
canvas. This is the sum and substance of Mr.
Dabo's technique, which differentiates him from
that vast herd of willy-nilly painters who still
believe that there is some special virtue in mere
pigment, and who, by the grace of palette and brush,
are called artists, while they continue to remain
ignorant of the real, expressive technique of paint-
ing, which creates the illusion of life and move-
ment on a canvas by means of light and line and
color. And the voice of the Master reechoes
down the corridors of Time.—J.N.L.

An exhibition of the works of Wm. M. Chase
will be seen in January at the National Arts Club.