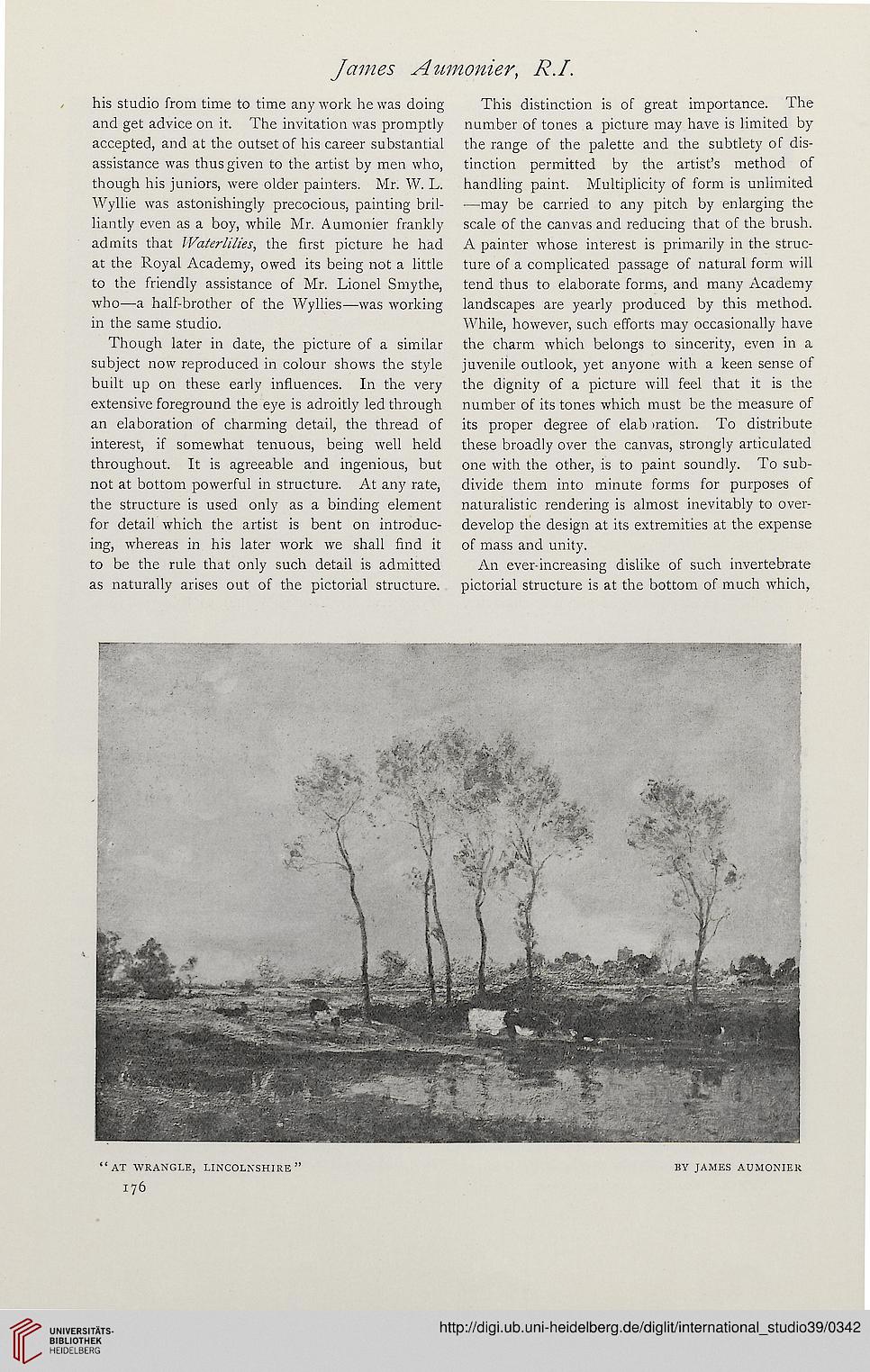 his studio from time to time any work he was doing This distinction is of great importance. The
and get advice on it. The invitation was promptly number of tones a picture may have is limited by
accepted, and at the outset of his career substantial the range of the palette and the subtlety of dis-
assistance was thus given to the artist by men who, tinction permitted by the artist's method of
though his juniors, were older painters. Mr. W. L. handling paint. Multiplicity of form is unlimited
Wyllie was astonishingly precocious, painting bril- —may be carried to any pitch by enlarging the
liantly even as a boy, while Mr. Aumonier frankly scale of the canvas and reducing that of the brush,
admits that IVaterliZies, the first picture he had A painter whose interest is primarily in the struc-
at the Royal Academy, owed its being not a little ture of a complicated passage of natural form will
to the friendly assistance of Mr. Lionel Smythe, tend thus to elaborate forms, and many Academy
who—a half-brother of the Wyllies—was working landscapes are yearly produced by this method,
in the same studio. While, however, such efforts may occasionally have
Though later in date, the picture of a similar the charm which belongs to sincerity, even in a
subject now reproduced in colour shows the style juvenile outlook, yet anyone with a keen sense of
built up on these early influences. In the very the dignity of a picture will feel that it is the
extensive foreground the eye is adroitly led through number of its tones which must be the measure of
an elaboration of charming detail, the thread of its proper degree of elab >ration. To distribute
interest, if somewhat tenuous, being well held these broadly over the canvas, strongly articulated
throughout. It is agreeable and ingenious, but one with the other, is to paint soundly. To sub-
not at bottom powerful in structure. At any rate, divide them into minute forms for purposes of
the structure is used only as a binding element naturalistic rendering is almost inevitably to over-
for detail which the artist is bent on introduc- develop the design at its extremities at the expense
ing, whereas in his later work we shall find it of mass and unity.