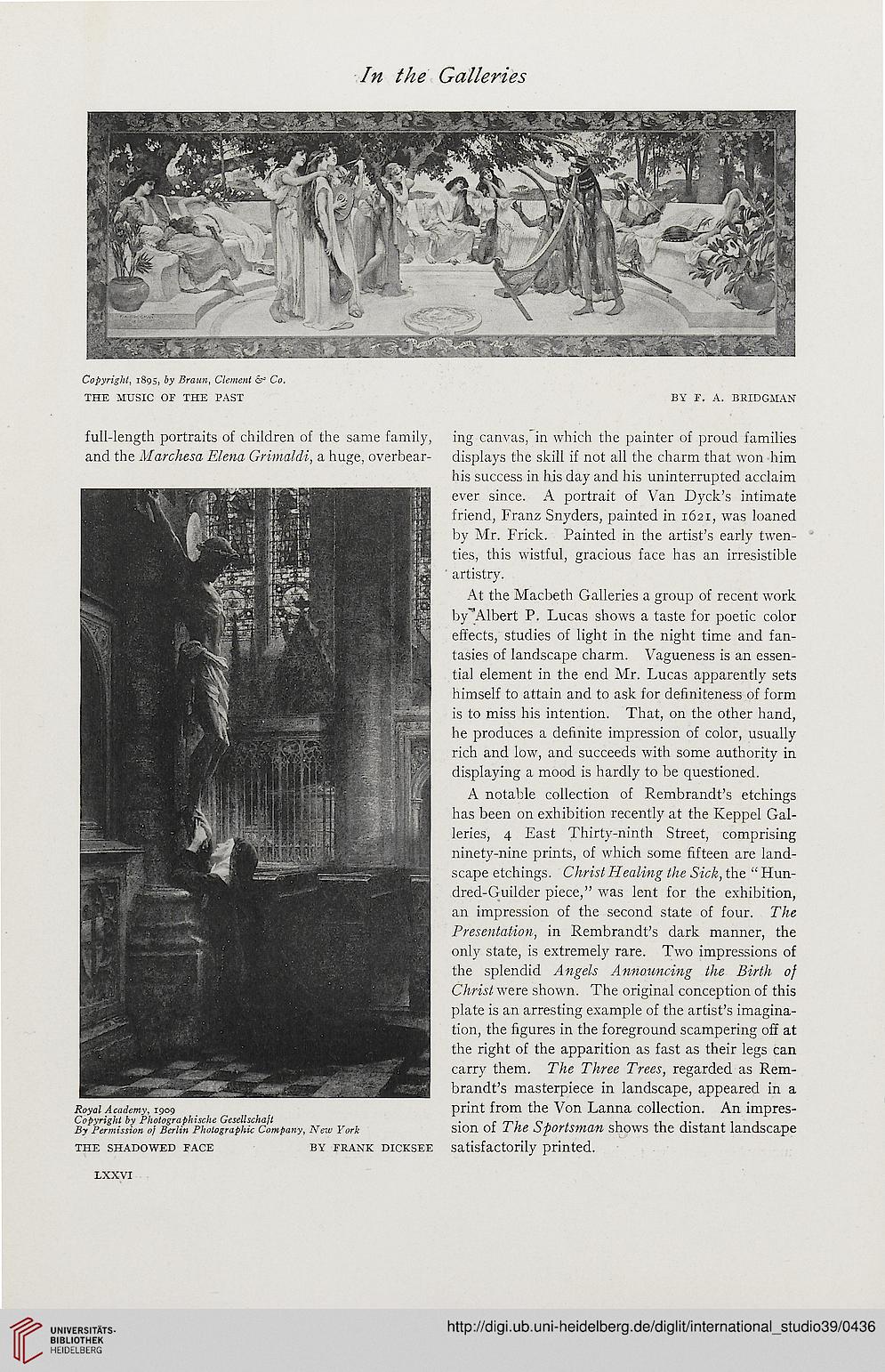 THE MUSIC of THE PAST BY P. A. BRIDGMAN

full-length portraits of children of the same family, ing canvas,"in which the painter of proud families
and the Marchesa Elena Grimaldi, a huge, overbear- displays the skill if not all the charm that won him

his success in his day and his uninterrupted acclaim
ever since. A portrait of Van Dyck's intimate
friend, Franz Snyders, painted in 1621, was loaned
by Mr. Frick. Painted in the artist's early twen-
ties, this wistful, gracious face has an irresistible
artistry.

At the Macbeth Galleries a group of recent work
by^Albert P. Lucas shows a taste for poetic color
effects, studies of light in the night time and fan-
tasies of landscape charm. Vagueness is an essen-
tial element in the end Mr. Lucas apparently sets
himself to attain and to ask for definiteness of form
is to miss his intention. That, on the other hand,
he produces a definite impression of color, usually
rich and low, and succeeds with some authority in
displaying a mood is hardly to be questioned.

A notable collection of Rembrandt's etchings
has been on exhibition recently at the Keppel Gal-
leries, 4 East Thirty-ninth Street, comprising
ninety-nine prints, of which some fifteen are land-
scape etchings. Christ Healing the Sick, the " Hun-
dred-Guilder piece," was lent for the exhibition,
an impression of the second state of four. The
Presentation, in Rembrandt's dark manner, the
only state, is extremely rare. Two impressions of
the splendid Angels Announcing the Birth of
Christ were shown. The original conception of this
plate is an arresting example of the artist's imagina-
tion, the figures in the foreground scampering off at
the right of the apparition as fast as their legs can
carry them. The Three Trees, regarded as Rem-
brandt's masterpiece in landscape, appeared in a
Royal Academy, 1909 print from the Von Lanna collection. An impres-