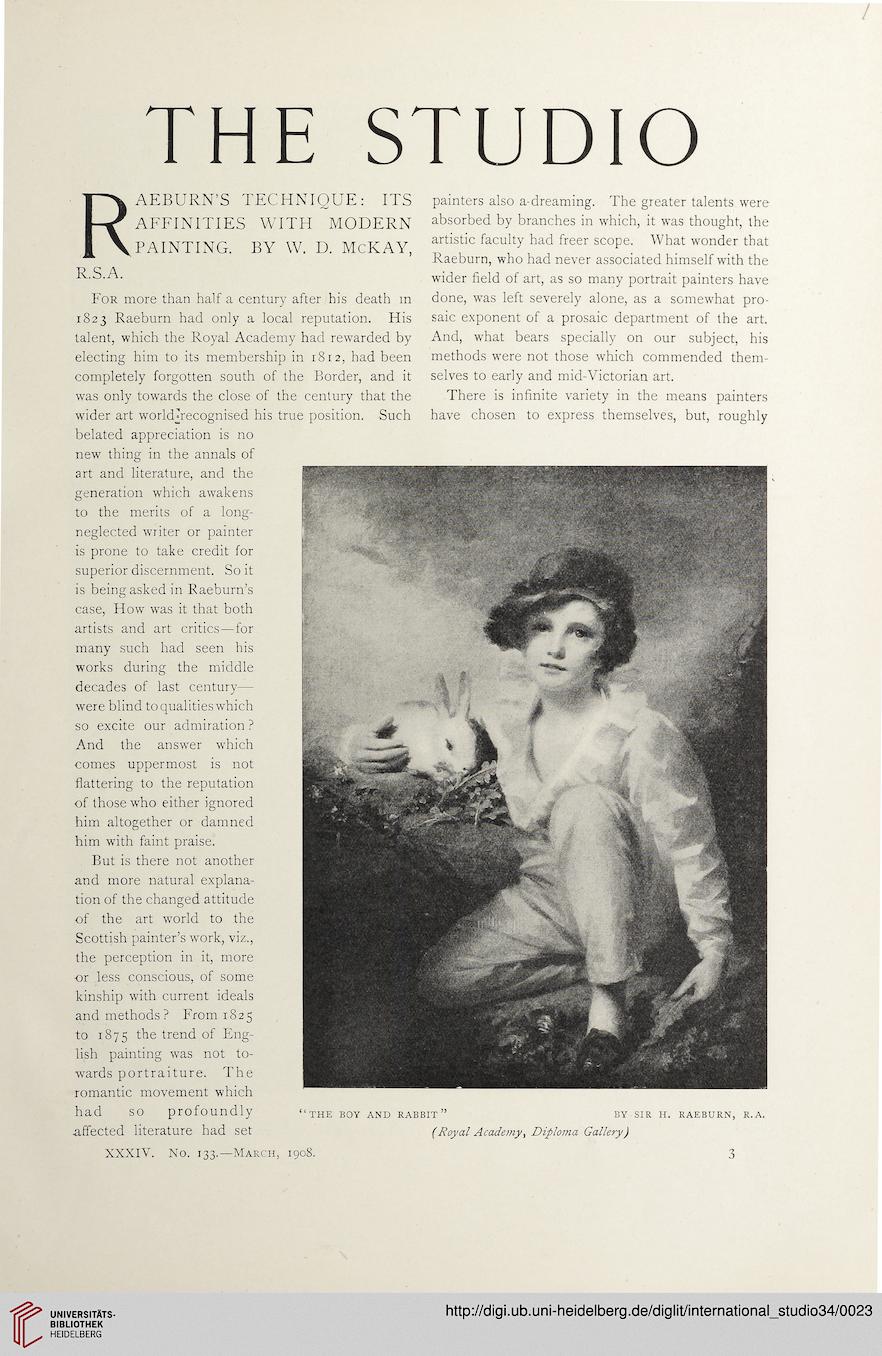 RAEBURN’S TECHNIQUE: ITS
AFFINITIES WITH MODERN
PAINTING. BY W. D. McKAY,
R.S.A.
For more than half a century after his death m
1823 Raeburn had only a local reputation. His
talent, which the Royal Academy had rewarded by
electing him to its membership in 1812, had been
completely forgotten south of the Border, and it
was only towards the close of the century that the
wider art worldQecognised his true position. Such
belated appreciation is no
new thing in the annals of
art and literature, and the
generation which awakens
to the merits of a long-
neglected writer or painter
is prone to take credit for
superior discernment. So it
is being asked in Raeburn’s
case, How was it that both
artists and art critics—for
many such had seen his
works during the middle
decades of last century—
were blind to qualities which
so excite our admiration ?
And the answer which
comes uppermost is not
flattering to the reputation
of those who either ignored
him altogether or damned
him with faint praise.
But is there not another
and more natural explana-
tion of the changed attitude
of the art wrorld to the
Scottish painter’s work, viz.,
the perception in it, more
or less conscious, of some
kinship with current ideals
and methods? From 1825
to 1875 the trend of Eng-
lish painting was not to-
wards portraiture. The
romantic movement which
had so profoundly
affected literature had set
XXXIV. No. 133.—March, 1908.

painters also a-dreaming. The greater talents were
absorbed by branches in which, it was thought, the
artistic faculty had freer scope. What wonder that
Raeburn, who had never associated himself with the
wider field of art, as so many portrait painters have
done, was left severely alone, as a somewTat pro-
saic exponent of a prosaic department of the art.
And, what bears specially on our subject, his
methods were not those which commended them-
selves to early and mid-Victorian art.
There is infinite variety in the means painters
have chosen to express themselves, but, roughly