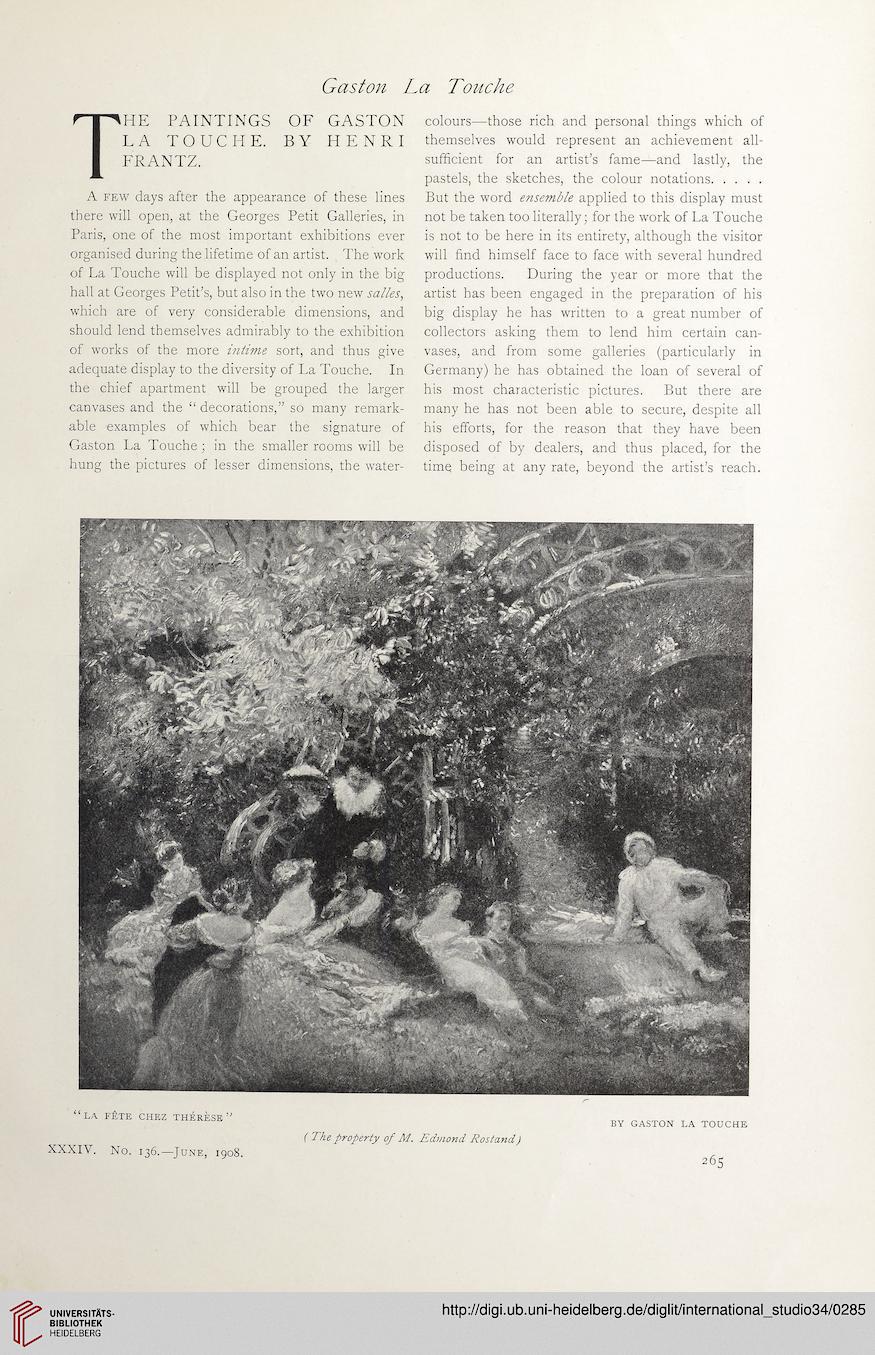 The paintings of gaston
LA TOUCHE. BY HENRI
FRANTZ.
A few days after the appearance of these lines
there will open, at the Georges Petit Galleries, in
Paris, one of the most important exhibitions ever
organised during the lifetime of an artist. The work
of La Touche will be displayed not only in the big
hall at Georges Petit’s, but also in the two new sa/les,
which are of very considerable dimensions, and
should lend themselves admirably to the exhibition
of works of the more intime sort, and thus give
adequate display to the diversity of La Touche. In
the chief apartment will be grouped the larger
canvases and the “ decorations,” so many remark-
able examples of which bear the signature of
Gaston La Touche; in the smaller rooms will be
hung the pictures of lesser dimensions, the water-

colours—those rich and personal things which of
themselves would represent an achievement all-
sufficient for an artist’s fame—and lastly, the
pastels, the sketches, the colour notations.
But the word ensemble applied to this display must
not be taken too literally; for the work of La Touche
is not to be here in its entirety, although the visitor
will find himself face to face with several hundred
productions. During the year or more that the
artist has been engaged in the preparation of his
big display he has written to a great number of
collectors asking them to lend him certain can-
vases, and from some galleries (particularly in
Germany) he has obtained the loan of several of
his most characteristic pictures. But there are
many he has not been able to secure, despite all
his efforts, for the reason that they have been
disposed of by dealers, and thus placed, for the
time being at any rate, beyond the artist’s reach.

( The property of M. Edmond Rostand)