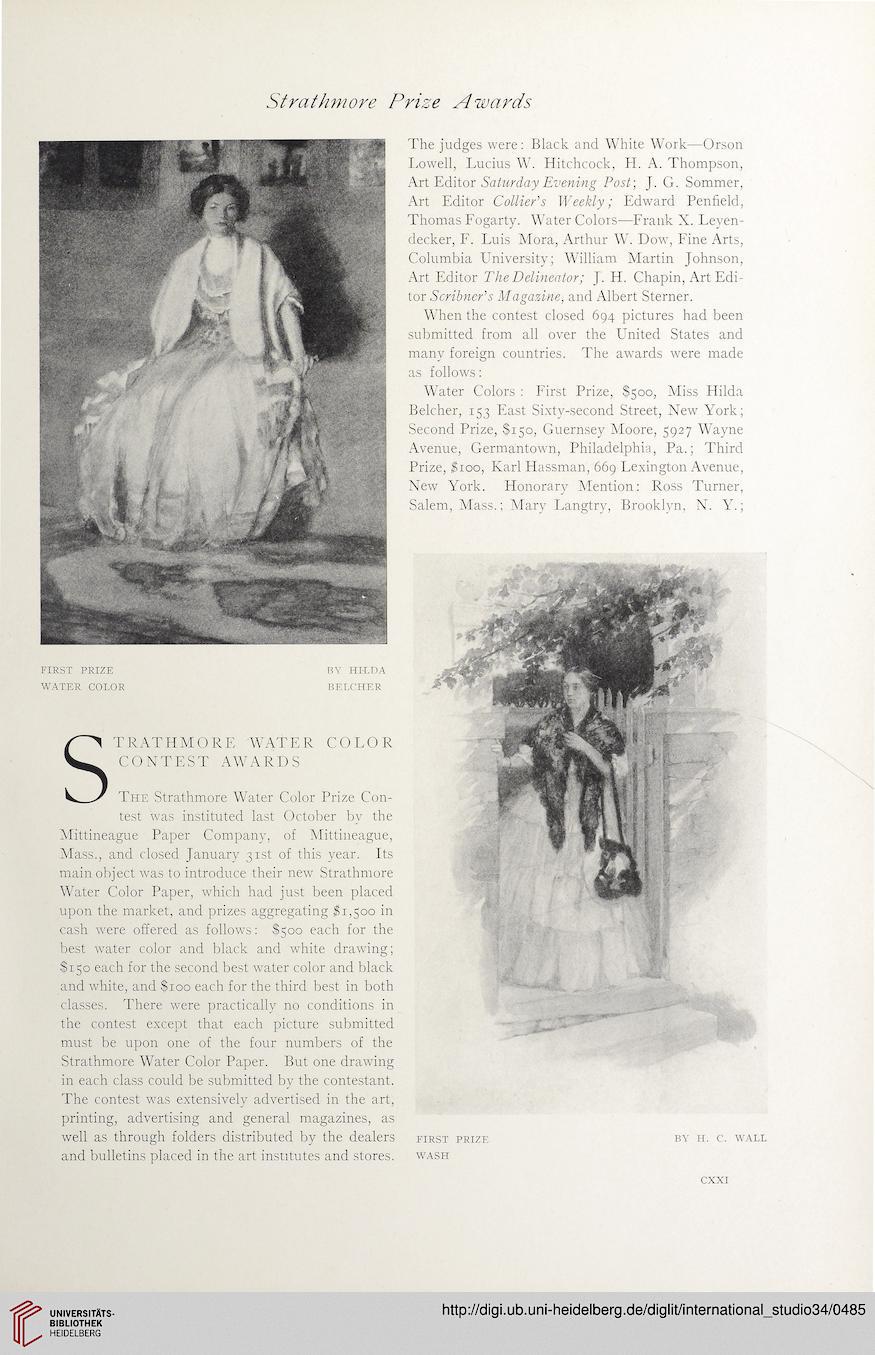 The Strathmore Water Color Prize Con-
test was instituted last October by the
Mittineague Paper Company, of Mittineague,
Mass., and closed January 31st of this year. Its
main object was to introduce their new Strathmore
Water Color Paper, which had just been placed
upon the market, and prizes aggregating $ 1,500 in
cash were offered as follows: $500 each for the
best water color and black and white drawing;
$150 each for the second best water color and black
and white, and $100 each for the third best in both
classes. There were practically no conditions in
the contest except that each picture submitted
must be upon one of the four numbers of the
Strathmore Water Color Paper. But one drawing
in each class could be submitted by the contestant.
The contest was extensively advertised in the art,
printing, advertising and general magazines, as
well as through folders distributed by the dealers
and bulletins placed in the art institutes and stores.