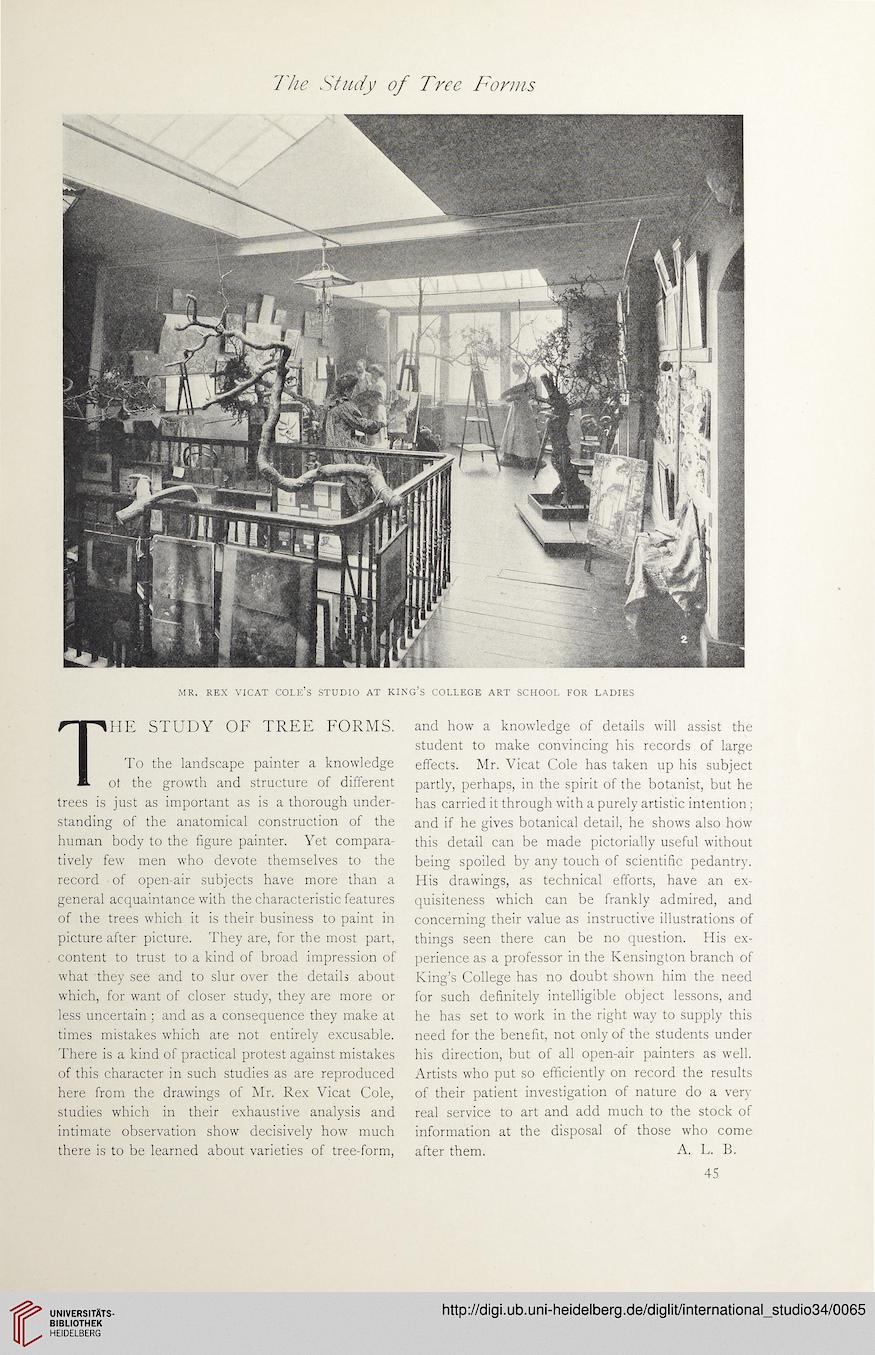 Information about OCR text
The Study of Tree Forms

The study of tree forms.
To the landscape painter a knowledge
ot the growth and structure of different
trees is just as important as is a thorough under-
standing of the anatomical construction of the
human body to the figure painter. Yet compara-
tively few men who devote themselves to the
record of open-air subjects have more than a
general acquaintance with the characteristic features
of the trees which it is their business to paint in
picture after picture. They are, for the most part,
content to trust to a kind of broad impression of
what they see and to slur over the details about
which, for want of closer study, they are more or
less uncertain ; and as a consequence they make at
times mistakes which are not entirely excusable.
There is a kind of practical protest against mistakes
of this character in such studies as are reproduced
here from the drawings of Mr. Rex Vicat Cole,
studies which in their exhaustive analysis and
intimate observation show decisively how much
there is to be learned about varieties of tree-form,

and how a knowledge of details will assist the
student to make convincing his records of large
effects. Mr. Vicat Cole has taken up his subject
partly, perhaps, in the spirit of the botanist, but he
has carried it through with a purely artistic intention;
and if he gives botanical detail, he shows also how
this detail can be made pictorially useful without
being spoiled by any touch of scientific pedantry.
His drawings, as technical efforts, have an ex-
quisiteness which can be frankly admired, and
concerning their value as instructive illustrations of
things seen there can be no question. His ex-
perience as a professor in the Kensington branch of
King’s College has no doubt shown him the need
for such definitely intelligible object lessons, and
he has set to work in the right way to supply this
need for the benefit, not only of the students under
his direction, but of all open-air painters as well.
Artists who put so efficiently on record the results
of their patient investigation of nature do a very
real service to art and add much to the stock of
information at the disposal of those who come
after them. A. L. B.