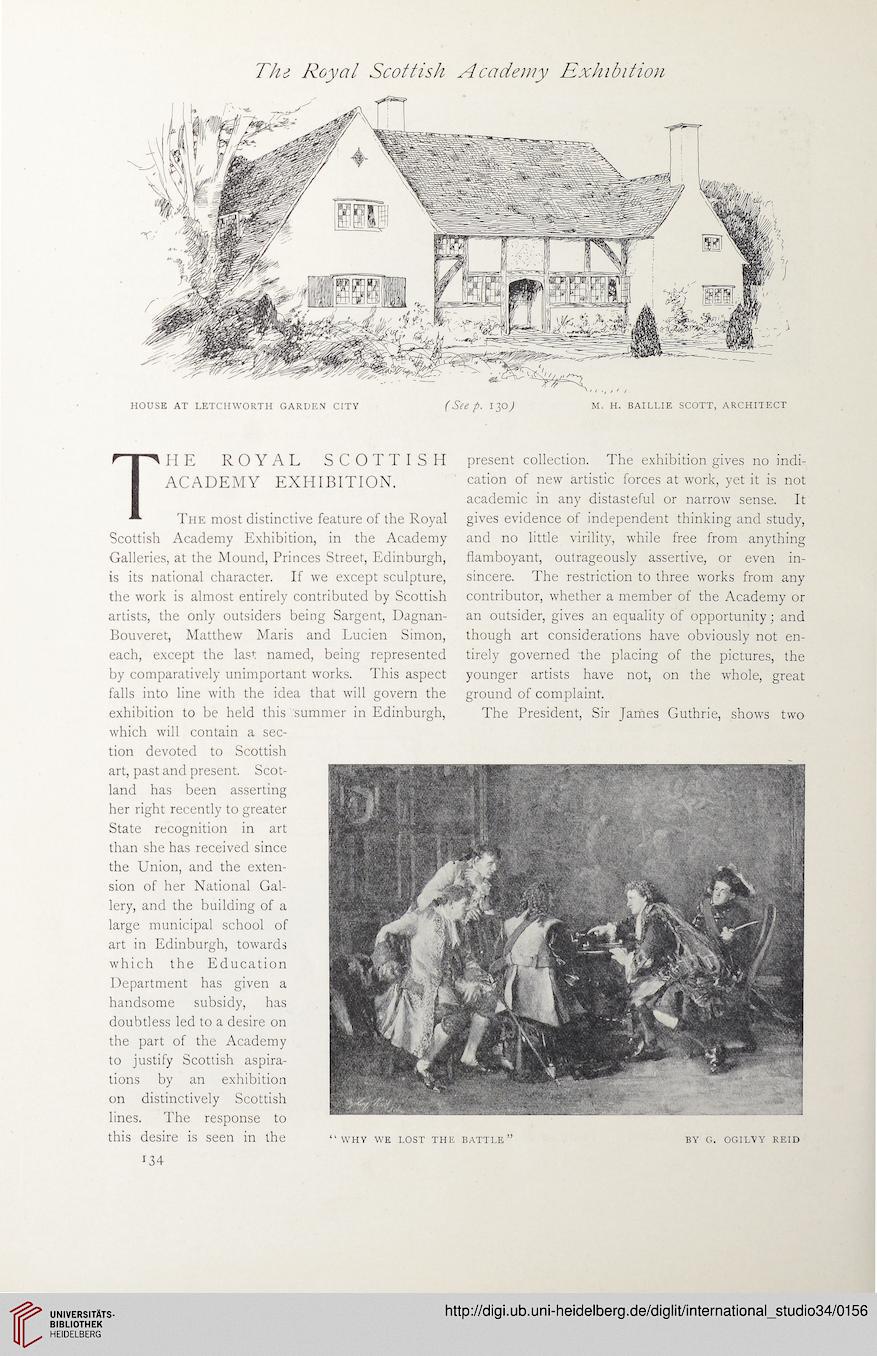 The royal Scottish
ACADEMY EXHIBITION.
The most distinctive feature of the Royal
Scottish Academy Exhibition, in the Academy
Galleries, at the Mound, Princes Street, Edinburgh,
is its national character. If we except sculpture,
the work is almost entirely contributed by Scottish
artists, the only outsiders being Sargent, Dagnan-
Bouveret, Matthew Maris and Lucien Simon,
each, except the last named, being represented
by comparatively unimportant works. This aspect
falls into line with the idea that will govern the
exhibition to be held this 'summer in Edinburgh,
which will contain a sec-
tion devoted to Scottish
art, past and present. Scot-
land has been asserting
her right recently to greater
State recognition in art
than she has received since
the Union, and the exten-
sion of her National Gal-
lery, and the building of a
large municipal school of
art in Edinburgh, towards
which the Education
Department has given a
handsome subsidy, has
doubtless led to a desire on
the part of the Academy
to justify Scottish aspira-
tions by an exhibition
on distinctively Scottish
lines. The response to
this desire is seen in the

present collection. The exhibition gives no indi-
cation of new artistic forces at work, yet it is not
academic in any distasteful or narrow sense. It
gives evidence of independent thinking and study,
and no little virility, while free from anything
flamboyant, outrageously assertive, or even in-
sincere. The restriction to three works from any
contributor, whether a member of the Academy or
an outsider, gives an equality of opportunity; and
though art considerations have obviously not en-
tirely governed the placing of the pictures, the
younger artists have not, on the -whole, great
ground of complaint.
The President, Sir James Guthrie, shows two


“ WHY WE LOST THE BATTLE” BY G. OGILVY REID