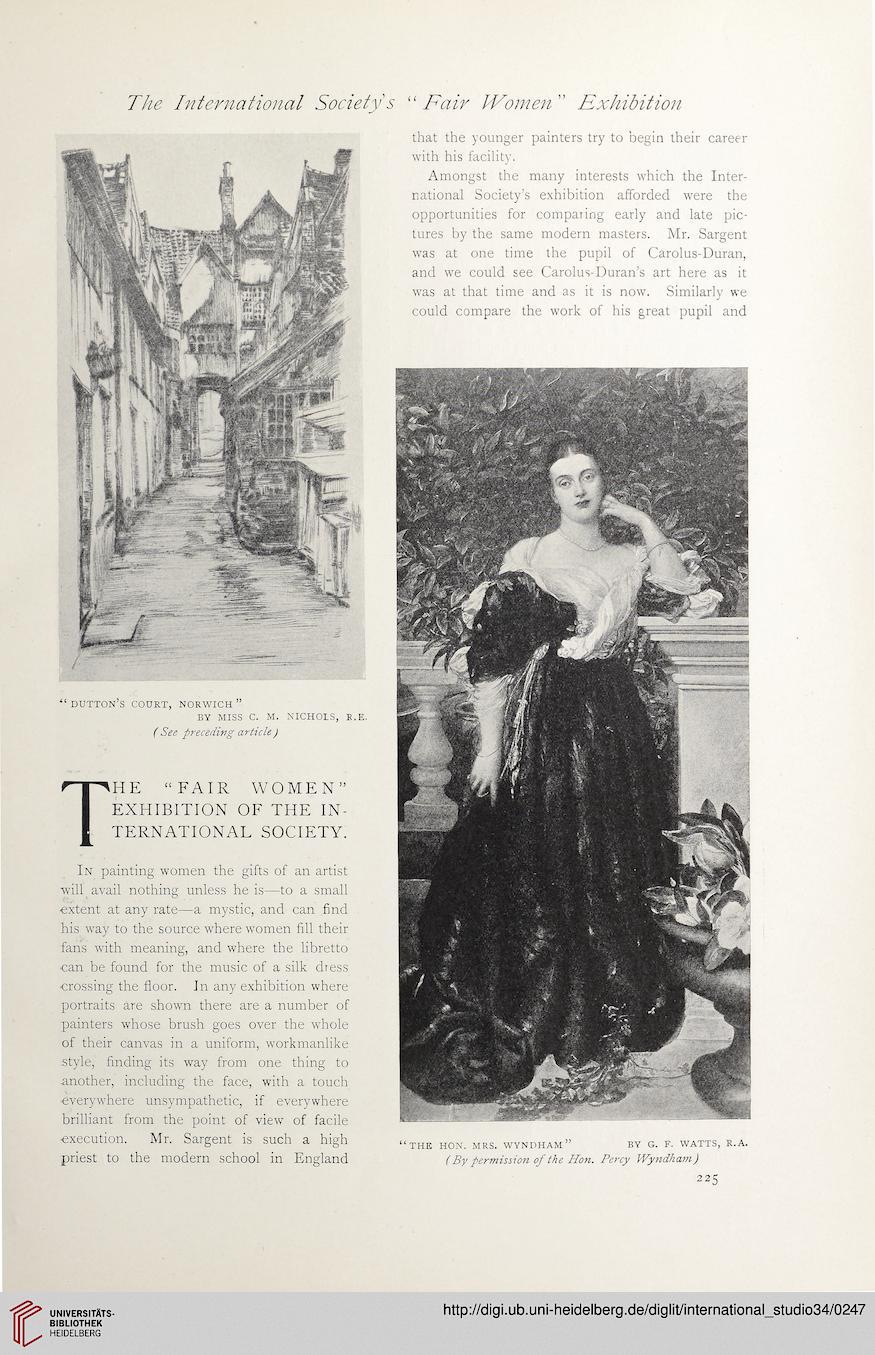 THE “FAIR WOMEN”
EXHIBITION OF THE IN-
TERNATIONAL SOCIETY.
In painting women the gifts of an artist
will avail nothing unless he is—to a small
extent at any rate—a mystic, and can find
his way to the source where women fill their
fans with meaning, and where the libretto
■can be found for the music of a silk dress
■crossing the floor. Jn any exhibition where
portraits are shown there are a number of
painters whose brush goes over the whole
of their canvas in a uniform, workmanlike
style, finding its way from one thing to
another, including the face, with a touch
■everywhere unsympathetic, if everywhere
brilliant from the point of view of facile
■execution. Mr. Sargent is such a high
priest to the modern school in England

that the younger painters try to begin their career
with his facility.
Amongst the many interests which the Inter-
national Society’s exhibition afforded were the
opportunities for comparing early and late pic-
tures by the same modern masters. Mr. Sargent
was at one time the pupil of Carolus-Duran,
and we could see Carolus-Duran’s art here as it
was at that time and as it is now. Similarly we
could compare the work of his great pupil and