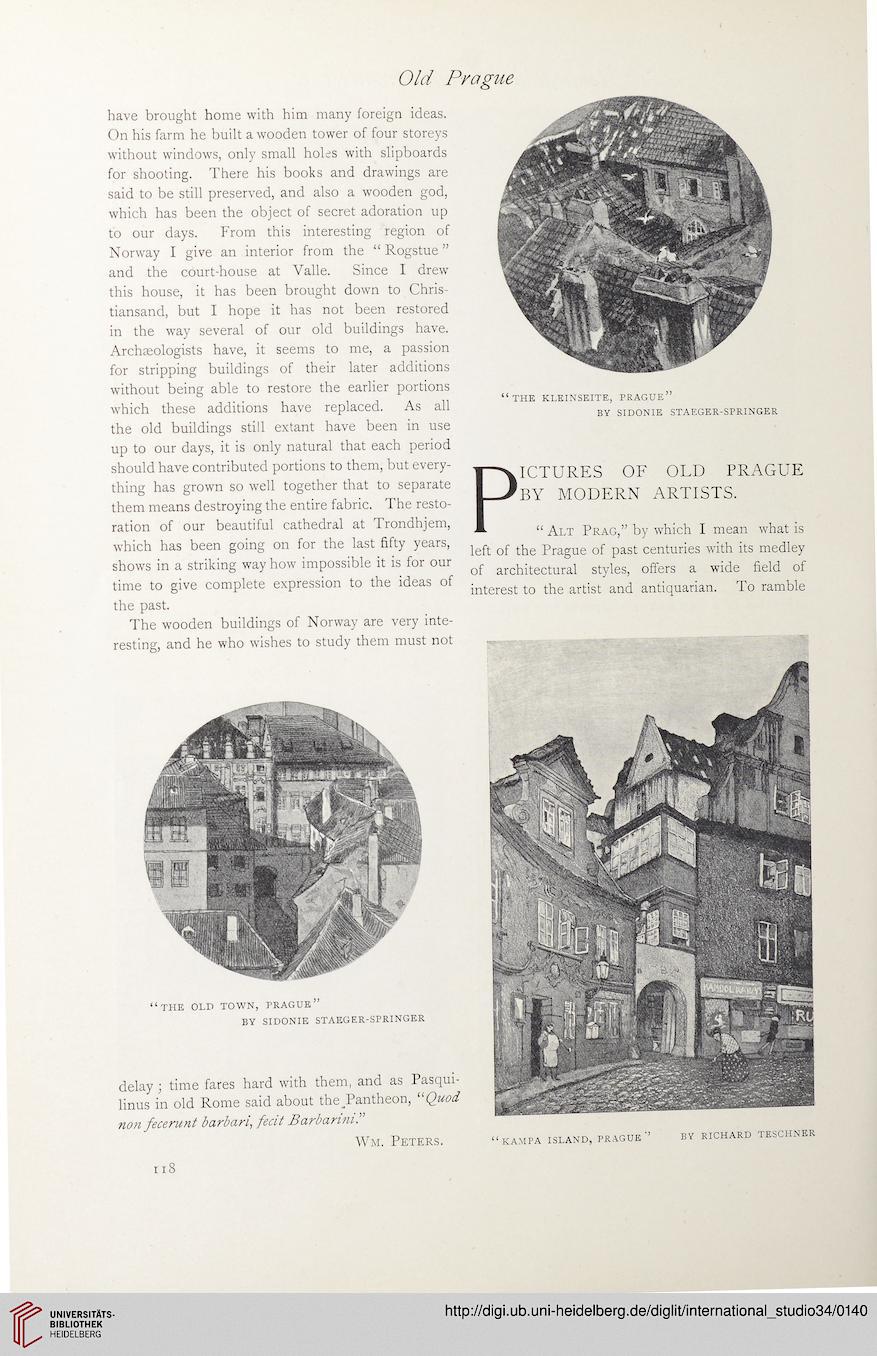 have brought home with him many foreign ideas.
On his farm he built a wooden tower of four storeys
without windows, only small holes with slipboards
for shooting. There his books and drawings are
said to be still preserved, and also a wooden god,
which has been the object of secret adoration up
to our days. From this interesting region of
Norway I give an interior from the “ Rogstue ”
and the court-house at Valle. Since I drew
this house, it has been brought down to Chris-
tiansand, but I hope it has not been restored
in the way several of our old buildings have.
Archaeologists have, it seems to me, a passion
for stripping buildings of their later additions
without being able to restore the earlier portions
which these additions have replaced. As all
the old buildings still extant have been in use
up to our days, it is only natural that each period
should have contributed portions to them, but every-
thing has grown so well together that to separate
them means destroying the entire fabric. The resto-
ration of our beautiful cathedral at Trondhjem,
which has been going on for the last fifty years,
shows in a striking way how impossible it is for our
time to give complete expression to the ideas of
the past.
The wooden buildings of Norway are very inte-
resting, and he who wishes to study them must not

“ Alt Prag,” by which I mean what is
left of the Prague of past centuries with its medley
of architectural styles, offers a wide field of
interest to the artist and antiquarian. To ramble