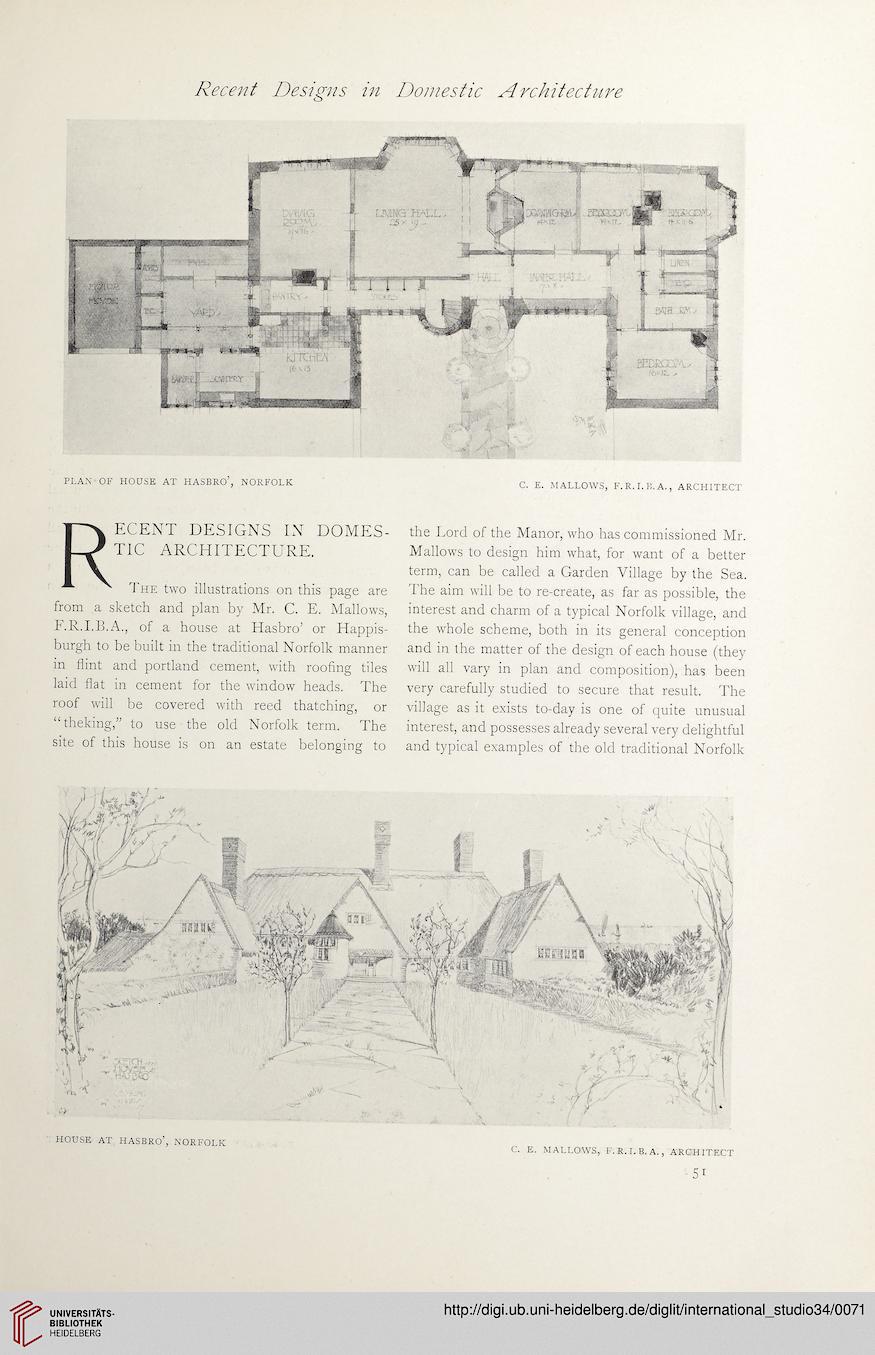 
PLAN OF HOUSE AT HASBRO’, NORFOLK

The two illustrations on this page are
from a sketch and plan by Mr. C. E. Mallows,
F.R.I.ILA., of a house at Hasbro’ or Happis-
burgh to be built in the traditional Norfolk manner
in flint and portland cement, with roofing tiles
laid flat in cement for the window heads. The
roof will be covered with reed thatching, or
“theking,” to use the old Norfolk term. The
site of this house is on an estate belonging to

the Lord of the Manor, who has commissioned Mr.
Mallows to design him what, for want of a better
term, can be called a Garden Village by the Sea.
The aim will be to re-create, as far as possible, the
interest and charm of a typical Norfolk village, and
the whole scheme, both in its general conception
and in the matter of the design of each house (they
will all vary in plan and composition), has been
very carefully studied to secure that result. The
village as it exists to-day is one of quite unusual
interest, and possesses already several very delightful
and typical examples of the old traditional Norfolk