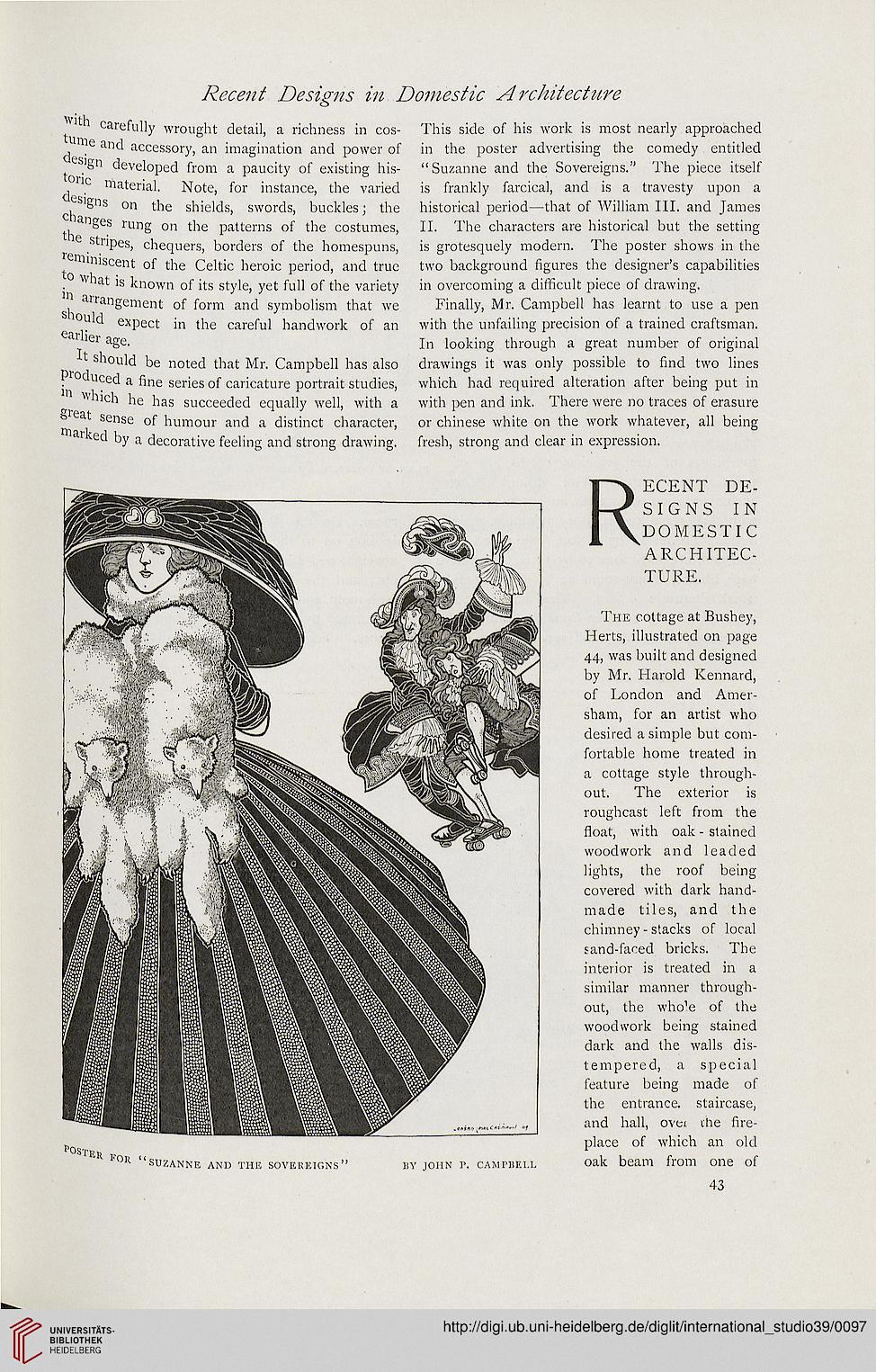 With carefully wrought detail, a richness in cos- This side of his work is most nearly approached

tume and accessory, an imagination and power of in the poster advertising the comedy entitled

d«>gn developed from a paucity of existing his- "Suzanne and the Sovereigns." lhe piece itselt

t0"c material. Note, for instance, the varied is frankly farcical, and is a travesty upon a

d«igns on the shields, swords, buckles; the historical period-that of William III. and James

Ganges rung on the patterns of the costumes, II. The characters are historical but the setting

th^ stripes, chequers, borders of the homespuns, is grotesquely modern. The poster shows in the

t0 what is known of its style, yet full of the variety in overcoming a difficult piece of drawing.
in arrangement of form and symbolism that we Finally, Mr. Campbell has learnt to use a pen

earlier age In looking through a great number of original

^ should be noted that Mr. Campbell has also drawings it was only possible to find two lines

Produced a fine series of caricature portrait studies, which had required alteration after being put in

in Which he has succeeded equally well, with a with pen and ink. There were no traces of erasure

great sense of humour and a distinct character, or chine.se white on the work whatever, all being

marked by a decorative feeling and strong drawing. fresh, strong and clear in expression.

The cottage at Bushey,
Herts, illustrated on page
44, was built and designed
by Mr. Harold Kennard,
of London and Amer-
sham, for an artist who
desired a simple but com-
fortable home treated in
a cottage style through-
out. The exterior is
roughcast left from the
float, with oak - stained
woodwork and leaded
lights, the roof being
covered with dark hand-
made tiles, and the
chimney - stacks of local
sand-faced bricks. The
interior is treated in a
similar manner through-
out, the whole of the
woodwork being stained
dark and the walls dis-
tempered, a special
feature being made of
the entrance, staircase,
and hall, ovei the fire-

p0s place of which an old