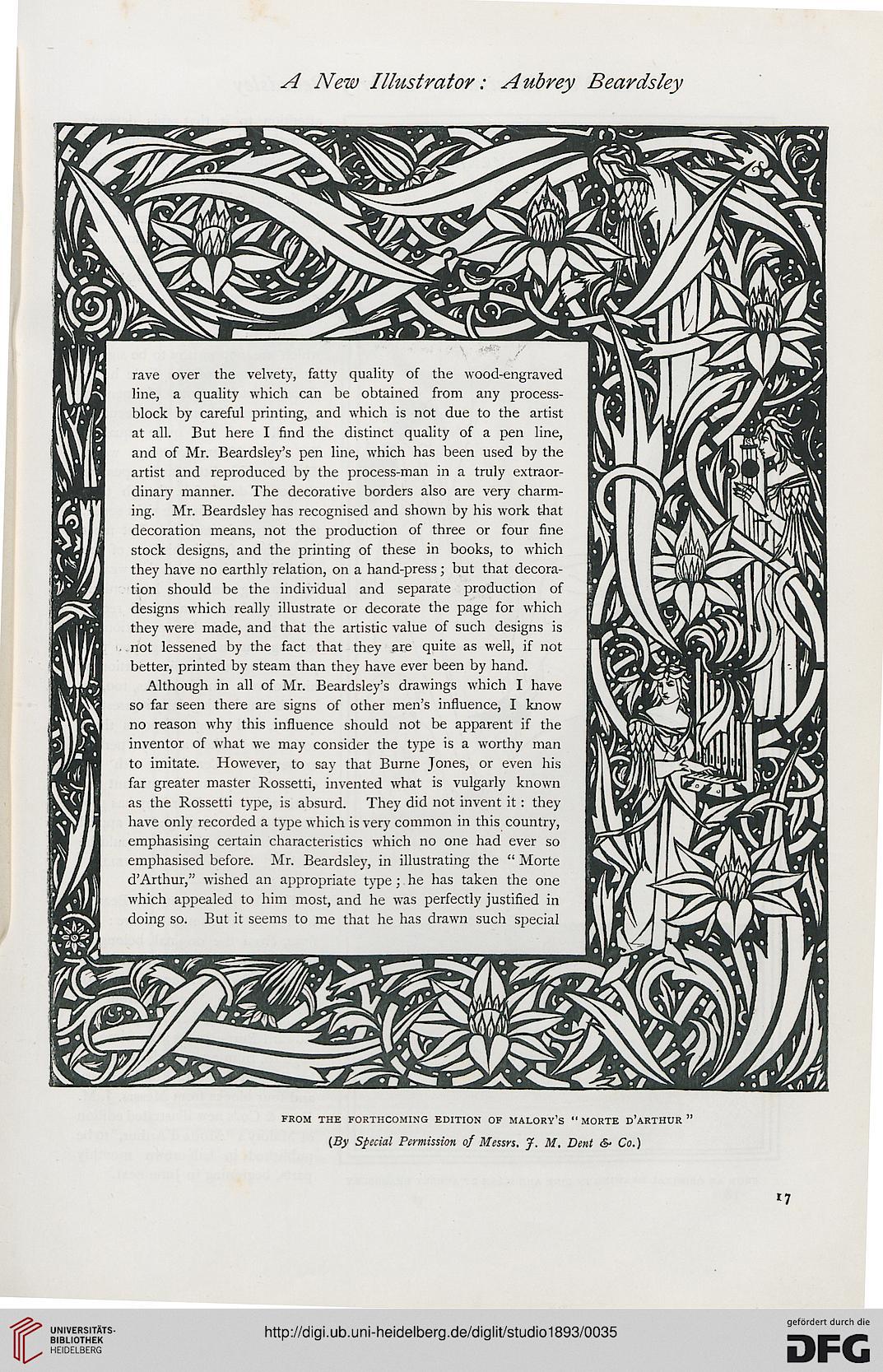 rave over the velvety, fatty quality of the wood-engraved
line, a quality which can be obtained from any process-
block by careful printing, and which is not due to the artist
at all. But here I find the distinct quality of a pen line,
and of Mr. Beardsley's pen line, which has been used by the
artist and reproduced by the process-man in a truly extraor-
dinary manner. The decorative borders also are very charm-
ing. Mr. Beardsley has recognised and shown by his work that
decoration means, not the production of three or four fine
stock designs, and the printing of these in books, to which
they have no earthly relation, on a hand-press; but that decora-
tion should be the individual and separate production of
designs which really illustrate or decorate the page for which
they were made, and that the artistic value of such designs is
not lessened by the fact that they are quite as well, if not
better, printed by steam than they have ever been by hand.

Although in all of Mr. Beardsley's drawings which I have
so far seen there are signs of other men's influence, I know
no reason why this influence should not be apparent if the
inventor of what we may consider the type is a worthy man
to imitate. However, to say that Burne Jones, or even his
far greater master Rossetti, invented what is vulgarly known
as the Rossetti type, is absurd. They did not invent it: they
have only recorded a type which is very common in this country,
emphasising certain characteristics which no one had ever so
emphasised before. Mr. Beardsley, in illustrating the " Morte
d'Arthur," wished an appropriate type; he has taken the one
which appealed to him most, and he was perfectly justified in
doing so. But it seems to me that he has drawn such special

FROM THE FORTHCOMING EDITION OF MALORY'S " MORTE D'ARTHUR ;