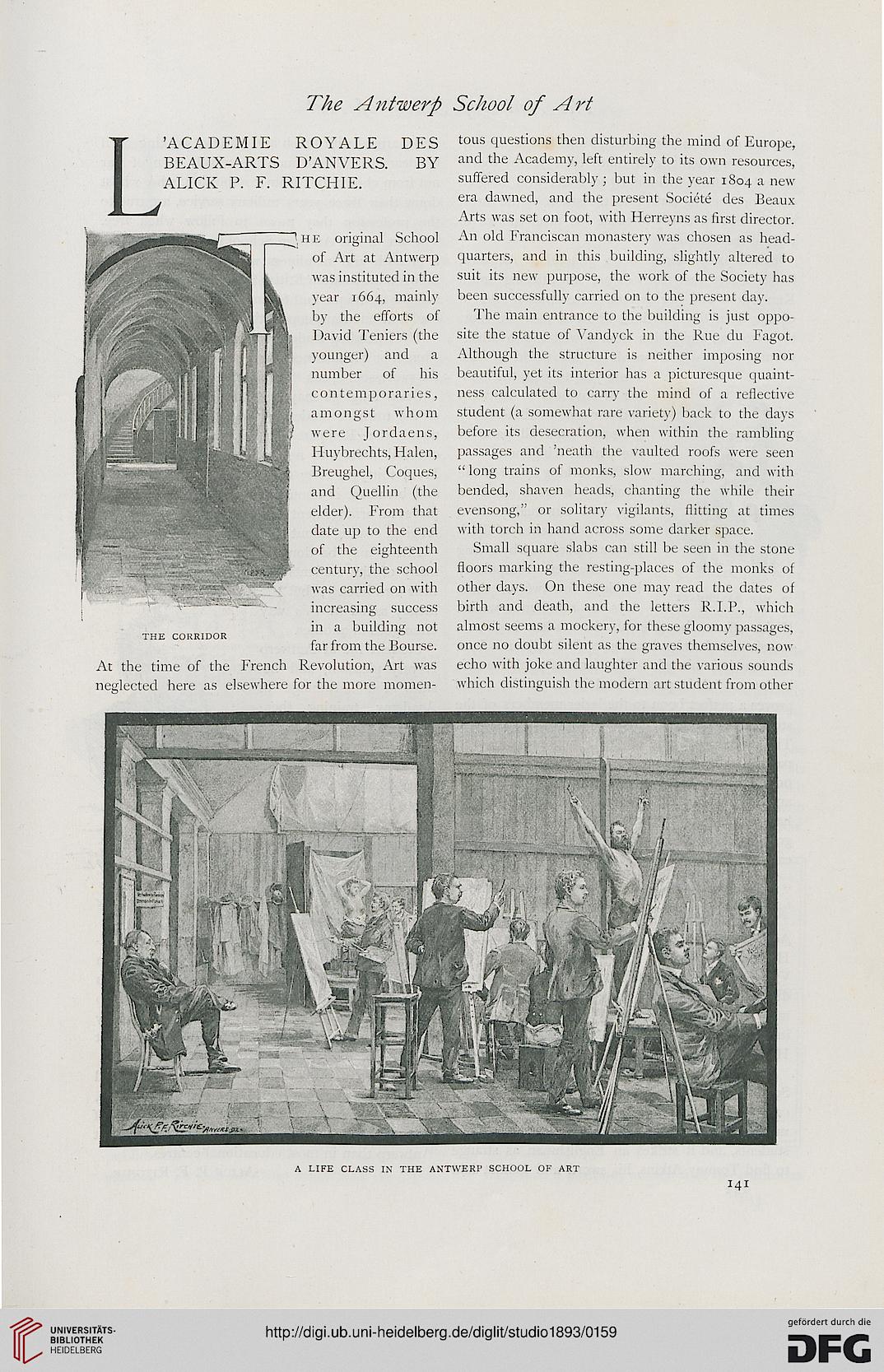 BEAUX-ARTS D'ANVERS. BY ancl tne Academy, left entirely to its own resources,

ALICK P F RITCHIE suffered considerably; but in the year 1804 a new

era dawned, and the present Societe des Beaux
Arts was set on foot, with Herreyns as first director.
h E original School An old Franciscan monastery was chosen as head-
of Art at Antwerp cjuarters, and in this building, slightly altered to
was instituted in the suit its new purpose, the work of the Society has
year 1664, mainly been successfully carried on to the present day.
by the efforts of The main entrance to the building is just oppo-
1 )avid Teniers (the site the statue of Vandyck in the Rue du Fagot,
younger) and a Although the structure is neither imposing nor
number of his beautiful, yet its interior has a picturesque quaint-
contemporaries, ness calculated to carry the mind of a reflective
amongst whom student (a somewhat rare variety) back to the days
were Jordaens, before its desecration, when within the rambling
lluybrechts, Halen, passages and 'neath the vaulted roofs were seen
Breughel, Coques, " long trains of monks, slow marching, and with
and Quellin (the bended, shaven heads, chanting the while their
elder). From that evensong," or solitary vigilante, flitting at times
date up to the end with torch in hand across some darker space,
of the eighteenth Small square slabs can still be seen in the stone
century, the school floors marking the resting-places of the monks of
was carried on with other days. On these one may read the dates of
increasing success birth and death, and the letters R.I.P., which
a building not almost seems a mockery, for these gloomy passages,

farfromtheBour.se. once no doubt silent as the graves themselves, now
At the time of the French Revolution, Art was echo with joke and laughter and the various sounds
neglected here as elsewhere for the more momen- which distinguish the modern art student from other

A LIFE CLASS IN THE ANTWERP SCHOOL OF ART