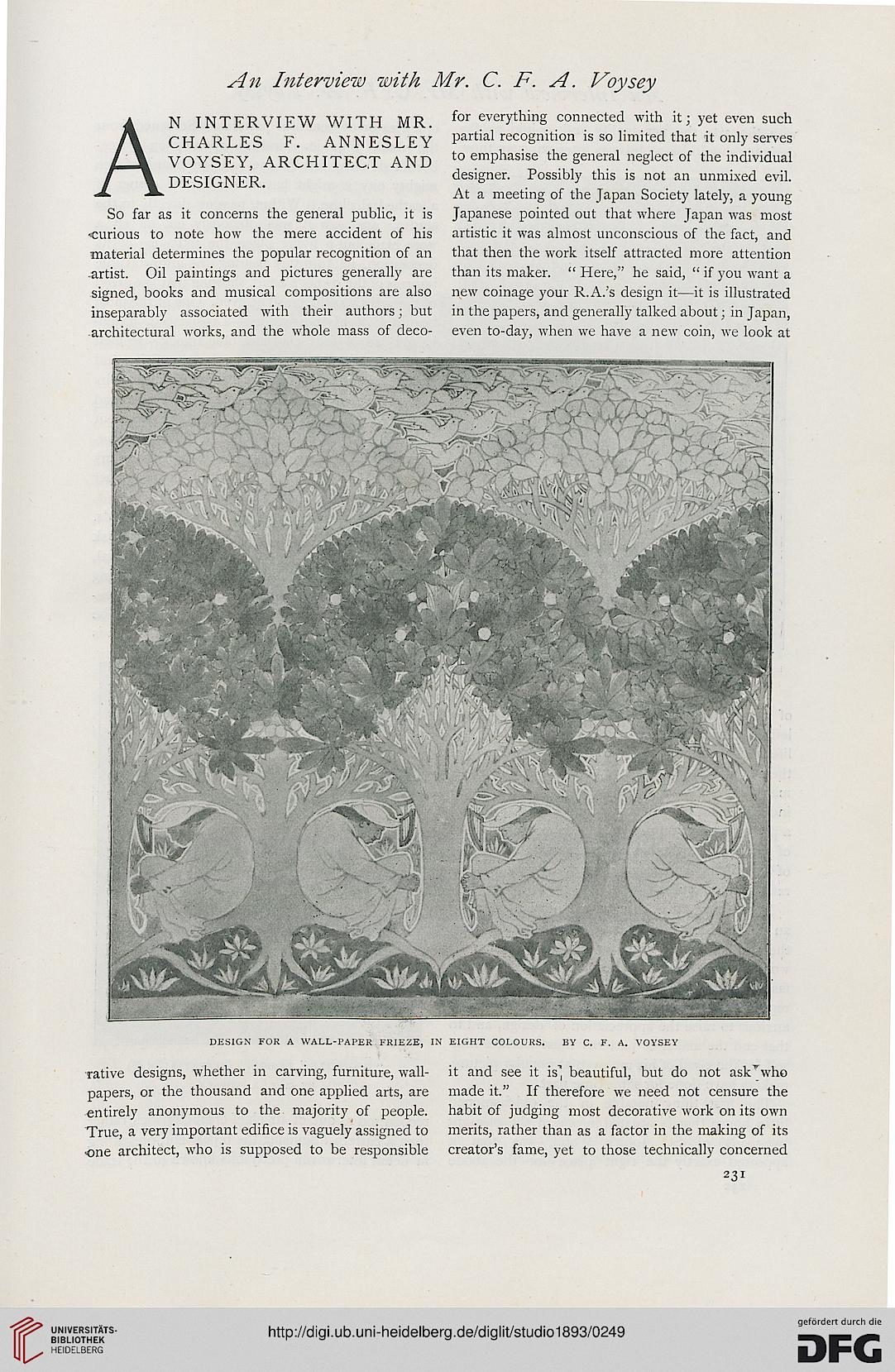 AN INTERVIEW WITH MR. for everYthing connected with it; yet even such

CHARLES F. ANNESLEY Partial recognition is so limited that it only serves

VOYSEY ARCHITECT AND to emphasise the general neglect of the individual

DESIGNER designer. Possibly this is not an unmixed evil.
At a meeting of the Japan Society lately, a young

So far as it concerns the general public, it is Japanese pointed out that where Japan was most

■curious to note how the mere accident of his artistic it was almost unconscious of the fact, and

artist. Oil paintings and pictures generally are than its maker. " Here," he said, " if you want a

inseparably associated with their authors; but in the papers, and generally talked about; in Japan,

architectural works, and the whole mass of deco- even to-day, when we have a new coin, we look at

DESIGN FOR A WALL-TAPER FRIEZE, IN EIGHT COLOURS. BY C. F. A. VOYSEY

rative designs, whether in carving, furniture, wall- it and see it is' beautiful, but do not ask^who

papers, or the thousand and one applied arts, are made it." If therefore we need not censure the

entirely anonymous to the majority of people. habit of judging most decorative work on its own

True, a very important edifice is vaguely assigned to merits, rather than as a factor in the making of its

one architect, who is supposed to be responsible creator's fame, yet to those technically concerned