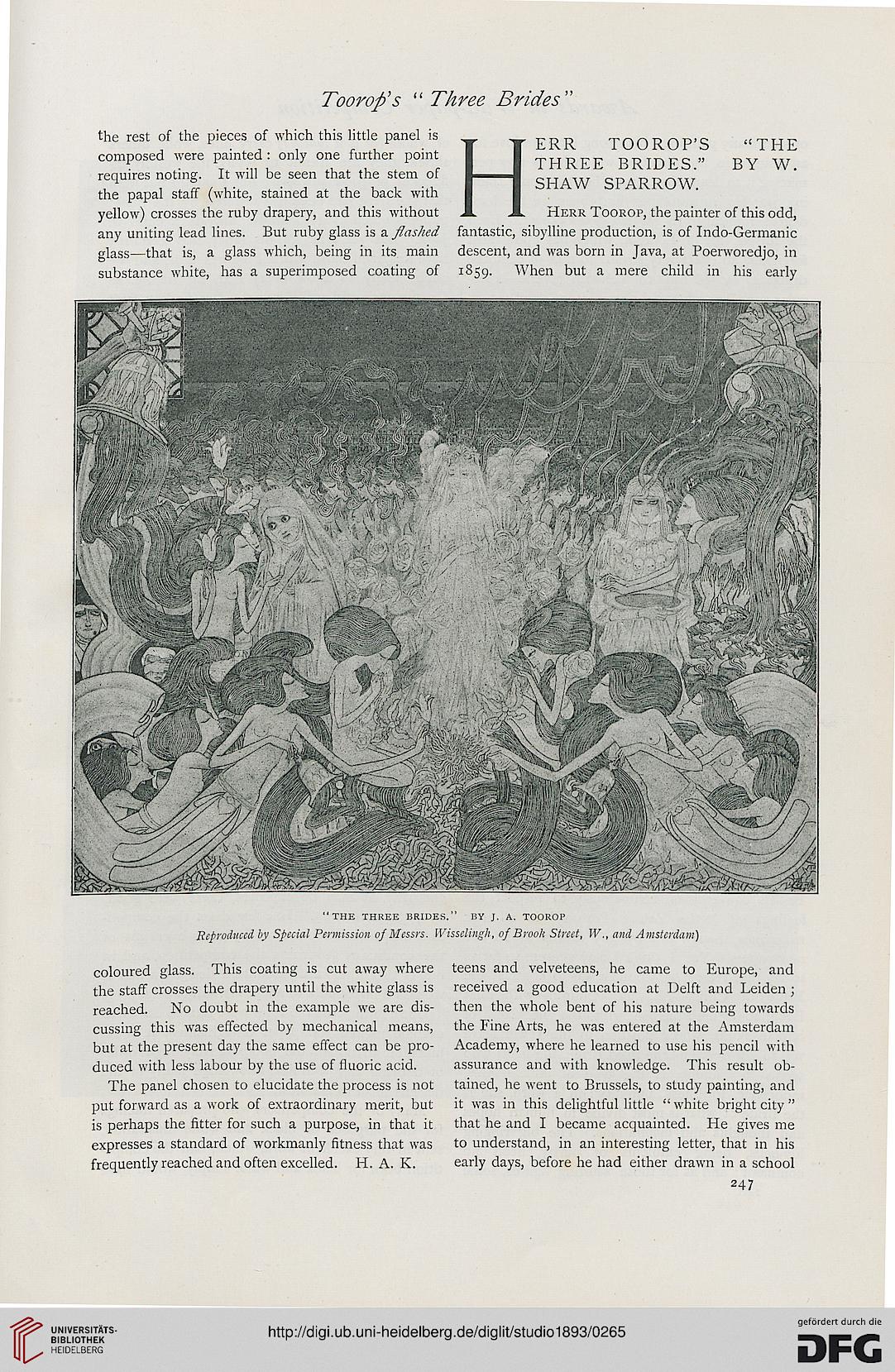 composed were painted: only one further point THREE BRIDES" BY W

requires noting. It will be seen that the stem of I I .

yellow) crosses the ruby drapery, and this without JL A Herr Toorop, the painter of this odd,

any uniting lead lines. But ruby glass is a flashed fantastic, sibylline production, is of Indo-Germanic

glass—that is, a glass which, being in its main descent, and was born in Java, at Poerworedjo, in

substance white, has a superimposed coating of 1859. When but a mere child in his early

Reproduced, by Special Permission of Messrs. Wissclingh, of Brook Street, W., and Amsterdam)

coloured glass. This coating is cut away where teens and velveteens, he came to Europe, and

the staff crosses the drapery until the white glass is received a good education at Delft and Leiden ;

reached. No doubt in the example we are dis- then the whole bent of his nature being towards

cussing this was effected by mechanical means, the Fine Arts, he was entered at the Amsterdam

but at the present day the same effect can be pro- Academy, where he learned to use his pencil with

duced with less labour by the use of fluoric acid. assurance and with knowledge. This result ob-

The panel chosen to elucidate the process is not tained, he went to Brussels, to study painting, and

put forward as a work of extraordinary merit, but it was in this delightful little " white bright city "

is perhaps the fitter for such a purpose, in that it that he and I became acquainted. He gives me

expresses a standard of workmanly fitness that was to understand, in an interesting letter, that in his

frequently reached and often excelled. H. A. K. early days, before he had either drawn in a school