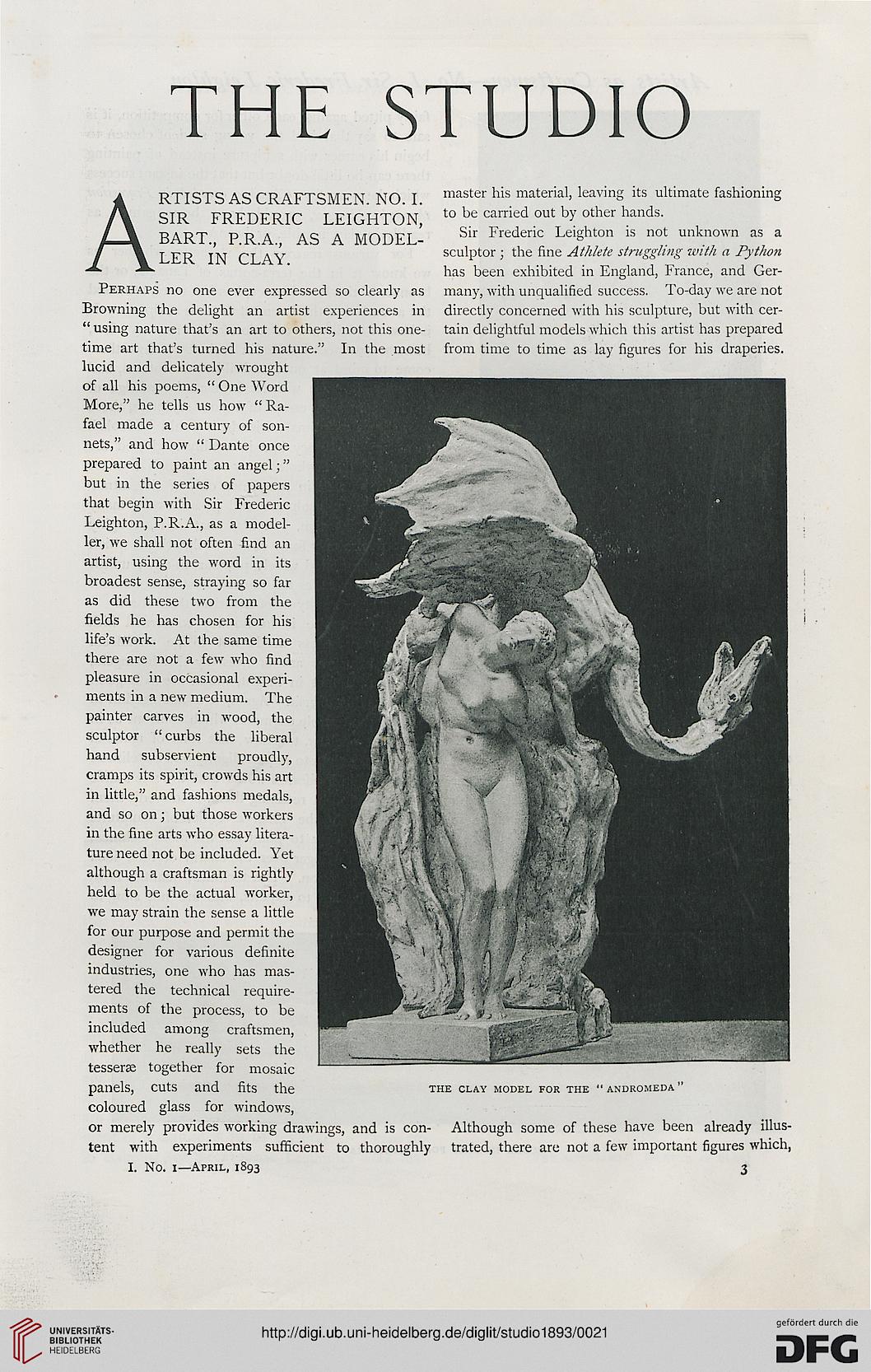 RTISTS AS CRAFTSMEN. NO. I.

master his material, leaving its ultimate fashioning
SIR FREDERIC LEIGHTON, to be earned out by other hands.

LER IN CLAY sculptor ; the fine Athlete struggling with a Python

has been exhibited in England, France, and Ger-
Perhaps no one ever expressed so clearly as many, with unqualified success. To-day we are not
Browning the delight an artist experiences in directly concerned with his sculpture, but with cer-
" using nature that's an art to others, not this one- tain delightful models which this artist has prepared
time art that's turned his nature." In the most from time to time as lay figures for his draperies,
lucid and delicately wrought
of all his poems, " One Word
More," he tells us how "Ra-
fael made a century of son-
nets," and how " Dante once
prepared to paint an angel;"
but in the series of papers
that begin with Sir Frederic
Leighton, P.R.A., as a model-
ler, we shall not often find an
artist, using the word in its
broadest sense, straying so far
as did these two from the
fields he has chosen for his
life's work. At the same time
there are not a few who find
pleasure in occasional experi-
ments in a new medium. The
painter carves in wood, the
sculptor " curbs the liberal
hand subservient proudly,
cramps its spirit, crowds his art
in little," and fashions medals,
and so on; but those workers
in the fine arts who essay litera-
ture need not be included. Yet
although a craftsman is rightly
held to be the actual worker,
we may strain the sense a little
for our purpose and permit the
designer for various definite
industries, one who has mas-
tered the technical require-
ments of the process, to be
included among craftsmen,
whether he really sets the
tesserae together for mosaic
panels, cuts and fits the the clay model for the " andromeda "

or merely provides working drawings, and is con- Although some of these have been already illus-
tent with experiments sufficient to thoroughly trated, there are not a few important figures which,
I. No. i—April, 1893 3