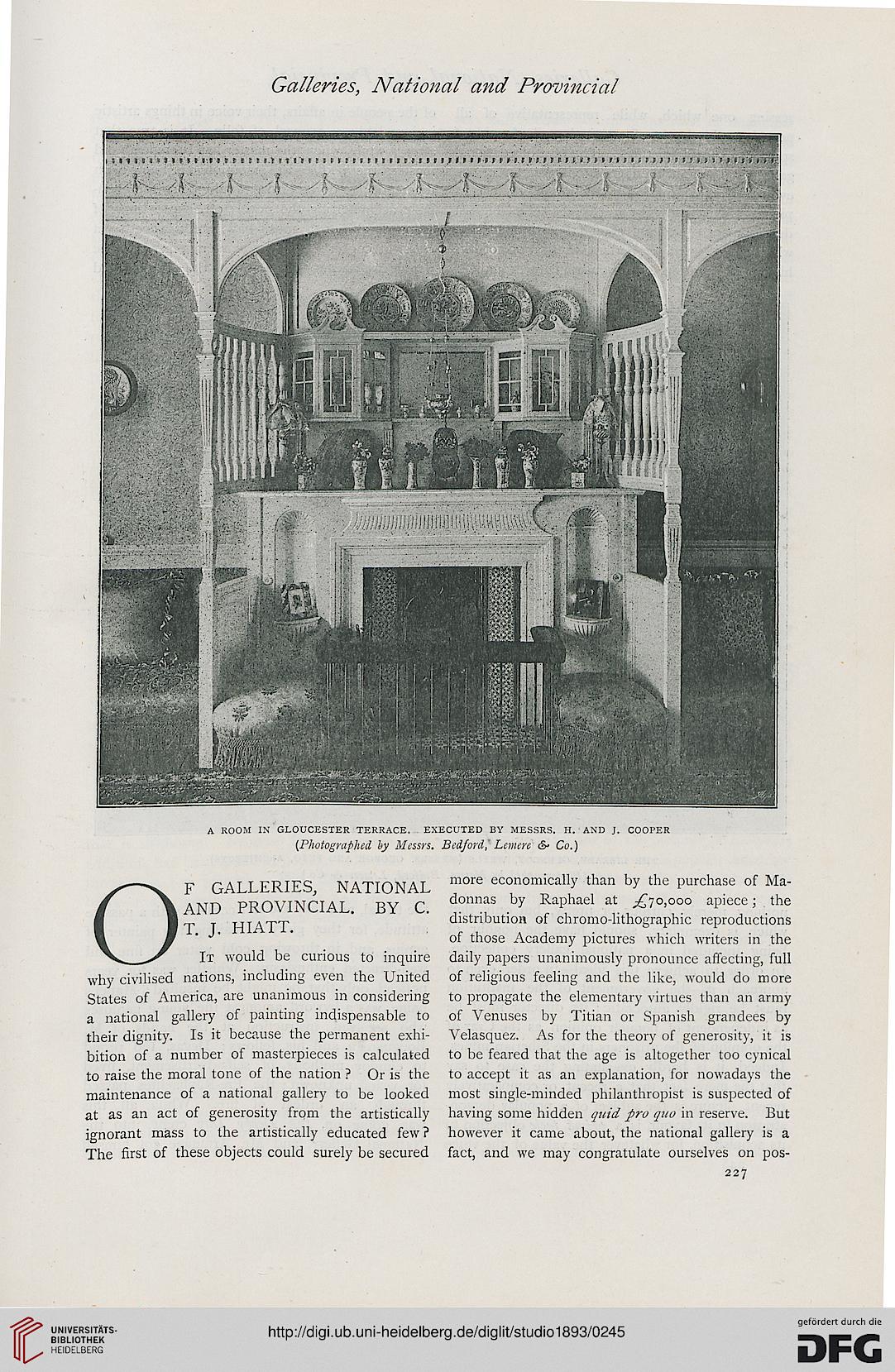 Scroll
OCR fulltext
Information about OCR text
OF GALLERIES, NATIONAL
AND PROVINCIAL. BY C.
T. J. HI ATT.
It would be curious to inquire
why civilised nations, including even the United
States of America, are unanimous in considering
a national gallery of painting indispensable to
their dignity. Is it because the permanent exhi-
bition of a number of masterpieces is calculated
to raise the moral tone of the nation ? Or is the
maintenance of a national gallery to be looked
at as an act of generosity from the artistically
ignorant mass to the artistically educated few?
The first of these objects could surely be secured

more economically than by the purchase of Ma-
donnas by Raphael at ^70,000 apiece; the
distribution of chromo-lithographic reproductions
of those Academy pictures which writers in the
daily papers unanimously pronounce affecting, full
of religious feeling and the like, would do more
to propagate the elementary virtues than an army
of Venuses by Titian or Spanish grandees by
Velasquez. As for the theory of generosity, it is
to be feared that the age is altogether too cynical
to accept it as an explanation, for nowadays the
most single-minded philanthropist is suspected of
having some hidden quid pro quo in reserve. But
however it came about, the national gallery is a
fact, and we may congratulate ourselves on pos-