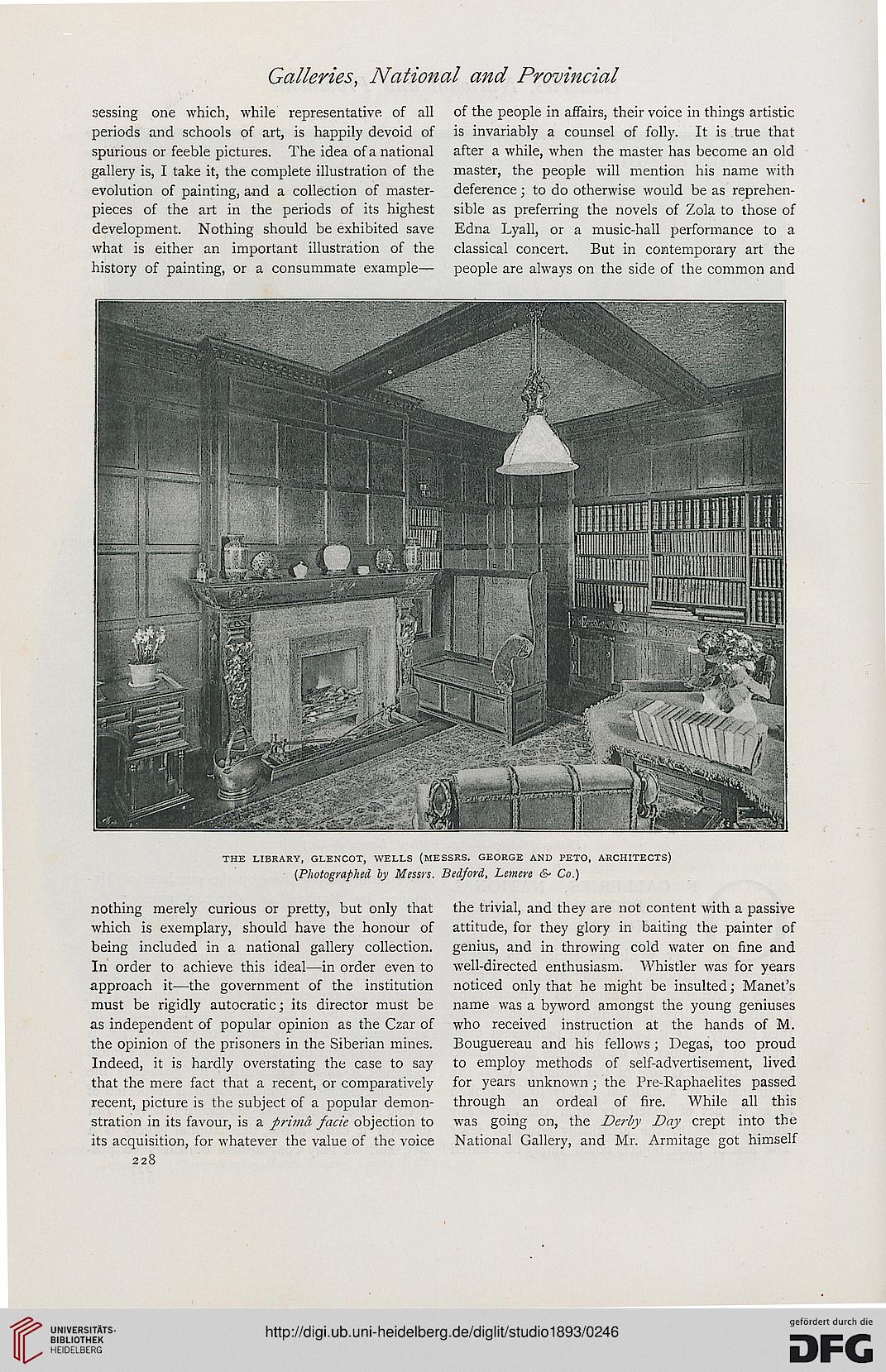 sessing one which, while representative of all of the people in affairs, their voice in things artistic

periods and schools of art, is happily devoid of is invariably a counsel of folly. It is true that

spurious or feeble pictures. The idea of a national after a while, when the master has become an old

gallery is, I take it, the complete illustration of the master, the people will mention his name with

evolution of painting, and a collection of master- deference; to do otherwise would be as reprehen-

development. Nothing should be exhibited save Edna Lyall, or a music-hall performance to a

what is either an important illustration of the classical concert. But in contemporary art the

history of painting, or a consummate example— people are always on the side of the common and

nothing merely curious or pretty, but only that the trivial, and they are not content with a passive

which is exemplary, should have the honour of attitude, for they glory in baiting the painter of

being included in a national gallery collection, genius, and in throwing cold water on fine and

In order to achieve this ideal—in order even to well-directed enthusiasm. Whistler was for years

approach it—the government of the institution noticed only that he might be insulted; Manet's

must be rigidly autocratic; its director must be name was a byword amongst the young geniuses

as independent of popular opinion as the Czar of who received instruction at the hands of M.

the opinion of the prisoners in the Siberian mines. Bouguereau and his fellows ; Degas, too proud

Indeed, it is hardly overstating the case to say to employ methods of self-advertisement, lived

that the mere fact that a recent, or comparatively for years unknown ; the Pre-Raphaelites passed

recent, picture is the subject of a popular demon- through an ordeal of fire. While all this

stration in its favour, is a prima facie objection to was going on, the Derby Day crept into the

its acquisition, for whatever the value of the voice National Gallery, and Mr. Armitage got himself
228