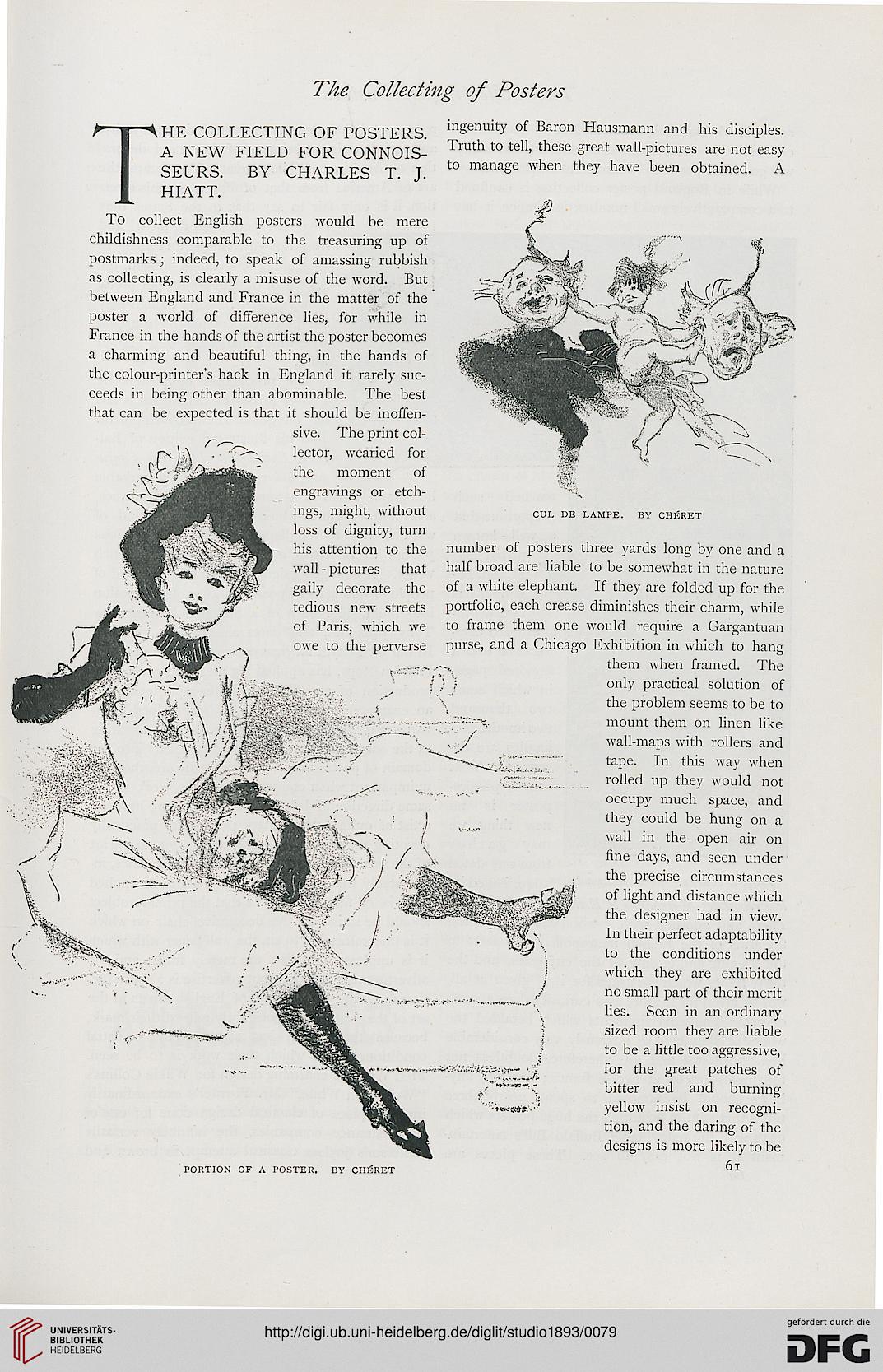 HE COLLECTING OF POSTERS '"g^nuity of Baron Hausmann and his disciples.
A NEW FIELD FOR CONNOIS- TrUth to tdl' these great wall-Pictures are »ot easY
SEURS BY CHARLES T J t0 manaSe wnen tney nave been obtained. A

To collect English posters would be mere
childishness comparable to the treasuring up of
postmarks ; indeed, to speak of amassing rubbish
as collecting, is clearly a misuse of the word. But
between England and France in the matter of the
poster a world of difference lies, for while in
France in the hands of the artist the poster becomes
a charming and beautiful thing, in the hands of
the colour-printer's hack in England it rarely suc-
ceeds in being other than abominable. The best
that can be expected is that it should be inoffen-
sive. The print col-

lector, wearied for
the moment of
engravings or etch-
ings, might, without cul de lampe. by cheret
loss of dignity, turn

his attention to the number of posters three yards long by one and a
wall - pictures that half broad are liable to be somewhat in the nature
gaily decorate the of a white elephant. If they are folded up for the
tedious new streets portfolio, each crease diminishes their charm, while
of Paris, which we to frame them one would require a Gargantuan
owe to the perverse purse, and a Chicago Exhibition in which to hang
_ _ _ them when framed. The

I i | only practical solution of

wall-maps with rollers and
tape. In this way when
rolled up they would not
occupy much space, and
they could be hung on a
wall in the open air on
fine days, and seen under
the precise circumstances
of light and distance which
the designer had in view.
In their perfect adaptability
to the conditions under
which they are exhibited
no small part of their merit
lies. Seen in an ordinary
sized room they are liable
J to be a little too aggressive,

tion, and the daring of the
designs is more likely to be
61

PORTION OF a POSTER. by CHtfRET