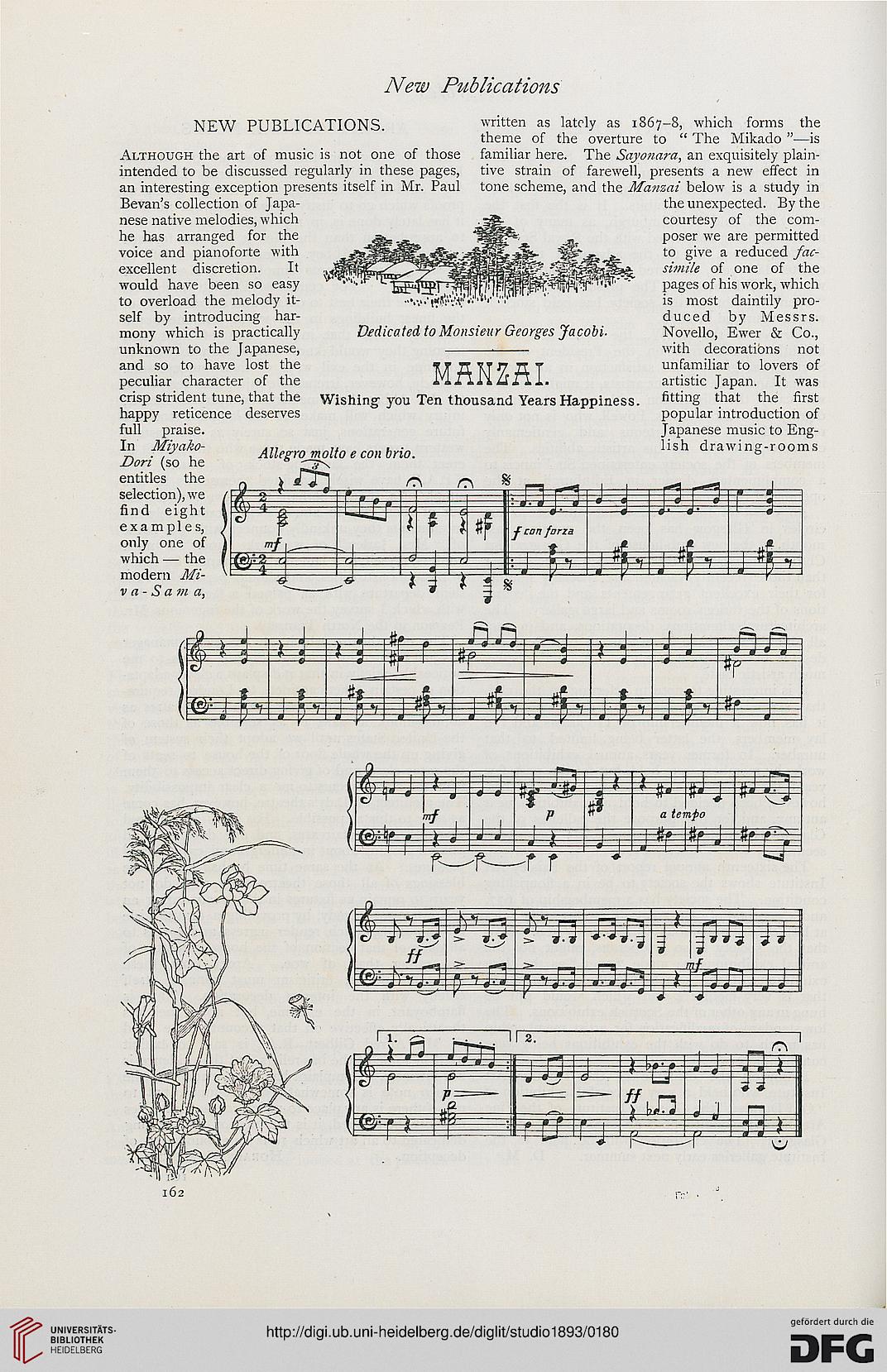 NEW PUBLICATIONS. written as lately as 1867-8, which forms the

theme of the overture to " The Mikado "—is
Although the art of music is not one of those familiar here. The Sayonara, an exquisitely plain-
intended to be discussed regularly in these pages, tive strain of farewell, presents a new effect in
an interesting exception presents itself in Mr. Paul tone scheme, and the Manzai below is a study in
Bevan's collection of Japa- the unexpected. By the
nese native melodies, which . ^st courtesy of the com-
he has arranged for the ^fH^ . poser we are permitted
voice and pianoforte with "Sh**-^ t0 S've a reduced /air-

excellent discretion. It ^^MLl^^T3^^simile of one of the
would have been so easy v' ^^g^EPPfflffl TOffllp:^?i^s^r'* *' pages of his work, which
to overload the melody it- •••.•.••'fifjfrW' ' is most daintily pro-
self by introducing har- duced by Messrs.
mony which is practically Dedicated to Monsieur Georges Jacobi- Novello, Ewer & Co.,

unknown to the Japanese, - with decorations not

peculiar character of the l/iiiiiZfxTl. artistic Japan. It was

crisp strident tune, that the Wishing- you Ten thousand Years Happiness. fitting that the first

selection), we
find eight
examples,
only one of
which — the
modern Mi-
ll a- Sam a,