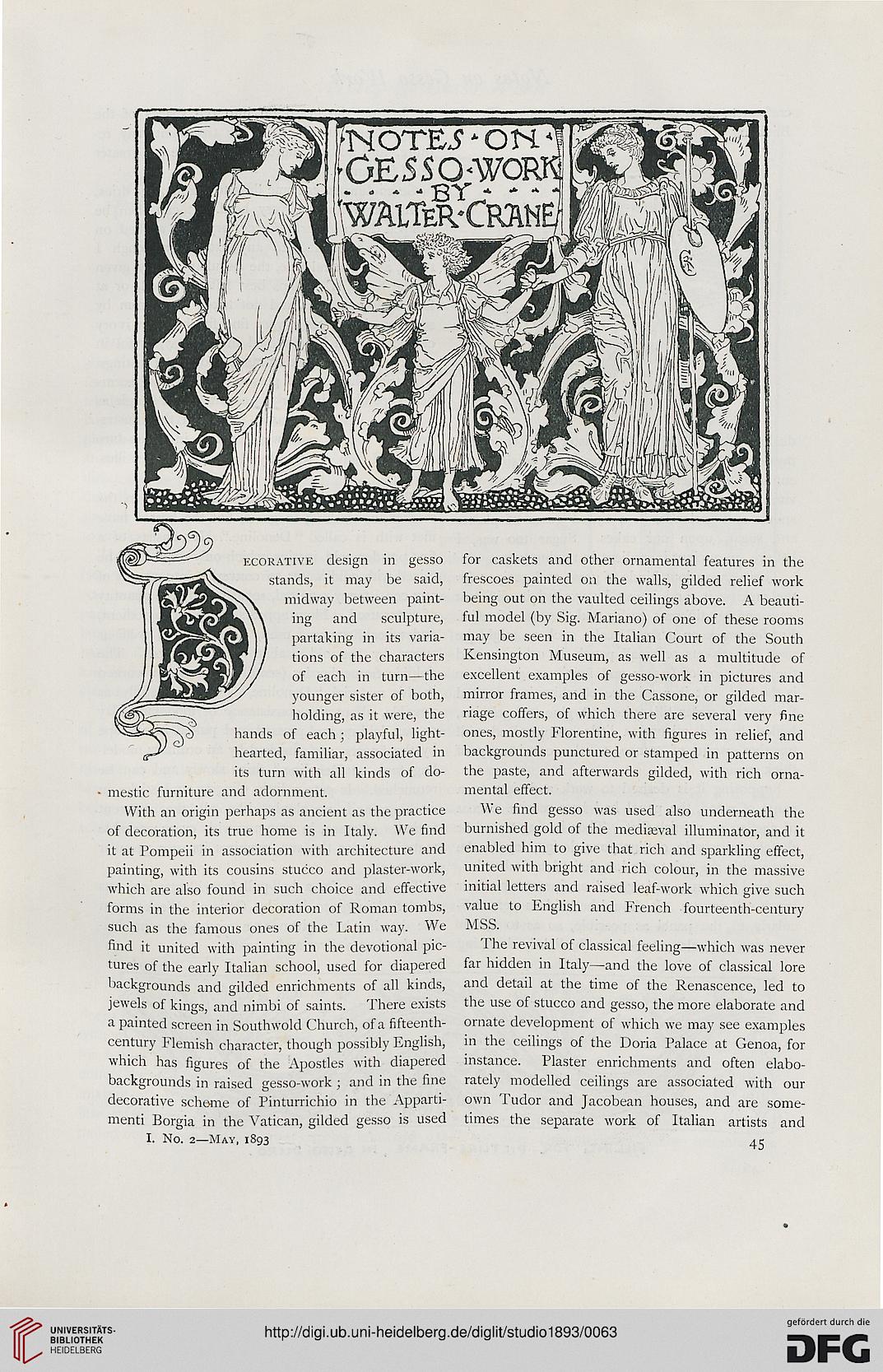 Scroll
OCR fulltext
Information about OCR text
ecorative design in gesso for caskets and other ornamental features in the
stands, it may be said, frescoes painted on the walls, gilded relief work
midway between paint- being out on the vaulted ceilings above. A beauti-
ing and sculpture, ful model (by Sig. Mariano) of one of these rooms
partaking in its varia- may be seen in the Italian Court of the South
tions of the characters Kensington Museum, as well as a multitude of
of each in turn—the excellent examples of gesso-work in pictures and
younger sister of both, mirror frames, and in the Cassone, or gilded mar-
holding, as it were, the riage coffers, of which there are several very fine
hands of each ; playful, light- ones, mostly Florentine, with figures in relief, and
hearted, familiar, associated in backgrounds punctured or stamped in patterns on
its turn with all kinds of do- the paste, and afterwards gilded, with rich orna-
mestic furniture and adornment. mental effect.

of decoration, its true home is in Italy. We find burnished gold of the mediaeval illuminator, and it

it at Pompeii in association with architecture and enabled him to give that rich and sparkling effect,

painting, with its cousins stucco and plaster-work, united with bright and rich colour, in the massive

forms in the interior decoration of Roman tombs, value to English and French fourteenth-century

such as the famous ones of the Latin way. We MSS.

tures of the early Italian school, used for diapered far hidden in Italy—and the love of classical lore

backgrounds and gilded enrichments of all kinds, and detail at the time of the Renascence, led to

jewels of kings, and nimbi of saints. There exists the use of stucco and gesso, the more elaborate and

a painted screen in Southwold Church, of a fifteenth- ornate development of which we may see examples

century Flemish character, though possibly English, in the ceilings of the Doria Palace at Genoa, for

which has figures of the Apostles with diapered instance. Plaster enrichments and often elabo-

backgrounds in raised gesso-work ; and in the fine rately modelled ceilings are associated with our

decorative scheme of Pinturrichio in the Apparti- own Tudor and Jacobean houses, and are some-

menti Borgia in the Vatican, gilded gesso is used times the separate work of Italian artists and
I. No. 2—May, 1893 45