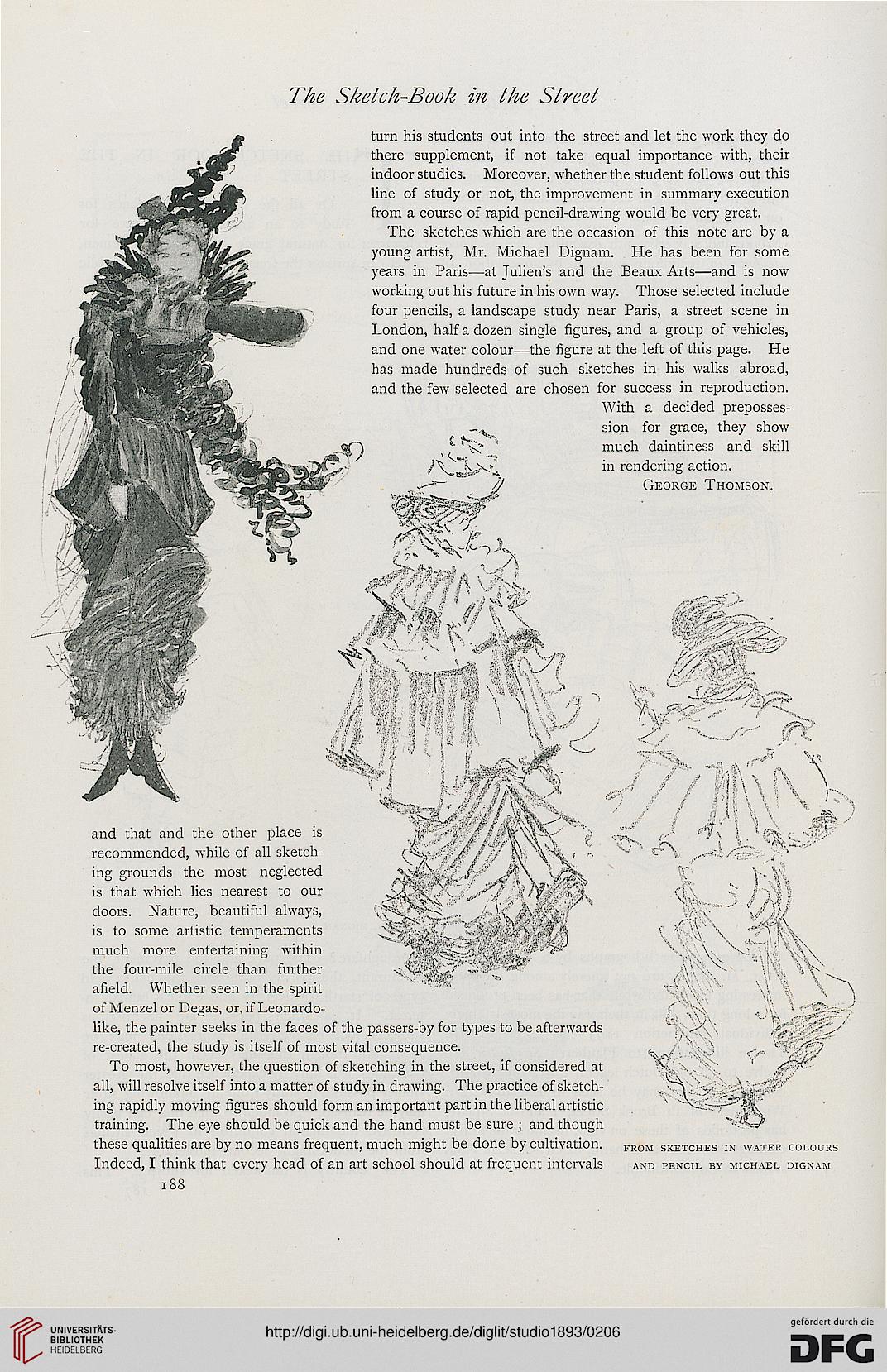 Information about OCR text
The Sketch-Book in the Street

turn his students out into the street and let the work they do
there supplement, if not take equal importance with, their
indoor studies. Moreover, whether the student follows out this
line of study or not, the improvement in summary execution
from a course of rapid pencil-drawing would be very great.

The sketches which are the occasion of this note are by a
young artist, Mr. Michael Dignam. He has been for some
years in Paris—at Julien's and the Beaux Arts—and is now
working out his future in his own way. Those selected include
four pencils, a landscape study near Paris, a street scene in
London, half a dozen single figures, and a group of vehicles,
and one water colour—the figure at the left of this page. He
has made hundreds of such sketches in his walks abroad,
and the few selected are chosen for success in reproduction.

With a decided preposses-
-.^ sion for grace, they show

like, the painter seeks in the faces of the passers-by for types to be afterwards ft<(V ■■■■■ '

re-created, the study is itself of most vital consequence. %^ o zffiK?

To most, however, the question of sketching in the street, if considered at '

all, will resolve itself into a matter of study in drawing. The practice of sketch- ( \S . ^ja

training. The eye should be quick and the hand must be sure ; and though "**.^cs!»

these qualities are by no means frequent, much might be done by cultivation. from sketches in water colours

Indeed, I think that every head of an art school should at frequent intervals and pencil by michael dignam
188