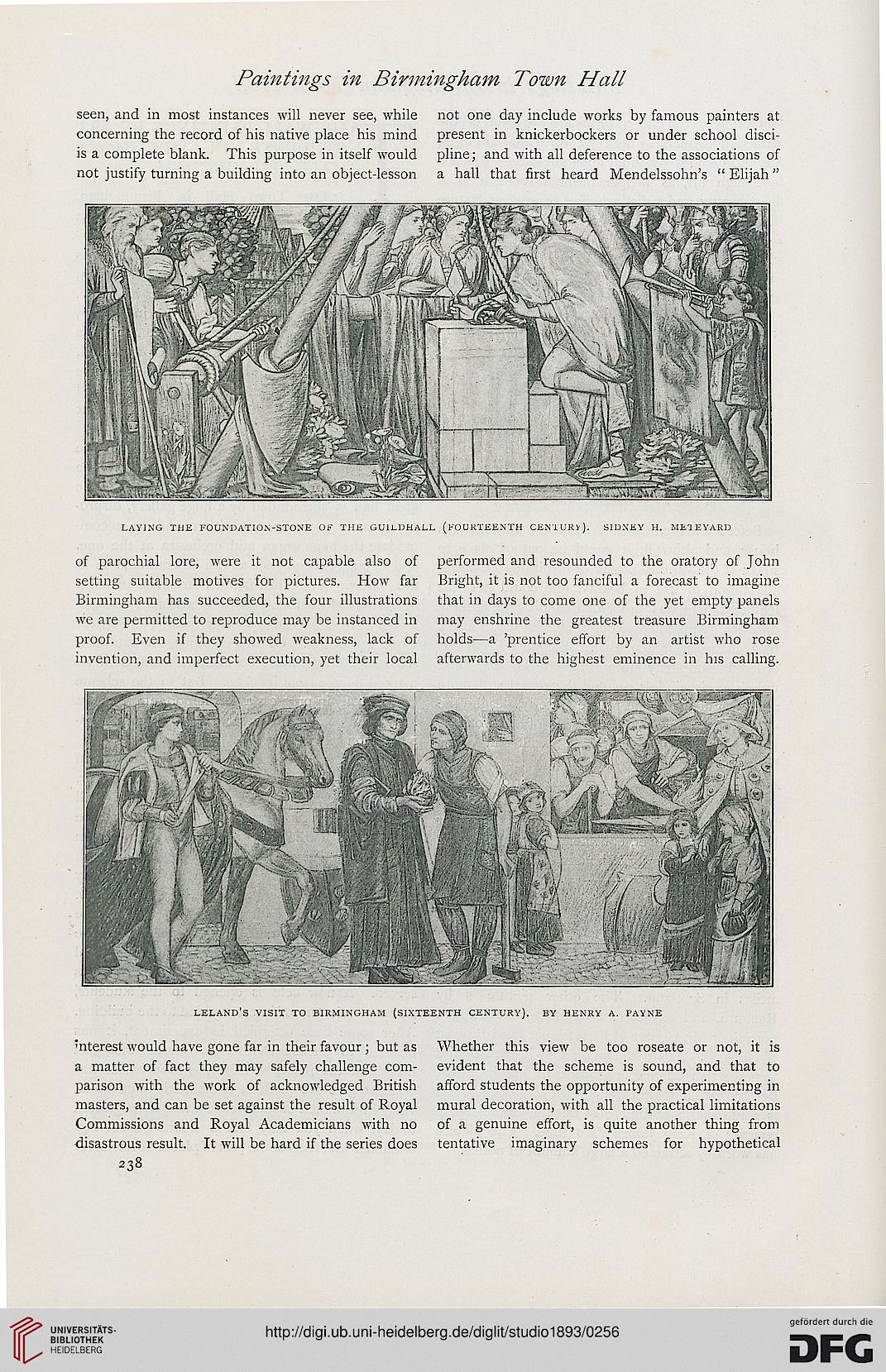 seen, and in most instances will never see, while not one day include works by famous painters at
concerning the record of his native place his mind present in knickerbockers or under school disci-
is a complete blank. This purpose in itself would pline; and with all deference to the associations of
not justify turning a building into an object-lesson a hall that first heard Mendelssohn's " Elijah "

of parochial lore, were it not capable also of performed and resounded to the oratory of John

setting suitable motives for pictures. How far Bright, it is not too fanciful a forecast to imagine

Birmingham has succeeded, the four illustrations that in days to come one of the yet empty panels

proof. Even if they showed weakness, lack of holds—a 'prentice effort by an artist who rose

invention, and imperfect execution, yet their local afterwards to the highest eminence in his calling.

LELAND'S VISIT TO BIRMINGHAM (SIXTEENTH CENTURY). BY HENRY A. PAYNE

"nterest would have gone far in their favour; but as
a matter of fact they may safely challenge com-
parison with the work of acknowledged British
masters, and can be set against the result of Royal
Commissions and Royal Academicians with no
disastrous result. It will be hard if the series does
238

Whether this view be too roseate or not, it is
evident that the scheme is sound, and that to
afford students the opportunity of experimenting in
mural decoration, with all the practical limitations
of a genuine effort, is quite another thing from
tentative imaginary schemes for hypothetical