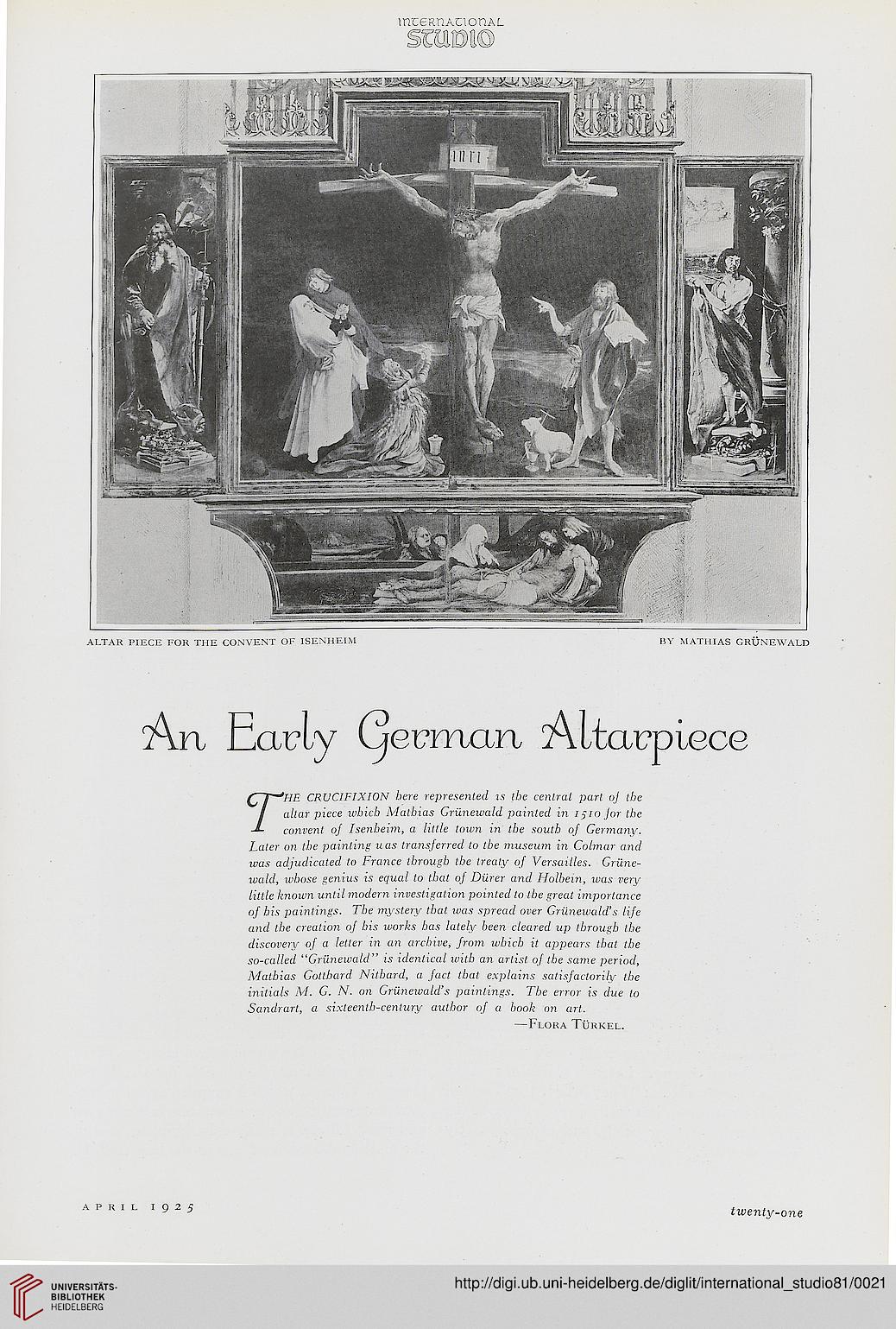 altar piece for the convent of isenheim by mathias grunewald

(~J~~'HE CRUCIFIXION here represented is the central part of the
I altar piece which Mathias Criinewald painted in 1510 for the
convent of Isenheim, a little town in the south of Germany.
Later on the painting uas transferred to the museum in Colmar and
was adjudicated to France through the treaty of Versailles. Criine-
wald, whose genius is equal to that of Diirer and Holbein, was very
little known until modern investigation pointed to the great importance
of his paintings. The mystery that was spread over Crunewald's life
and the creation of his works has lately been cleared up through the
discovery of a letter in an archive, from which it appears that the
so-called "Criinewald" is identical with an artist of the same period,
Mathias Cotthard Nilhard, a fact that explains satisfactorily the
initials M. C. N. on Crunewald's paintings. The error is due to
Sandrart, a sixteenth-century author of a book on art.