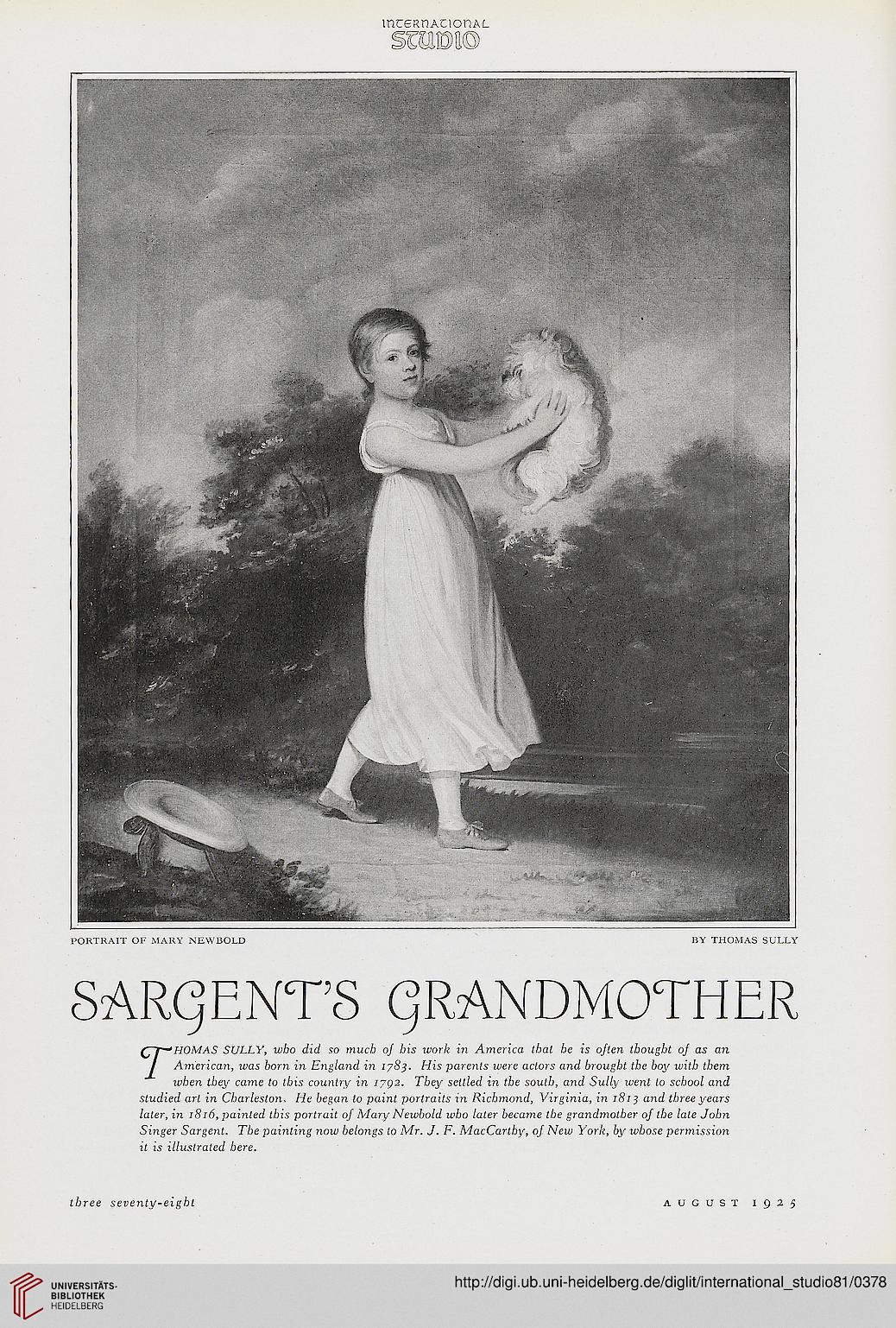 Cf^HOMAS SULLY, who did so much oj his work in America that he is often thought oj as an
I American, was born in England in 1783. His parents were actors and brought the boy with them
when they came to this country in 7792. They settled in the south, and Sully went to school and
studied art in Charleston. He began to paint portraits in Richmond, Virginia, in 1813 and three years
later, in 1816, painted this portrait of Mary Newbold who later became the grandmother of the late John
Singer Sargent. The painting now belongs to Mr. J. F. MacCarthy, of New York, by whose permission
it is illustrated here.